US Congressional delegation arrives in Taiwan after Nancy Pelosi's visit

A US congressional delegation arrived in Taiwan on Sunday, August 14, 2022, shortly after extensive Chinese military maneuvers around the island sparked by the visit of the Speaker of the House… 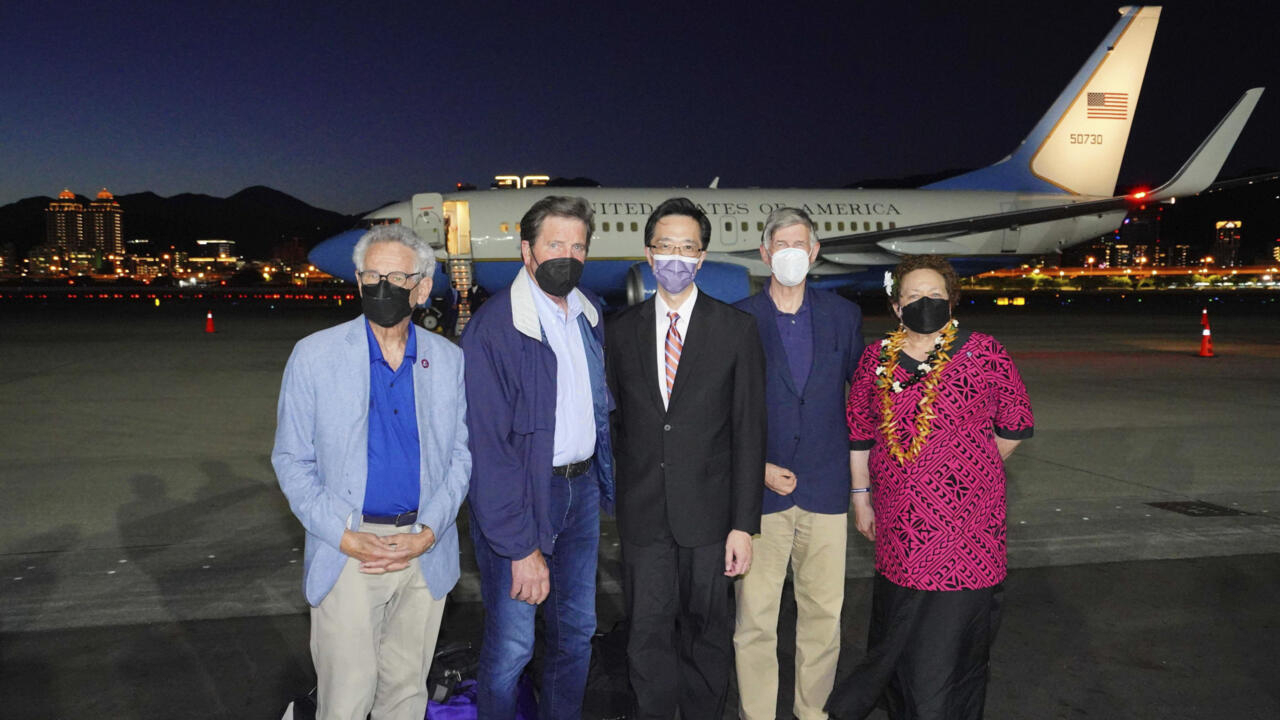 US Congressional delegation arrives in Taiwan after Nancy Pelosi's visit

Several members of the United States Congress arrived in Taiwan on August 14, 2022, for a visit, after the passage of Nancy Pelosi and the Chinese military maneuvers that followed around the island.

A US congressional delegation arrived in Taiwan on Sunday August 14, 2022, shortly after extensive Chinese military maneuvers around the island triggered by the visit of the Speaker of the US House of Representatives.

The unannounced five-person visit is scheduled to last until Monday, according to the American Institute in Taiwan, the

US embassy on the island.

The visit comes days after the end of Beijing's largest-ever military maneuvers around Taiwan, in response to a visit by US House of Representatives Speaker Nancy Pelosi that had infuriated China.

Taipei has accused China of using Nancy Pelosi's visit as an excuse to practice an invasion.

In response, the United States reaffirmed its commitment to the region.

The US parliamentarians – a senator and four representatives, Democrats and a Republican – will notably meet President Tsai Ing-wen and Foreign Minister Joseph Wu, according to the Taiwanese Ministry of Foreign Affairs.

” the US Institute said in a statement.

We thank the like-minded #US🇺🇸 lawmakers for the timely visit & unwavering support.

“Resolute support from the United States”

Taiwan's foreign minister welcomed the visit in a statement: "

As China continues to escalate tensions in the region, the US Congress has again sent a high-level delegation to Taiwan, demonstrating a friendship that is not afraid of China's threats and underscores the United States' strong support for Taiwan

China considers Taiwan, with a population of around 23 million, to be one of its provinces, which it has yet to successfully reunify with the rest of its territory since the end of the Chinese Civil War ( 1949).

Opposed to any initiative giving the Taiwanese authorities international legitimacy, Beijing is against any official contact undertaken by other countries with Taiwan.

with the maneuvers launched by Beijing

in retaliation, Taiwan had organized its own exercises simulating the organization of its defense against a Chinese invasion.

Beijing only ended its drills after it reiterated its threats to Taipei and said it would continue to patrol the Taiwan Strait.

on Wednesday  detailing how Beijing plans to take over the island, including through economic incentives.

The last White Paper on Taiwan published by China dates back to 2000.

Washington responded on Friday by announcing

a strengthening of its trade relations

with Taiwan and new air and sea crossings in the strait, in response to