Tons of dead fish in Germany and Poland - suspect spills

In recent weeks, tons of dead fish have washed up in the Oder River, which runs along the border between Germany and Poland. The authorities describe the whole thing as an ecological disaster, and both countries suspect that a spill may be the cause. - The extent is so great that it may take years for the Oder to return to a reasonably normal state, says Polish Prime Minister Mateusz Morawiecki, according to Reuters. 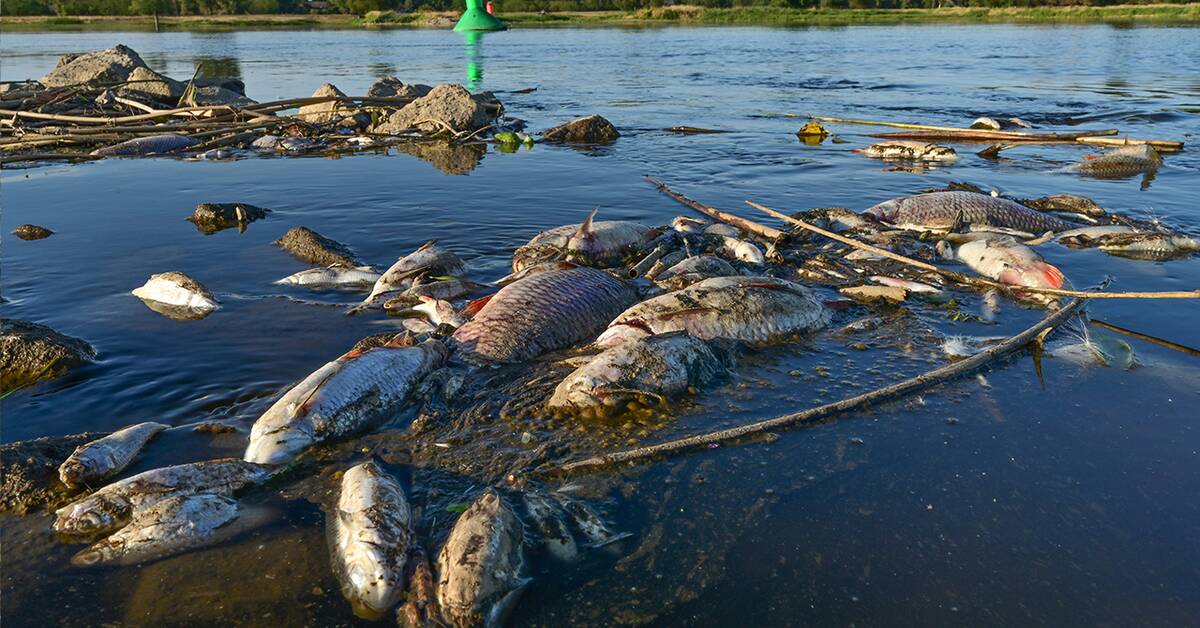 The death of fish in the Oder was first discovered at the end of July, when fishermen found several tons of dead fish near the town of Olawa in southeastern Poland.

Since then, similar reports have come from several locations along the waterway, which stretches from the Czech Republic in the south to the Baltic Sea in the north.

Last in line is the German city of Frankfurt an der Oder, where residents are now being asked to stay away from the water, writes Deutsche Welle.

Exactly what caused the fish death is still unclear, but both German and Polish representatives suspect that a spill may be behind it.

According to information to the German RBB, water samples from the state of Brandenburg have shown elevated levels of mercury.

According to Anna Sobek, who is professor of environmental science at Stockholm University, suspicions of a release are strengthened by the spread of the problem.

- Fish are sensitive to lack of oxygen and then you can also get these types of mass death, but here we have seen how it goes like a wave of dead fish.

It has not only happened locally, but first in Poland and then further up in Germany.

Then you are dealing with a release, she says.

She also sees it as likely that it would be mercury in particular, given the information that the authorities have provided so far.

It is an element, so it does not break down but remains in the environment in one way or another.

The Baltic Sea can be affected

At the same time, environmental organizations are criticizing the Polish government, which they believe should have raised the alarm earlier.

German authorities have also expressed frustration that the cooperation did not work, writes the Reuters news agency.

At the same time, there is also concern that the fish kill will spread further north.

- If it is now mercury, there is of course a great risk that it will also affect the Baltic Sea, above all the area where the Oder flows out.

But eventually it will be diluted, so it is not the case that the entire Baltic Sea will have a mercury load, says Anna Sobek.