Paris SG: evening of premieres for Mbappé and Galtier at the Parc

Kylian Mbappé, recovered from his discomfort with adductors, finally launches his season with Paris SG on Saturday against Montpellier at the Parc des Princes, where new coach Christophe Galtier is making his big debut... 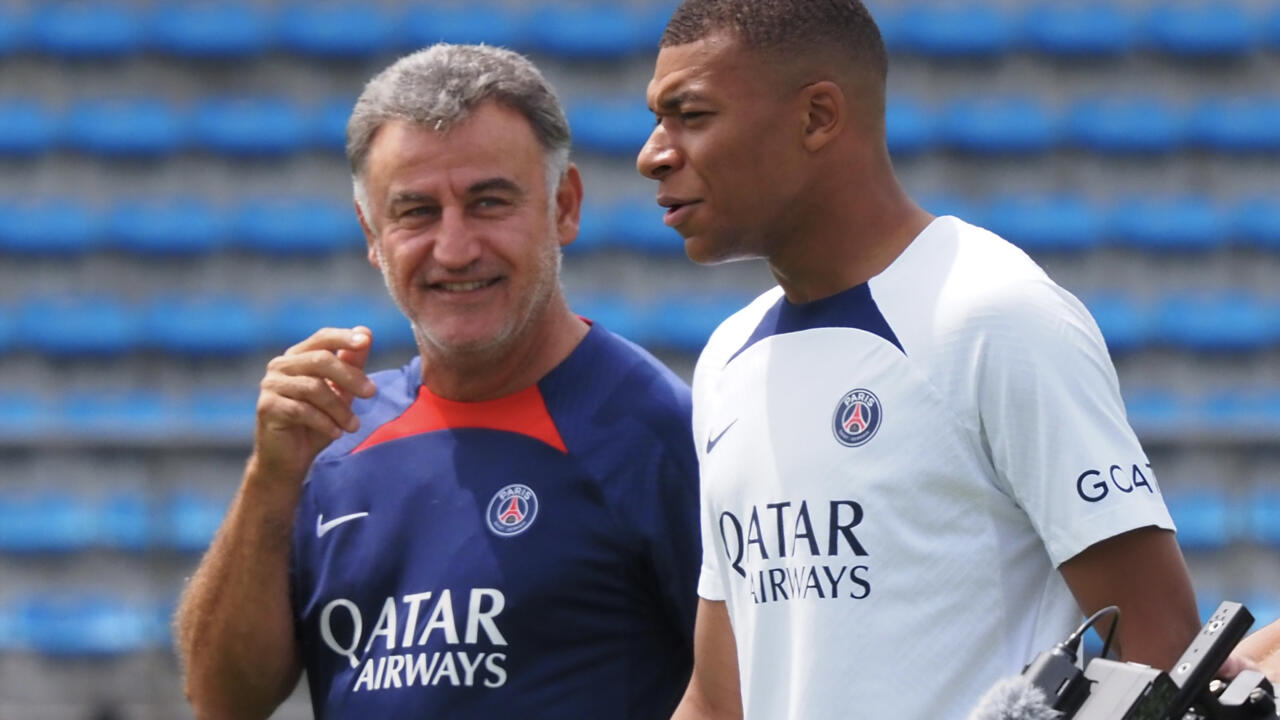 Suspended for the Champions Trophy (4-0 against Nantes), July 31, and forfeited because of an injury to Clermont last week (5-0) at the opening of Ligue 1, Mbappé left the beautiful role to the Lionel Messi-Neymar duo, who took advantage of his absence to take center stage by multiplying class actions.

This is to say if the French world champion must be stamping with impatience, he who was erected at the head of the gondola of the capital club after the extension of his contract at the end of May until 2025, at the end of a planetary suspense .

To show who really is the boss at PSG, the quadruple top scorer in L1 will undoubtedly be keen, during this second day, to martyr the fragile Montpellier defense, which conceded two goals against Troyes (3-2) last Sunday.

Especially since physically, the lights are green for the native of Bondy (23 years old).

"He doesn't have a lot of minutes in his legs but he's in good shape. His little discomfort the day before the match in Clermont has completely disappeared and he's come back very dynamic this week. I have no fear that Kylian get up to speed quickly," Galtier said Thursday.

The return of Mbappé, however, sends the technician back to the main project of his start of his mandate: to make his three stars live together in attack without harming the balance of his team.

The absent Frenchman, Messi and Neymar shone, supported by a more studious Pablo Sarabia in the defensive withdrawal.

What will happen with "Kyky"?

"There is no difficulty in integrating Kylian Mbappé, assures Galtier. Do you realize the privilege of being able to count on Kylian in this trio? I worked a lot on the associations during the week and I also watched a lot this which was done last season in different offensive patterns and animations. They are used to playing together all three and are very efficient. They know each other perfectly and know how to play for each other. It is an additional asset to have Kylian".

In any case, Galtier is counting on his prodigy to ignite the Park and allow him to pass his first exam in front of the Parisian fans.

The former Nice coach was greeted with some doubts by supporters, worried about his lack of experience on the European scene and questioning his ability to manage a locker room populated by oversized egos.

His Marseille origins, his past as a player trained at OM as well as a statement on the atmosphere of the Parc des Princes during his presentation on July 5 ("It may not be the place where there is the biggest atmosphere") only irritated the ultras a little more, already in conflict with the club after the elimination in the knockout stages of the Champions League against Real Madrid last March.

Remarks described as "clumsy, useless and hurtful" by Romain Mabille, the president of the CUP (Collectif Ultra Paris).

Galtier had to make amends in an interview with L'Equipe on July 16, claiming to have "poorly expressed" and said he was ready to meet the supporters to break the abscess.

He expects a "warm welcome".

"There will be emotion, it will be full, he explained. At 55, I will be on the good side and I am very happy to be here. The past is the past , and a white book has opened since July 4 (date of his appointment, editor's note). There is a good state of mind and I want my team to bring the supporters to be behind them in terms of behavior, d investment, intensity and rhythm."