Ligue 1: in Nice, Aaron Ramsey has already conquered everyone

'He behaves magnificently': In one sentence, Nice coach Lucien Favre sums up the internal opinion of Welsh international Aaron Ramsey since his arrival on the Côte d'Azur. 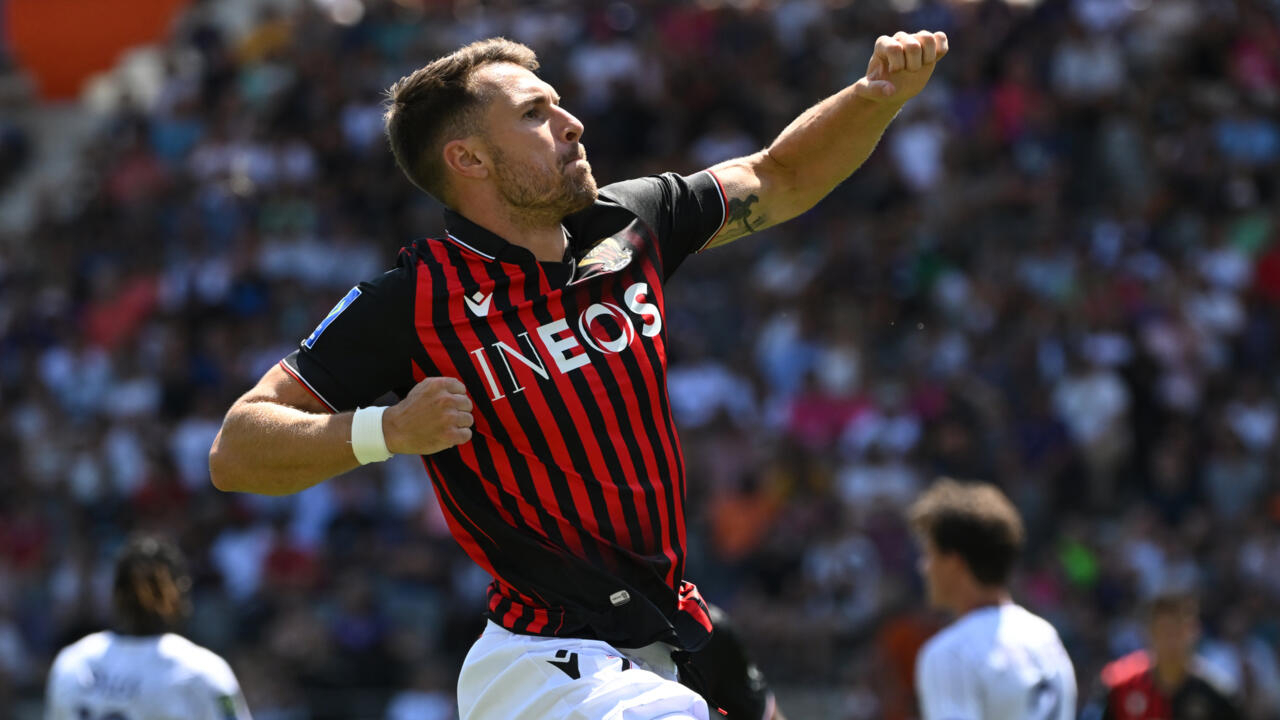 In Toulouse, during the first day, Ramsey equalized (1-1) on the second ball he touched.

A jewel inscribed after a precision strike, without control.

"He was known for scoring goals, that's what he did," savored Lucien Favre.

The Swiss technician was quickly won over by the 31-year-old, who last month terminated his contract with Juventus Turin a week before committing to Nice, on the basis of "mutual interest".

"He brings us his experience, assures Favre. He has something, indisputably. He knows how to stand out intelligently, to be efficient".

In the group, "Aaron is a + super guy +", adds the Dutchman Calvin Stengs, who admits: "He made a big impression on me."

However, after offering him a quarter of an hour of play in Toulouse, Favre will "really go very gradually" with his Welsh pearl, specialist in repeated injuries for two seasons.

These "were difficult" to live with, explains Favre.

"When you're injured often, after a while, some people don't trust you anymore. That's the hardest thing for a player to digest. But he seems really happy to be there. ( ...).He behaves beautifully because he is always positive and can even be funny", he specifies.

Ramsey has not played a full match since June 5, when Wales qualified for the World Cup against Ukraine (1-0).

He was central midfielder alongside Joe Allen in a 3-4-3.

But his tactical intelligence allows him to adapt to any type of scheme.

Sunday, he will not start against Strasbourg at the Allianz Riviera … especially since he was slightly injured in the left calf in Toulouse.

However, he intends to have an impact on the game.

On Friday, he also went to recognize his new stadium, discovered during a defeat against France in preparation for Euro-2020 (0-3, June 2, 2021).

The day before, he also had the opportunity to discuss at length with Arsène Wenger, invited by the club and who was his mentor at Arsenal.

Like Favre, the French manager is certain of the contribution of the ex-Gunner this season.

It must be said that everything is done, at the club, so that Ramsey feels integrated.

"Dave (Brailsford, Sport Director at Ineos, Welsh like him, editor's note) was important, explained the player during his presentation. "He quickly made me feel very comfortable here, like at home.

And the staff are fantastic."

Between Nice and Ramsey, who have united for one season (plus an optional one), the contract is clear: the player helps the team with his experience, his professionalism and his rise in power should allow him to arrive in good shape for the World Cup in Qatar at the end of November.

“Yes, the perspective of competing in the World Cup is very important, underlines the player with more than 70 selections. But before, I have to be focused on Nice, to help my partners to achieve the defined objectives.

In Nice, Ramsey seems to have erased all of a sudden his two galley years in Italy, punctuated by a six-month loan to Glasgow Rangers, of which he will not keep an imperishable memory, since he missed the only shot on goal from his team in the Europa League final against Frankfurt (0-0, 5 tab to 4).

"These two years have been a great experience after 11 years at Arsenal, puts the Gym's new No.16 into perspective. I stepped out of my comfort zone".

In Nice, he discovered "the history of the club", "an exciting project", which "helped me take the plunge. I'm happy to be here", he said.