The multiple forest fires that have been raging in France since the start of the summer have already released record amounts of carbon dioxide into the atmosphere, according to satellite data. Favored… 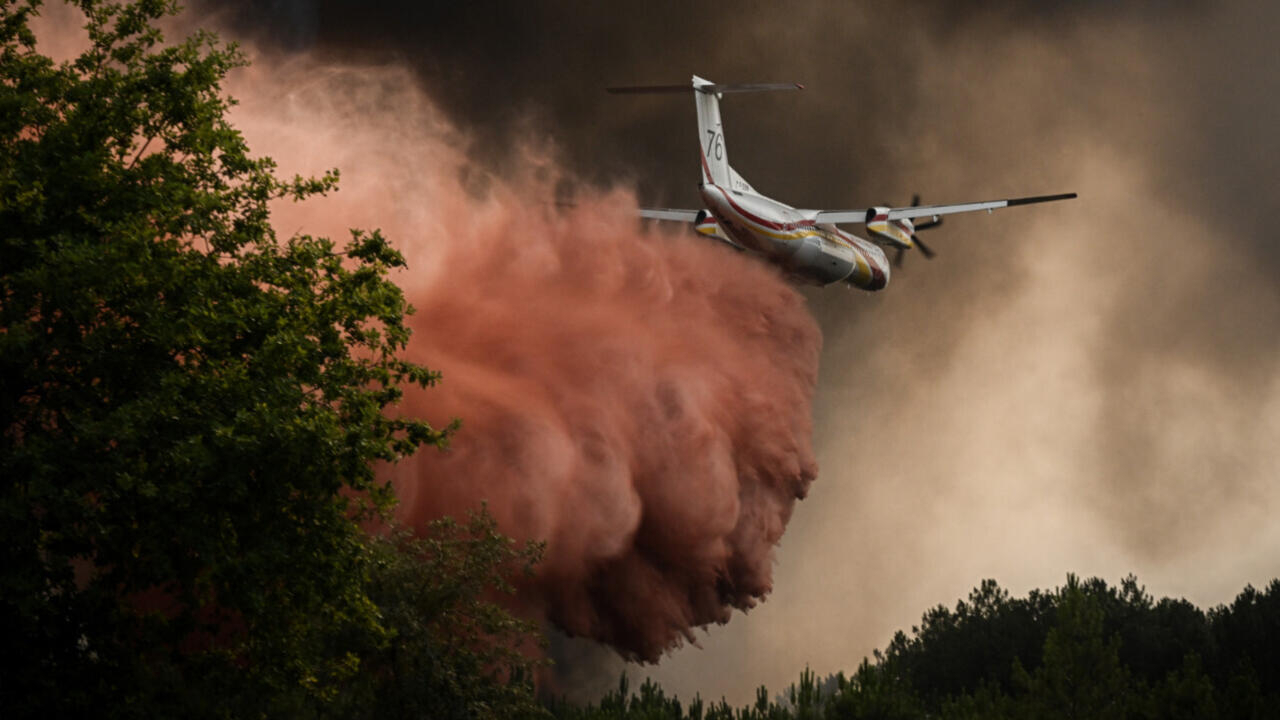 Overheated, France continues to burn in the west.

While the peak of the heat wave was reached on Friday August 12, with temperatures exceeding 41°C in the South-West, French firefighters – now supported by European reinforcements – continue to fight against forest fires, in particular by Gironde where "outstanding" fires have already devastated the forests of Landiras and Teste-de-Buch, mid-July.

The fires that raged during the recent heat waves in Europe illustrate this: global warming favors forest fires, which have already destroyed since the beginning of the year a larger area than in the whole of 2021. In France , more than 60,500 hectares have burned since the start of 2022, according to the European Forest Fire Information System (Effis), and the month of July holds the record for burned areas.

A worrying phenomenon from the point of view of carbon emissions, recalls, Friday, August 12, the European program on climate change, Copernicus (CAMS), announcing that France recorded this summer the carbon emissions from forest fires the most high since records began in 2003.

France has recorded its highest #wildfire carbon emissions from June to August since 2003 according to the latest #CopernicusAtmosphere Monitoring Service data, after a large fire ignited near Bordeaux during the current #heatwave.

The day before, the CAMS also warned of the increase in ozone levels during heat waves.

Air quality degraded by the release of CO2

A forest fire is a veritable cocktail of chemical compounds.

Among them, many greenhouse gases: mainly CO2, methane, and nitrogen oxides, which are toxic to humans.

Also, because they are more numerous and more intense, fires increasingly affect the quality of the air breathed by populations.

In France, mid-July, the smoke from the fire in Gironde, loaded with particles and nitrogen dioxide, was felt in Bordeaux, whose agglomeration has more than 800,000 inhabitants, and even in Paris, more of 500 km.

But above all, as the Copernicus report reminds us on Friday, the burning of trees releases carbon dioxide (CO2), one of the main greenhouse gases contributing to global warming.

For the June-August 2022 period alone, nearly a million tonnes of carbon were released into the atmosphere by the French fires, i.e. the equivalent of the annual emissions of 790,000 cars.

At this rate, the report tells us, the record for the whole of 2003 (nearly 1.3 million tonnes) could be beaten and make 2022 the worst year since records began.

In Spain, this record was beaten during the heat wave in mid-July, a period marked by violent fires in Extremadura (south-west) and Galicia (north-west).

The Global Fire Assimilation System (GFAS) dataset then showed that total estimated carbon emissions from fires in Spain between June 1 and July 17 were already higher than June-July totals from 2003 to 2021. .

The heat wave in the Iberian Peninsula and south-west France "has made the fires worse", explains Copernicus scientist Mark Parrington.

Smoke from the devastating #wildfires across SW Europe undergoing long-range transport across the continent in the coming days with the @CopernicusECMWF Atmosphere Monitoring Service @ECMWF forecast of carbon monoxide at 850 hPa (~1.5 km) #IncendiosForestales #FeuxDeForêt pic.twitter. com/8v2xnGcXI6

Once the fire is extinguished and the plume dissipated, the impact on the climate is assessed in relation to the trees that have gone up in smoke.

Disappeared, plants can no longer play their role as "carbon sinks" (reservoirs that store, by a natural or artificial mechanism, atmospheric carbon).

However, French forests capture 25% of the CO2 released by the country, recently recalled Sophie Szopa, atmospheric chemist, at Ouest-France.

And those who remain play their own role more difficult.

While burned forests can take thirty years to reabsorb the carbon released during the fire (if they are not burned in the meantime), the specialist adds: "Carbon sinks in France have been declining since the 1990s. , partly due to growing and drought issues. Fires are an additional pressure."

In addition to fires and carbon emissions, each heat wave also comes with its own rise in surface ozone levels, the Copernicus program reported on Wednesday.

This gas, colorless and extremely irritating, is formed during the interaction between the sun, the emissions of fossil fuels and other pollutants, rejected in particular by the automobile or industry.

It is naturally present in the atmosphere, but at high altitudes.

Lower down (surface, or tropospheric, ozone), it is a major greenhouse gas and pollutant, a component of urban smog, which harms ecosystems and human health.

“The potential impacts of very heavy ozone pollution on human health can be significant, both in terms of respiratory and cardiovascular disease,” says Copernicus Atmosphere Monitoring Service Scientist Mark Parrington in the communicated.

"High values ​​can lead to symptoms such as sore throat, cough, headache and an increased risk of asthma attacks. The Clean Air Alliance estimates that ozone pollution causes around one million additional deaths per year. That is why it is crucial that we monitor surface ozone levels."

With the new heat wave sweeping across most of Europe this week, Copernicus forecasts predict further spikes in maximum daily surface ozone levels.

Levels well above the threshold of 100 µg/m³ considered safe by the World Health Organization (WHO), and often above the European 120 µg/m³ in several European capitals.

As a new #heatwave is sweeping across most of Europe the #CopernicusAtmosphere Monitoring Service is predicting daily maximum ozone levels well above the thresholds considered safe by @WHO and the EU.#airquality #airpollution #ozone

Last March, a study published by Canadian researchers in the journal Science already mentioned the negative influence of smoke from forest fires on the state of the ozone layer.

Disturbances which could, according to them, create "holes" in the ozone layer, comparable to those which had been observed in the 1980s.