Washing your car is now prohibited in many municipalities due to drought, but many stations still welcome car cleanliness enthusiasts. 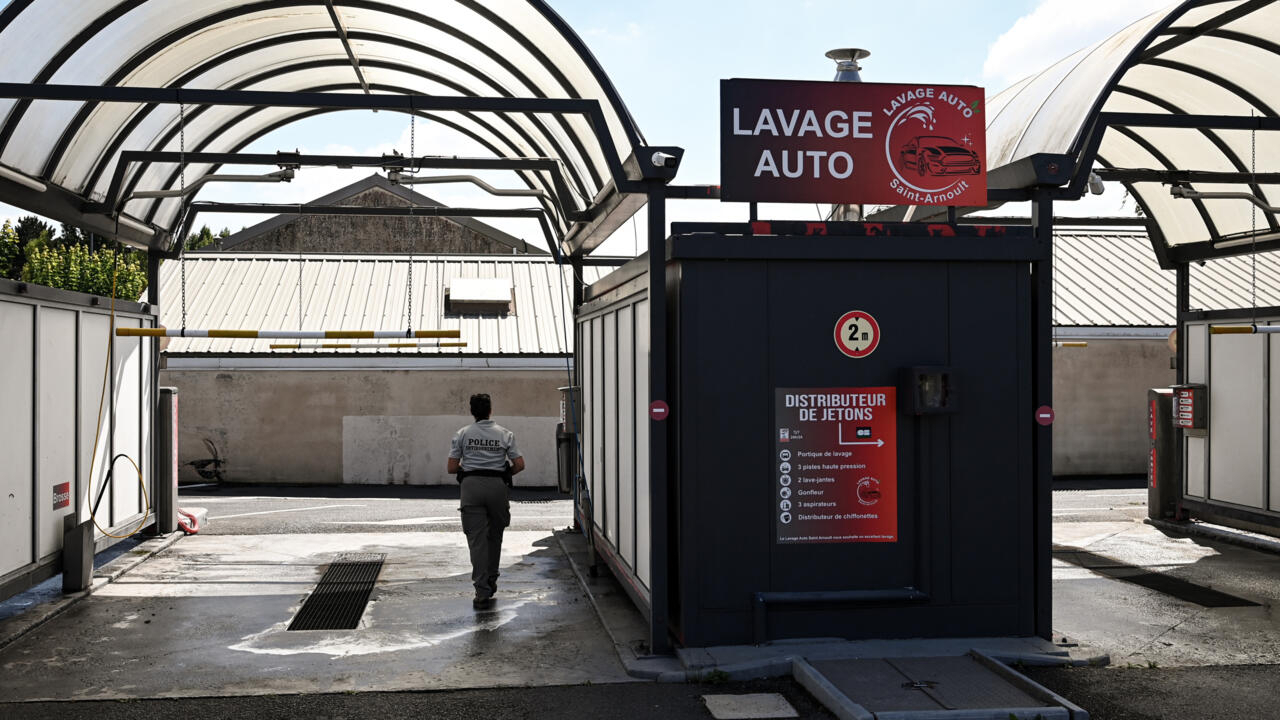 The prefecture has however explicitly banned car washing since Wednesday because almost the entire department is on drought alert.

"If I had known (that it was forbidden), I would not have done it, but not knowing it, I don't think I committed a crime", explained Robert, retired.

The only exception: stations that reuse water in an almost closed circuit are sometimes allowed to remain open.

They remain extremely rare: most reprocess the water in tanks before throwing it into the sewer.

In fact, most stations remain open.

In Pierre-Bénite, near Lyon, a station posted that washing was reserved for emergency vehicles, such as ambulances.

"Afterwards, I can't forbid people to come (...) I'm not a policeman", launches the manager of the station, Eric Marcoccia.

TotalEnergies, the sector leader with 1,000 stations, was unable to specify how many of them were closed, the situation being "evolving".

But a spokeswoman stressed that they had all been made aware of the prefectural decrees.

There is a “cacophony” at the level of the prefectures, with different measures according to the departments, explains Jean-Luc Cottet, operator of car wash centers in the Paris region and representative of the sector at Mobilians, which brings together automotive professionals.

At the entrance to Auxerre (Yonne), Jean-Claude, 50, passes his Renault Mégane between the rollers of a Total station.

"Anyway, we know we're going straight into the wall! And we, consumers, are being asked to make an effort".

It is also difficult to know if the station has a recycling system.

Some 40 km further south in the same department, the Auchan d'Avallon hypermarket has closed its car wash while the Cousin, the small river that crosses the city, is at its lowest.

According to its director, the owner of the establishment plans to set up a water recycling system to remain open for the coming summers.

"It's a bit ambiguous as a situation and not comfortable for the operators. People are asked not to wash their vehicles anymore", laments Mr. Cottet, who fears that the stations will have to close several months a year.

In total, 0.6% of the water consumed in France is used for car washing, including a third in stations, with an average of six washes per car per year.

A high-pressure jet wash consumes an average of 60 liters of water, or a very long shower.

A gantry crane consumes 120 liters and a washing tunnel 160.

"If we prevent them from going to the stations, car addicts will wash them at home. And it's polluting and water-consuming," argues Mr. Cottet.

It is forbidden to wash your car with plenty of water on the public highway, under penalty of a fine of 450 euros.

In his yard or garden, he is limited, with the obligation to collect dirty water.

A total of 5,650 checks have been carried out to enforce drought-related measures since the start of the summer, all sectors combined, with 163 fines and around twenty criminal proceedings, according to the Ministry of Ecological Transition.

And all the police, municipal and gendarmerie services are authorized to crack down.

Jean-Luc Cottet insists, however, on the "ecological" role of the washing stations, which collect 48,000 tonnes of mud each year, loaded with toxic residues.

According to him, the profession is adapting, especially in the face of competition from dry cleaning: the latter, much more expensive, uses chemicals on dozens of wipes which must then be washed … with water.