After the completion of the third phase of filling the Renaissance Dam, Ethiopia denies the existence of any cracks and Khartoum will take the necessary measures for its interests

The Ethiopian Foreign Minister denied the existence of cracks in the wall of the Renaissance Dam, after the Ethiopian Prime Minister announced on Friday that the process of the third filling of the dam had been successfully completed. For its part, Khartoum declared that it is dealing responsibly to protect its interests. 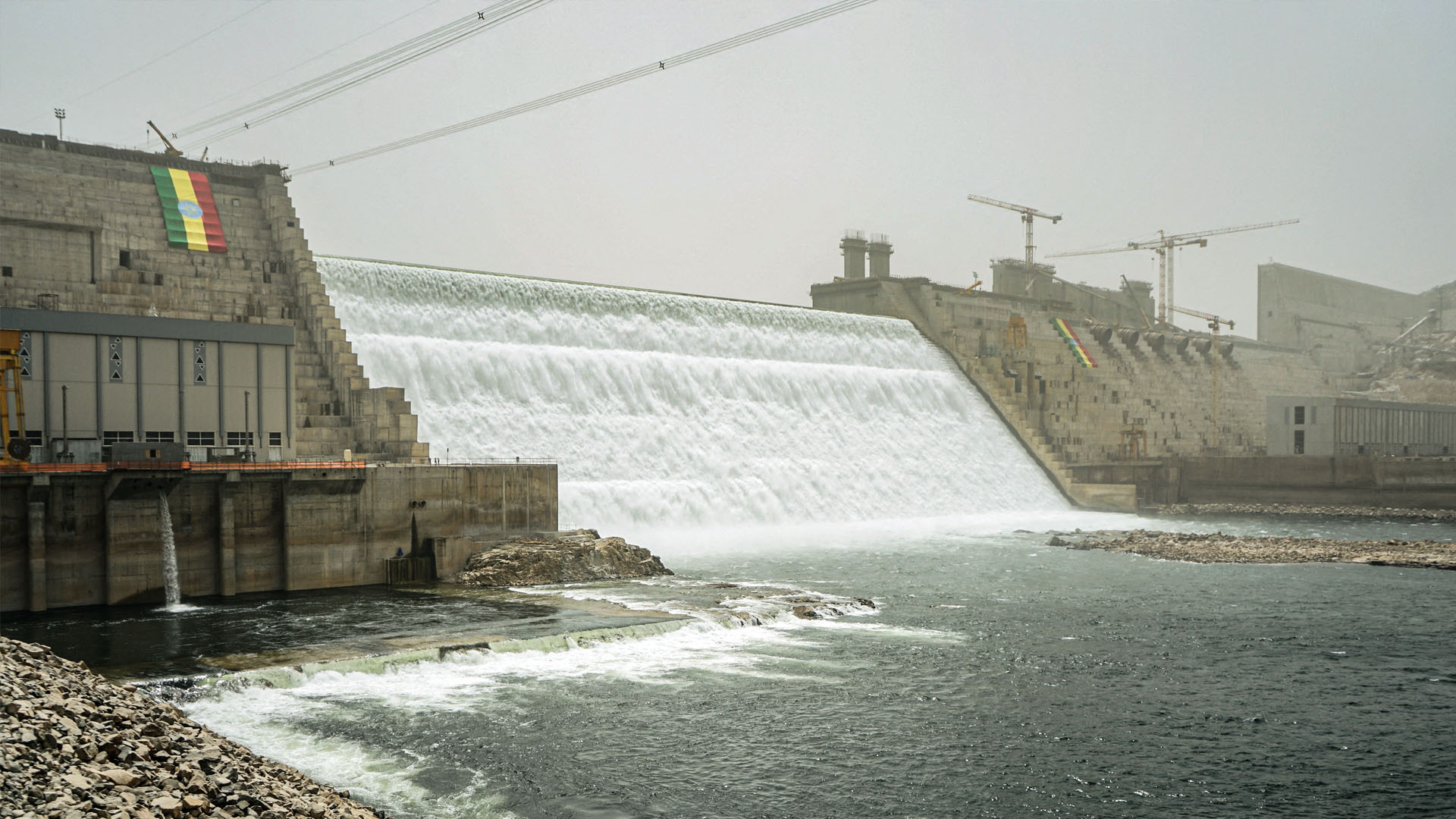 The Ethiopian Foreign Minister denied the existence of cracks in the wall of the Renaissance Dam, after the Ethiopian Prime Minister Abi Ahmed announced on Friday that the process of the third filling of the dam had been successfully completed.

For his part, the head of the Technical Negotiation Committee in Sudan said that Khartoum is dealing with the issue responsibly to protect the country's interests.

In his speech during the celebration of the completion of the third filling of the Renaissance Dam yesterday, Friday, the Ethiopian minister explained that his country “has achieved a historic achievement today by generating electric power and the third mobilization. Harm others, we have faced challenges and pressures and overcame them, this is the first time that Ethiopia has benefited from its waters.”

He pointed out that his country sent a message to the world about the need to achieve equitable use of the Nile waters, as he put it.

He called for a new phase of cooperation among the Nile Basin countries.

Earlier, the Ethiopian Prime Minister announced that the third filling of the Renaissance Dam took place in a smooth manner, and the water flowed from the middle passage without any damage to the water share of the two downstream countries.

He added that when the construction and power generation process is completed, economic benefits will be achieved for all the countries of the region and the three countries of Egypt, Sudan and Ethiopia.

Abi Ahmed indicated that "Ethiopia is keen to invest its resources and provide electricity to its people without harming others," stressing that his country's goal is to work with downstream countries to achieve common development.

Abi Ahmed officially inaugurated the first phase of electrical energy production from the Renaissance Dam last February, 7 months after the completion of the second filling of the dam's reservoir.

On Thursday, Ethiopia announced the operation of the second turbine of the Renaissance Dam in order to generate electricity, in the presence of the country's President Sahli Warak Zewdi, Prime Minister Abi Ahmed and other officials.

On the Sudanese side, Mustafa Hussein, head of the Technical Negotiation Committee for the Renaissance Dam file at the Sudanese Ministry of Irrigation, said that his country is closely watching the results of Ethiopia's latest move.

He pointed out that Khartoum will take the necessary measures in case it threatens the safety of Sudan's Roseires reservoir or its impact on agricultural projects and hydroelectricity.

Hussein added that the ministry is following up the operation of the turbine today in the Renaissance Dam and is dealing with the issue responsibly to protect the interests of Sudan. The Sudanese official affirmed his country's adherence to continuing the tripartite negotiation with a mechanism that would enable a satisfactory and binding agreement between the three parties under the auspices of the African Union.

It is noteworthy that the Egyptian Foreign Ministry announced that Ethiopia had informed it of the start of the third filling of the Renaissance Dam last July, and said that it had directed to the UN Security Council an objection to Ethiopia’s plans to fill unilaterally without an agreement with Egypt and Sudan.

Cairo and Khartoum adhere to first reaching a tripartite agreement on filling and operating the dam, to ensure the continued flow of their annual quotas of the Nile waters. However, Addis Ababa rejects this and affirms that its dam - which it began construction about a decade ago - does not aim to harm anyone.

Since the project was launched in 2011, the Renaissance Dam has sparked a conflict with Sudan and Egypt, which depend on the Nile for their water resources.

In 2011, Ethiopia launched the project, estimated at $4 billion, and aims to build the largest hydroelectric dam in Africa, but it raises regional tensions, especially with Egypt, which relies on the Nile River to provide about 90% of its irrigation and drinking water needs.

The Renaissance Dam is located on the Blue Nile in the "Bani Shanqul-Gemuz" region, about 30 km from the border with Sudan, and its length is 1800 meters and its height is 145 meters.