"The strategic interest of Warsaw": how Poland makes money on the economic problems of Ukraine

Polish companies organized the purchase of Ukrainian agricultural products at greatly reduced prices. This was reported by the Foreign Intelligence Service (SVR) of Russia. For example, for 1 ton of new crop barley, Ukrainian farmers receive only $30, which is almost five times cheaper than the real cost of this cereal. According to the SVR, due to the actions of entrepreneurs in a neighboring country, Ukrainian farms may go bankrupt. Previously, Poland became the largest transit country for Ukrainian grain. According to experts, Warsaw intends to take control of a significant part of the agricultural sector in Ukraine, taking advantage of the deep economic crisis in this country. 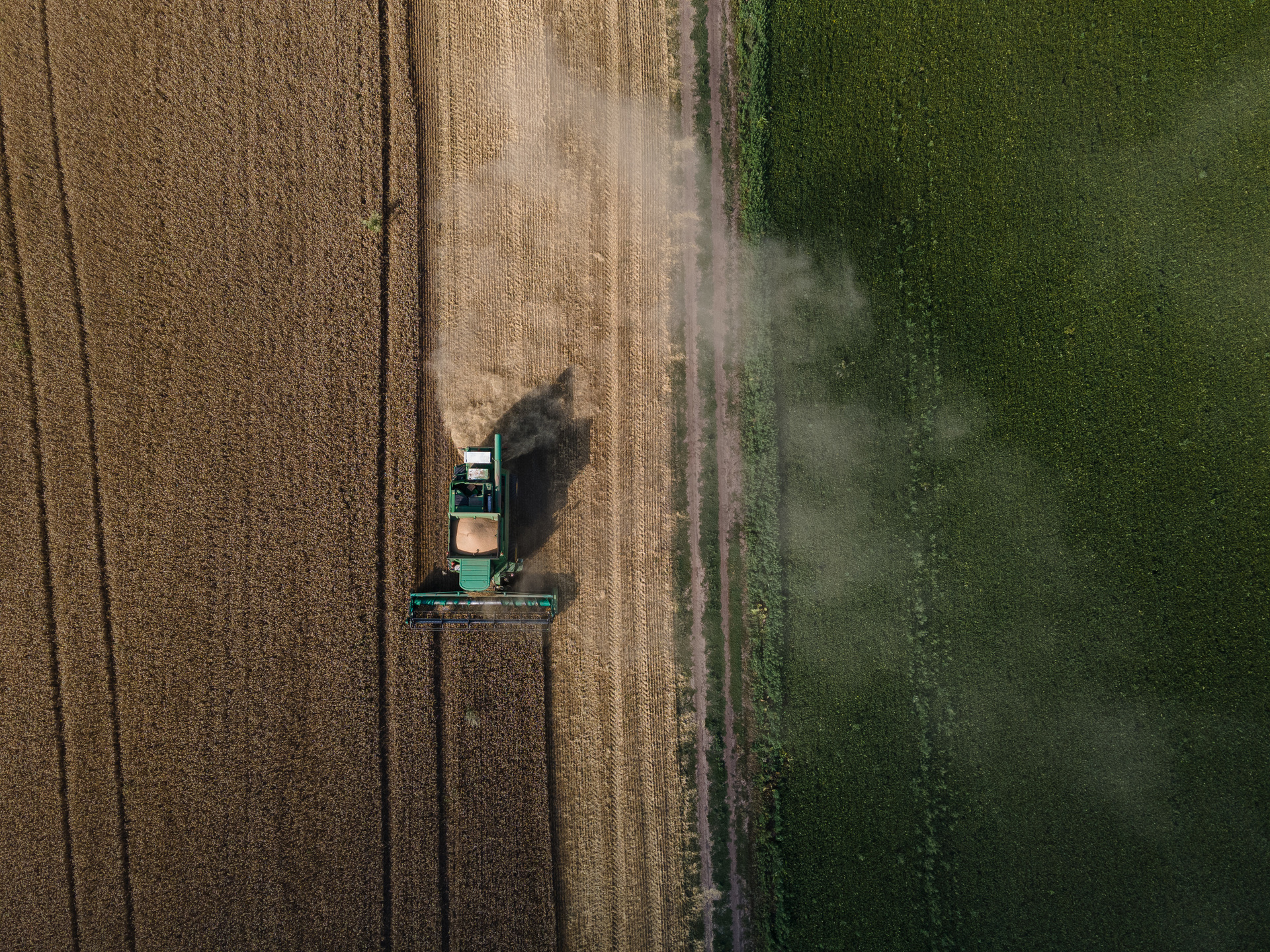 Warsaw is interested in establishing control over the most promising sectors of the Ukrainian economy.

This was reported by the press bureau of the Foreign Intelligence Service of Russia.

An example of Poland's gradual implementation of its "far-reaching plans" in relation to a neighboring country is the purchase of Ukrainian grain at bargain prices.

According to the SVR, Warsaw is taking advantage of the plight of the agrarians of Ukraine and is actually ruining them.

“First of all, this concerns agricultural production.

The tactics chosen here are simple, but very effective.

Using the current difficult situation of Ukrainian agricultural producers, including in terms of storing the harvested crops, Polish companies organized the purchase of their products at reduced prices, dooming Ukrainian enterprises to bankruptcy in a number of cases, ”the website of the Russian intelligence service says.

According to the Foreign Intelligence Service, in the future, the Poles intend to buy Ukrainian farms and lands practically for next to nothing.

“This can be illustrated, for example, by the purchase of new crop barley at $30 per ton, which is almost five times cheaper than the real cost of this product,” the Foreign Intelligence Service said.

According to information published by the SVR, Poland is currently channeling money to create a transport infrastructure "for the unimpeded export of Ukrainian food to Europe and other markets where prices are much higher."

“The implementation of these aspirations of Warsaw is facilitated by the new legal framework created by Kyiv — the law on special guarantees for Polish citizens adopted by the Verkhovna Rada at the end of July this year and the law on privatization, which allows the sale of Ukrainian industrial enterprises with a 50% discount,” the secret service reports.

Analyzing the actions of Warsaw, the Foreign Intelligence Service came to the conclusion that the Ukrainian authorities, in fact, have already begun to sell the country, giving priority in this "business project" to the Polish neighbors.

Recall that the law on special guarantees for Polish citizens was approved by the Verkhovna Rada on July 28.

The document allows the Poles to freely stay on the territory of Ukraine for 18 months from the date of its adoption.

The law was initiated by President of Ukraine Volodymyr Zelensky as a token of "gratitude to the Polish people for their solidarity and support for Ukraine."

On the same day, July 28, in the second reading, the Verkhovna Rada adopted a law on simplifying the privatization of state property.

As Elena Shulyak, head of the Servant of the People party, explained in her Telegram channel, the document should contribute to the restoration of the Ukrainian economy.

According to her, state assets, which are now falling into decay and idle, will fall under the sale.

The privatization of objects belonging to the Ukrainian state will start on September 1.

As Prime Minister Denys Shmygal stated on August 3 at a conference call with the heads of regions of Ukraine, the government has developed all the necessary by-laws that will speed up the sale of state property as much as possible.

The Cabinet of Ministers of Ukraine expects that privatization will benefit farmers.

In particular, the Ukrainian government is going to organize auctions for elevator capacities and grain processing plants.

August 6 during the telethon and.

Chairman of the State Property Fund of Ukraine Olga Batova said that the sale starting in September will affect bakeries, distilleries and "those facilities that can help the country solve the problem with grain, with grain storage facilities."

According to experts interviewed by RT, in the context of ongoing hostilities, the cost of Ukrainian state assets will be ridiculous.

As a result, Polish companies will have the opportunity to create their own infrastructure for the production, storage and processing of agricultural products, including cereals, in Ukraine.

“The strategic interest of Warsaw is to control as many agricultural assets and lands of Ukraine as possible.

Therefore, the Polish authorities took advantage of the difficult situation in which their neighbor found himself with the start of the special operation, ”said Alexander Dudchak, a leading researcher at the Institute of CIS Countries, in a commentary on RT.

Back in the spring, when the Black Sea ports of Ukraine were in complete blockade, Poland expressed its desire to become a kind of hub for storing and transporting Ukrainian grain.

To this end, Warsaw agreed with the Kyiv regime to increase the volume of transportation of agricultural products by rail and highways.

For the development of infrastructure for the mass export of grain from a neighboring country, the Polish government requested funding from Brussels.

The EU authorities went to meet Poland, allocating funds for the development of infrastructure.

Poland also agreed with the United States to support the construction of temporary storage facilities for grain from Ukraine in the country.

In June, on the air of Polish Radio, the head of the Prime Minister's Office, Michal Dvorczyk, said that the country had become the main transit country for Ukrainian agricultural products.

“The fact that we have become a transit country brings tangible profits to Polish entrepreneurs.

On the one hand, we help Ukrainians, on the other hand, Polish entrepreneurs win, ”TASS quotes Dvorchik.

At the same time, not everyone in Poland is sure that the role of a hub of Ukrainian grain is an absolute boon for the country.

For example, the current opposition leader, ex-Prime Minister of Poland Donald Tusk said that if part of the flow of cheap Ukrainian grain is sold in Poland, this will reduce the profitability of national economies.

Dudchak believes that Tusk is a little disingenuous when he talks about the dangers of a large amount of Ukrainian grain.

The expert recalled that Poland is fully self-sufficient in grain and exports a large part of the crop.

In this regard, the economist doubts that Ukrainian grain will reach the domestic market of Poland.

“This year, Poland plans to sell about 7 million tons of grain abroad.

That is, the domestic consumer does not need Ukrainian products.

Warsaw's policy is to establish a scheme that will make it possible to make good money on the export of Ukrainian products.

Judging by the information of the SVR on bargain purchase prices, Warsaw is close to realizing its goal, ”Dudchak argues.

However, according to the expert, the food deal concluded on July 22 in Istanbul can interfere with the ambitious plans of Warsaw to a certain extent.

To comply with the agreements reached by the Russian Federation, Turkey, Ukraine and the UN, a joint coordination center has been launched since July 26.

At the moment, several ships have left Ukrainian harbors.

However, according to Dudchak, it is still difficult to predict how significant the volume of Ukrainian agricultural products transported through the Black Sea will be.

“The development of the situation in the Odessa and Nikolaev regions is difficult to predict.

Therefore, in my opinion, Poland will still retain an important role in the transportation of Ukrainian products.

At the same time, judging by the information of the SVR, Ukrainian farmers will not get anything from this, ”says Dudchak.

In an interview with RT, Sergey Margulis, senior lecturer in the department of international politics and foreign regional studies at the Institute of Social Sciences of the RANEPA, said that the Kyiv regime is ready to give Poland almost any assets due to high spending on the army and the purchase of foreign weapons.

“Warsaw is taking advantage of Ukraine's financial and logistical problems and, I think, will increase the re-export of Ukrainian products to the EU and to the markets of other countries,” Margulis said.

Along with this, as the expert predicts, Warsaw will greatly benefit from the increased flow of labor from Ukraine, including qualified specialists.

According to Margulis, at the expense of Ukrainian labor resources, Poland can get rid of the shortage of personnel in various sectors of the economy.

“Agriculture, forest resources and labor force - by and large, Poland is not interested in anything else.

Warsaw does not admit this publicly, but since the beginning of the special operation, it has been acting in such a way as to turn a noticeably weakened Ukraine into at least an appendage of its economy, ”summed up Margulis.