It is bombed and warns of disaster.. Here are facts about nuclear reactors at the Zaporozhye plant in Ukraine

The Zaporozhye nuclear power plant in southern Ukraine has been bombed in recent days, raising fears of a nuclear disaster just 500 kilometers from the site of the 1986 Chernobyl disaster. 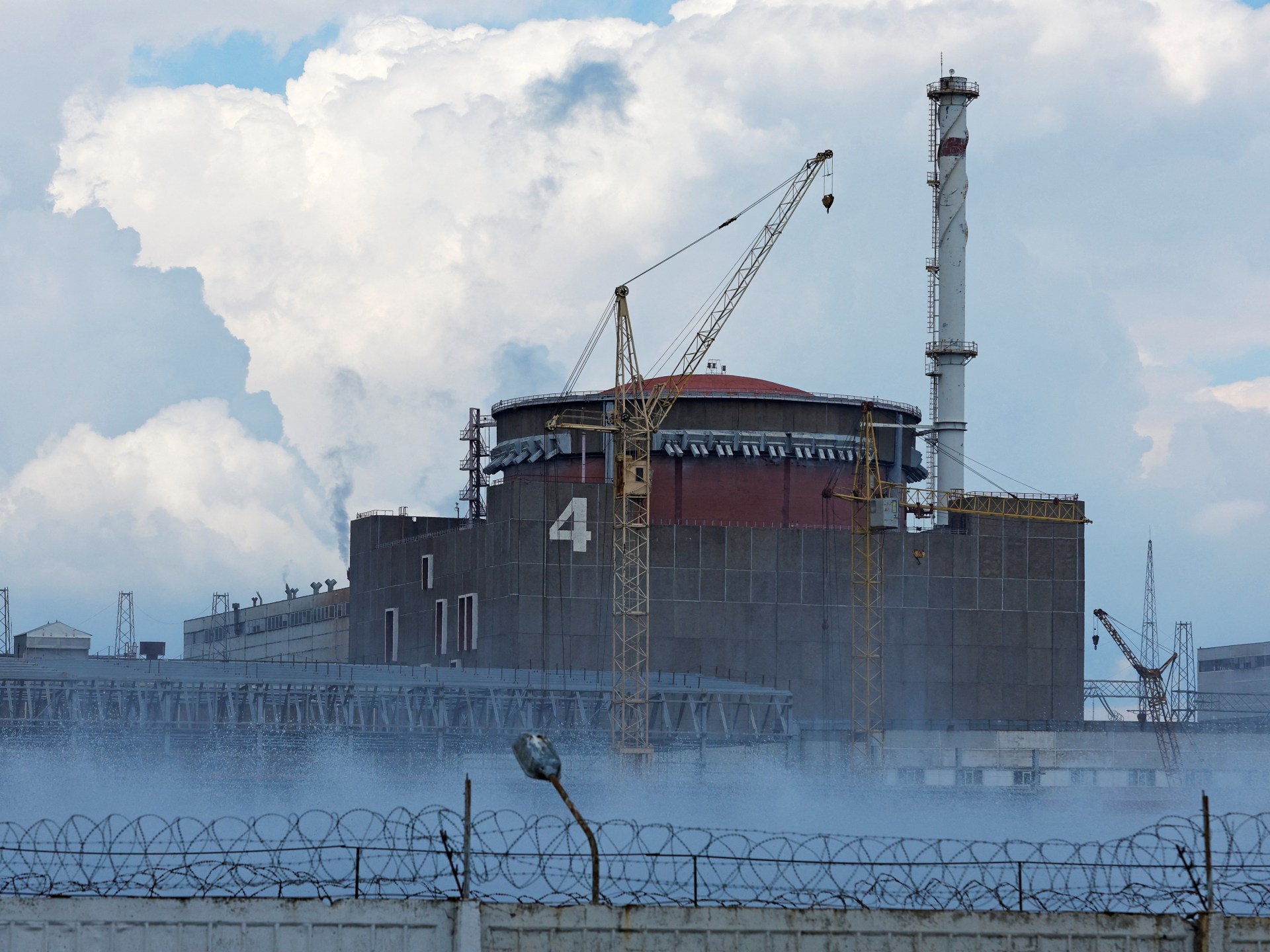 The Zaporozhye nuclear power plant in southern Ukraine has been bombed in recent days, raising fears of a nuclear disaster just 500 kilometers from the site of the 1986 Chernobyl disaster, considered the world's worst nuclear accident.

United Nations Secretary-General Antonio Guterres called on Russia and Ukraine to stop fighting in all its forms near the station, after renewed shelling on Thursday.

What is the Zaporozhye station?

The Zaporozhye nuclear power plant contains 6 reactors designed by the former Soviet Union, and they are called “hydro-capacity VVR-1000 V-320” reactors, which are cooled by water and their neutrons also calmed by water, and are powered by uranium 235, which is the largest plant in Europe and one of the The largest power stations in the world.

Construction began in 1980, and its sixth reactor was connected to the grid in 1995.

Each of Zaporozhye's six units has a net capacity of 950 megawatts, or a total of 5.7 gigawatts electrical, according to the International Atomic Energy Agency's database.

What are the risks to the reactors?

The greatest danger to reactors arises from reduced water supplies.

Pressurized water is used to transfer heat away from the reactor and to slow the movement of neutrons to enable uranium-235 to continue its chain reaction.

If the water is cut off and auxiliary systems such as diesel generators fail to keep the reactor cool due to an attack, for example, the nuclear reaction will slow, but its temperature will increase very quickly.

At such high temperatures, hydrogen can be released from the zirconium layer, and the reactor begins to melt.

However, experts say the building housing the reactors is designed to contain radiation and withstand major blows, meaning that the risk of a major leak is still limited.

"I don't think there would be a high probability of a breach of a containment building, even if it was accidentally hit by an explosive projectile," says Mark Weinman, a researcher in nuclear materials at Imperial College London.

As for the possibility of damage to the reactor as a result, it is much less, and this means that the radioactive material is well protected.

What about spent fuel?

“Spent fuel pools are just big pools with rods of uranium fuel that get very hot depending on how long they stay there,” says MIT environmental historian Kate Brown.

"If the water is not replenished every now and then, the water will evaporate. Once the water evaporates, the zirconium layer will heat up and can catch fire, and then we will have a bad situation. A radioactive uranium fire is very similar to what happened at Chernobyl." It will release a whole range of radioactive isotopes."

In addition, there are 2,200 tons of nuclear material in the plant along with the reactors, according to the document.

Who controls the station?

Russian forces took control of the plant in early March, and Ukrainian technicians continue to operate it, but Russian special military units guard the facility, and Russian nuclear specialists are advising.

The International Atomic Energy Agency has warned that Ukrainian workers are working under severe pressure.

Brown said that in the event of a nuclear accident, it was not clear who would deal with it.

"We don't know what will happen when we have a nuclear emergency in the midst of war.

What happened so far?

The plant was bombed in March, but there was no radioactive leak and the reactors were not damaged.

Russia and Ukraine blamed each other for that strike.

In July, Russia said Ukraine had repeatedly bombed the vicinity of the station, using drones and missiles.

On August 5, the plant was bombed twice, power lines were damaged, and an area near the reactors was hit.

Russia said the Ukrainian 45th Artillery Brigade also bombed the vicinity of the station with 152mm shells from the other bank of the Dnipro River.

On August 6, the bombing was renewed and an area adjacent to the nuclear fuel dry storage facility was hit.

The Ukrainian company said that Russia had fired missiles at the station, while Russian forces said that Ukraine had hit it with a 220mm Uragan missile launcher.

On August 7 the station was bombed again, and Russia said that the Ukrainian 44th Artillery Brigade had bombed the station and damaged one of the high-voltage lines.

The Russian Defense Ministry said the capacity of the fifth and sixth reactors had been reduced to 500 megawatts.