Fire in Morbihan: "A fantastic tourist place" gone up in smoke

​A major fire broke out in Campénéac, in Morbihan, near the Paimpont forest on the night of August 11 to 12.&nbsp;At least 230 hectares have already burned.&nbsp;Firefighters have been mobilized since 1:30 a.m. in the morning, to try to bring the fire under control. 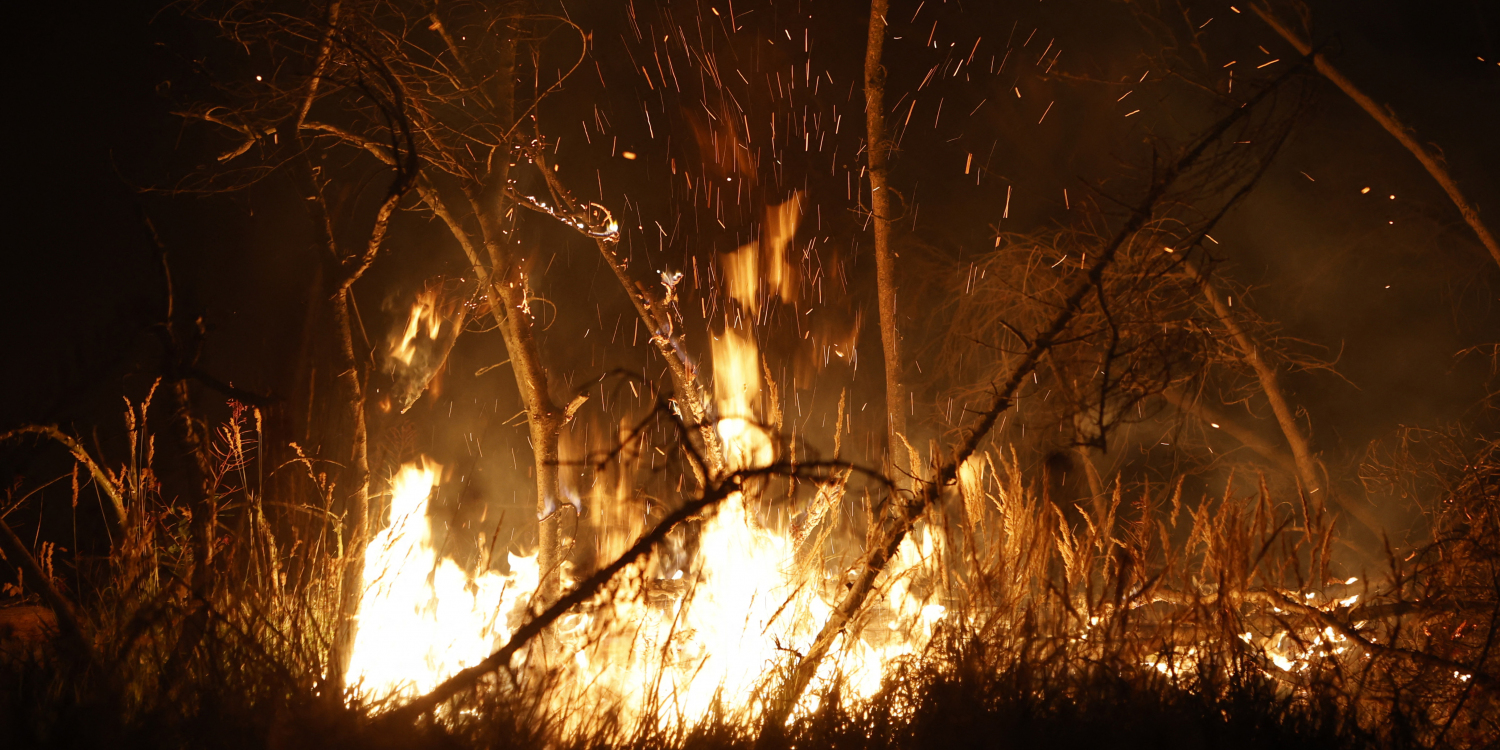 A major fire broke out in Campénéac, in Morbihan, near the Paimpont forest on the night of August 11 to 12.

At least 230 hectares have already burned.

Firefighters have been on duty since 1:30 a.m. to try to bring the blaze under control.

The flames took to Campénéac, a town on the border between Morbihan and Ille-et-Vilaine, and near the forest of Paimpont.

The fire is difficult to control as the forest is so dry.

And the fire worries since it affects the forest of Brocéliande, that of the legend of King Arthur.

A "fantastic tourist" place gone up in smoke

"It hurts me a lot because every morning, when I get up, I look to see if there is smoke above the forest. Until now, it was holding and unfortunately, this night , let's go", confides with emotion the mayor of the commune of Néant-sur-Yvel, Philippe Louapre, also president of the association for the protection of the forest.

"We hope from the bottom of our hearts that it will be quickly circumscribed. It's a fantastic tourist spot. We're doing what we can to protect it. Unfortunately, if we ever leave it unprotected, without our firefighters, it could 'go very far', he warns on Europe 1.

660 hectares of forest burned in the Jura

And this Friday morning, European reinforcements arrived on the spot.

Swedish water bombers will intervene on the flames.

Morbihan comes after a long series of departments already affected by the fires.

The brazier is also very important in the Ardèche, in the heart of the Diois massif.

It continues to gain ground.

250 hectares went up in smoke.

In the Jura, the situation is also beginning to finally stabilize.

For four days, two fires have devoured 660 hectares of forest.

According to firefighters, the Jura has not experienced such serious fires for more than 30 years.