Donald Trump had state secrets in his Mar-a-Lago residence. This is stated by the 'Wall Street Journal', which explains that the inventory of the documents and... 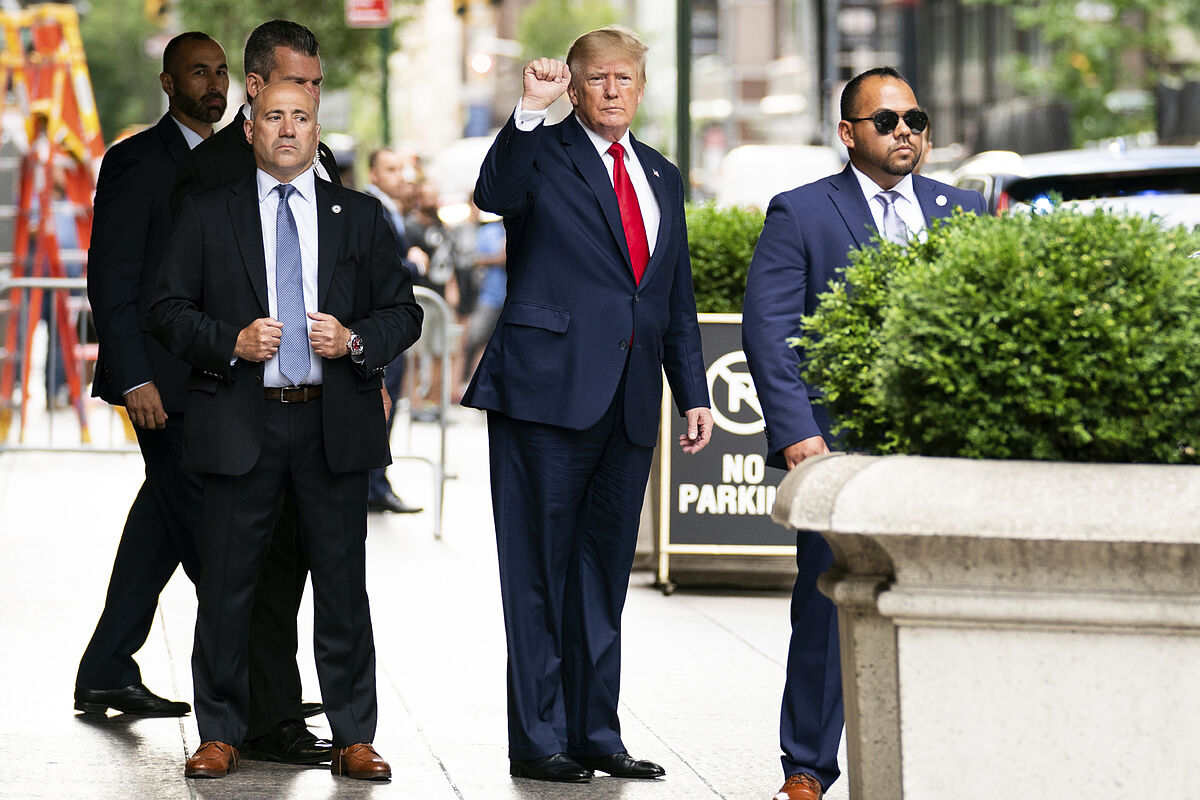 Donald Trump had state secrets in his Mar-a-Lago residence.

This is stated by the newspaper 'Wall Street Journal', which explains that the inventory of seized documents and objects occupies three pages.

Those findings reveal that Trump is being investigated for alleged crimes against the US Espionage Act, obstruction of justice, and theft of state documents.

Both could lead to his disqualification and even his prison sentence.

But, politically, the effect of it can be very different

Trump's entourage insists that the accusations are false, and that the FBI entered Mar-a-Lago to put falsified evidence there to accuse the former president and prevent him from running in the 2024 elections

. The most exalted of 'trumpism' are calling on social networks for civil war

On Wednesday, Ricky Schiffer, an alleged supporter of the president who had posted on his social network, 'Truth', a message making a "call to arms", was killed in a shootout after assaulting, armed with a semi-automatic rifle, an FBI office in the state of Ohio.

Among the most relevant findings are, according to that newspaper, reports on the president of France, Emmanuel Macron, and a series of documents classified as top secret.

That includes a number of reports under the rubric "classified/TS/CSI," meaning they can only be opened in safe, specially-protected locations that obviously don't include a Florida country club like Mar-a -Lake.

Other media outlets, both Democrats ('NBC') and Republicans ('Fox News') have also reported that state secrets are among the information seized.

, which is the highest level of confidentiality in the US state.

The newspaper does not explain if among them there is information classified as 'Q', which is the code for the most highly confidential documents in the United States, which concern the country's nuclear weapons.

Precisely, the conspiracy theory 'QAnon', which claims that Trump fights against a network of pedophiles and cannibals that dominates the world, takes its name from that 'Q' plus 'Anon', which is used to refer to 'Anonymous'.

If this information is confirmed, its legal impact could be considerable, since it

would open the door, theoretically, to Trump's political disqualification or even to his prosecution for treason

Politically, however, its effect is going to be very different.

The former president's entourage insists that the FBI agents who entered Mar-a-Lago put false clues there with the intention of incriminating him.

It is an absolutely incredible theory.

The 'Washington Post' had already reported on Thursday that the FBI had entered Mar-a-Lago in search of documents related to the nuclear plans of the United States Defense, although it did not specify whether it had found them or not.

In February, in the face of repeated demands from the National Archives, Trump handed over 11 boxes of documents that he had taken from the White House on January 20, 2021 after his election loss at the hands of Joe Biden in November 2020. Already in On that occasion, part of the material he gave to the authorities was classified as 'top secret'.

However, in those 11 boxes was not everything that Trump had taken

So in March the US Justice took a further step, opening a formal investigation against the former president.

Shortly afterward, investigators sent Trump an order to turn over more documents that remained in his possession.

On June 3, according to the 'NBC' television network, the former president's lawyers met with the authorities to discuss the matter, but they did not reach an agreement.

The following case has been the record of Mar-a-Lago.

In Donald Trump's environment, it is assumed that

the FBI received a "tip"

from someone close to the president who knew where to look in the country club to find the documents.

Some have speculated that this was done by the former president's former chief of staff, Mark Meadows.

More striking is the silence of two of the people closest to Trump, his daughter Ivanka and his son-in-law Jared Kushner, who have been seen socializing during this week in which the legal problems of the former president and family patriarch have reached a new level.

In addition to the 'top secret' information, there are other documents, also secret, although with a lower level of confidentiality.

And some issues of a rather anecdotal nature, such as the pardon edict issued by Trump of his collaborator Roger Stone, who had been sentenced to three years and four months in prison for obstruction of justice and coercion of witnesses in the investigation of the ' Russian plot' by special prosecutor Robert Mueller.

Likewise, there are several photographs, although their content has not been leaked.

Trump has given his approval to the publication of the search warrant.

Now, everything depends on the judge in the case, who will presumably order the dissemination of his documents in the next few hours or days.