Russia: the journalist opposed to the offensive in Ukraine under house arrest

Russian journalist Marina Ovsiannikova, famous for criticizing the Ukraine offensive live on television, was placed under house arrest on Thursday in connection with a criminal case that could… 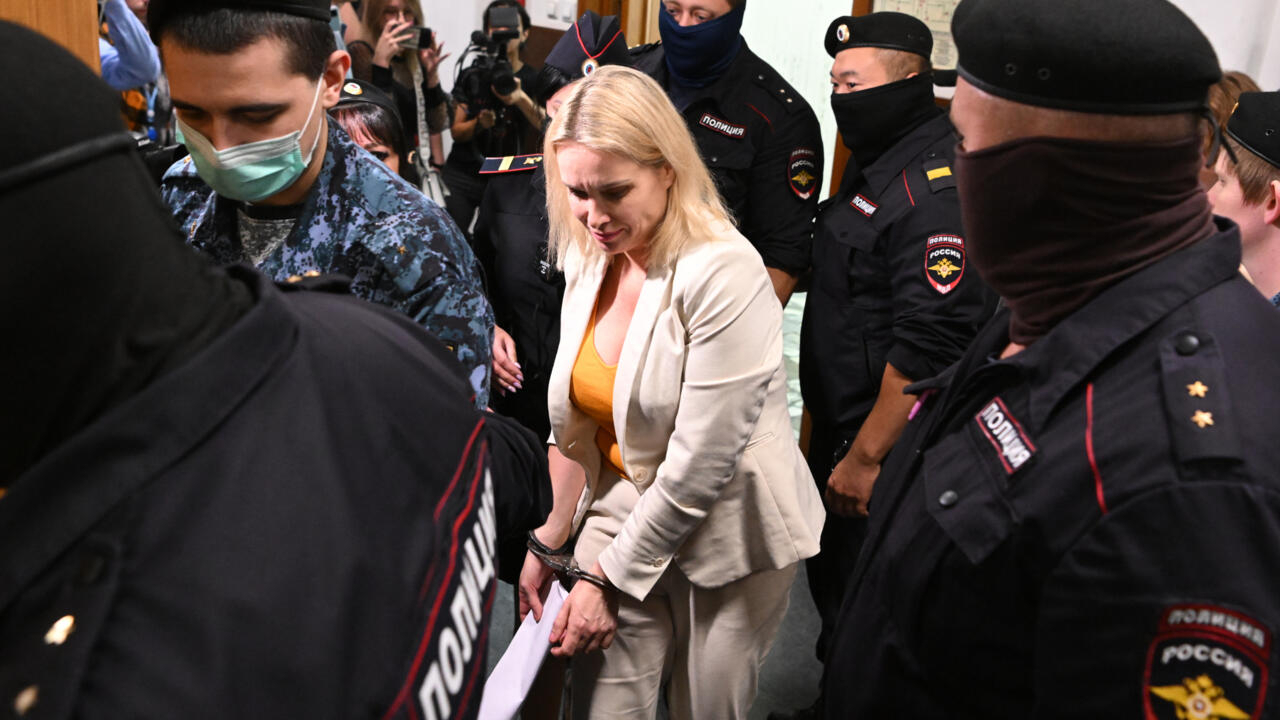 "The Basmanny District Court granted the investigators' request to issue a restraining measure in the form of house arrest...until October 9," the court said in a statement.

Ms. Ovsiannikova is accused of having "discredited" the army during a solitary protest action in mid-July, when she held up a sign near the Kremlin accusing Russian forces of committing abuses in Ukraine.

Under a new article of the penal code adopted after the start of the conflict to deter criticism, she faces up to 10 years in prison.

The 44-year-old journalist was arrested at her home on Wednesday.

Since the end of July, Ms. Ovsiannikova has already been sentenced twice to fines for having "discredited" the Russian army, in particular on the basis of messages criticizing the offensive in Ukraine published on social networks.

Ms. Ovsiannikova became famous in mid-March after appearing, in full newspaper, on the set of a pro-Kremlin television channel for which she worked.

During her speech, she carried a sign denouncing the offensive in Ukraine and the "propaganda" of the media controlled by the power.

The images of his gesture went around the world.

Many people praised his courage, in a context of repression of any critical voice in Russia.

However, she is not unanimous within the Russian opposition, some still reproaching her for her years spent working for the Pervy Kanal channel, the Kremlin's mouthpiece.

After working several months abroad, notably for the German newspaper die Welt, she announced in early July that she had returned to Russia to settle a dispute related to the custody of her two children.

The Russian authorities are tracking down any voices denouncing the offensive in Ukraine.

Several opponents have been arrested or fled the country, independent media have been closed and the main foreign social networks blocked.