In retaliation for Soleimani's killing, the US Justice Department accuses a "member of the Iranian Revolutionary Guards" of plotting to assassinate Pompeo and John Bolton

The US Department of Justice said that a member of the Iranian Revolutionary Guard plotted to kill former National Security Adviser John Bolton, and the ministry also informed former Secretary of State Mike Pompeo that he was the target of assassination, according to the Axios website. 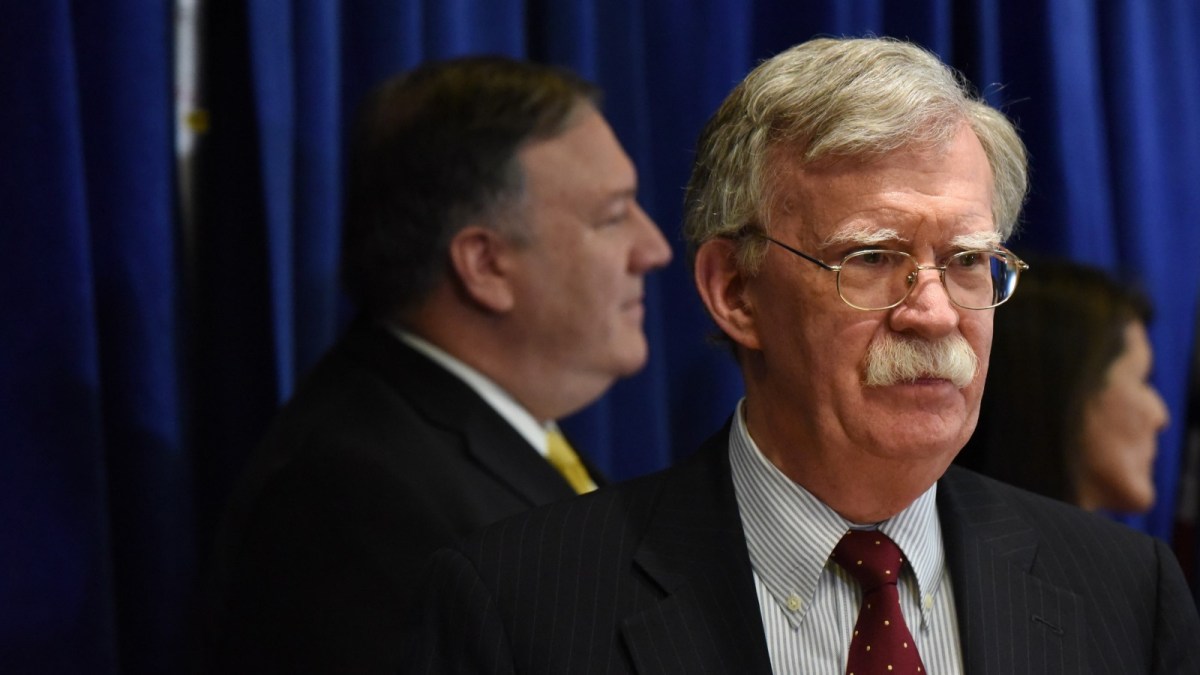 The US Department of Justice notified former Secretary of State Mike Pompeo that he was the target of assassination by an Iranian agent, according to the American website Axios, and the department also said that a member of the Iranian Revolutionary Guards was accused of plotting to kill former National Security Adviser John Bolton.

The ministry said, in a statement, that according to court documents, Iranian citizen Shahram Borsafi, also known as Mehdi Rezaei, 45, attempted to pay $300,000 to individuals in the United States to carry out the murder in Washington, DC or Maryland, according to the statement.

The ministry added that Borsafi was likely motivated to kill Bolton in retaliation for the killing of Qassem Soleimani, commander of the Quds Force of the Iranian Revolutionary Guard, who was killed in a US drone strike in January 2020.

According to the criminal complaint, Borsafi asked a US resident to take pictures of Bolton on the pretext that they were necessary for a forthcoming book.

Subsequently, the person residing in the United States presented Borsafi to a secret government informant who could take the photographs for a sum of money.

The following month, investigators said, Borsafi contacted the informant on an encrypted messaging application and offered him $250,000 to hire someone to "eliminate" Bolton, a negotiation of $300,000.

Assistant Attorney General Matthew Olsen said this is not the first time that Washington has discovered Iranian plots to retaliate against individuals on US soil.

He added that his country would not hesitate to protect its citizens from governments that he described as hostile.

For his part, Bolton, in a tweet on Twitter, thanked the Department of Justice for the measures it had taken.

"While we can't say much publicly now, one thing is indisputable: Iran's rulers are liars, terrorists, and enemies of the United States," he said.

Court documents indicated that Bolton knew of the plot and cooperated with investigators, and he allowed it to be photographed outside his Washington office and send the pictures to Borsafi.

For his part, the FBI published a search warrant against Borsafi with two photos of him, one of them wearing a Revolutionary Guard uniform.

If arrested, which is unlikely because he lives in Iran, Shahram Borsafi will face up to 25 years in prison in the United States.

Reuters quoted a US official as saying that the United States does not believe that the accusations against a member of the Revolutionary Guards - accused of plotting to kill Bolton - should affect nuclear diplomacy with Iran.

The official, who asked not to be identified, added that the Justice Department had filed charges against Shahram Borsafi independently of US diplomacy with Iran.

Washington is seeking to revive the 2015 Iran nuclear deal, under which Tehran halted its nuclear program in return for the easing of US sanctions.

On Wednesday, US Presidential National Security Adviser Jake Sullivan warned Iran of dire consequences if any of his country's citizens were attacked.

"We've said this before, and we'll say it again: The administration of President Joe Biden will not compromise on protecting and defending all Americans against the threats of violence and terrorism," Sullivan said in a statement posted on the White House website.

"If Iran attacks any of our citizens - including those who continue to serve the United States or those who have previously served - it will face severe consequences," the US official added.

She said that the US judicial authorities have charged Tehran without providing correct evidence or documents, and that Iran reserves the right to take any action within the framework of international law to defend the rights of its government and citizens.