Good harvests and high prices: "Important to get the coffers ringing"

This year's grain harvest looks set to be good, which could be the saving grace for many farmers as operating costs look set to rise sharply. - It is very important to get the coffers ringing for next year, says farmer Mats Eriksson. 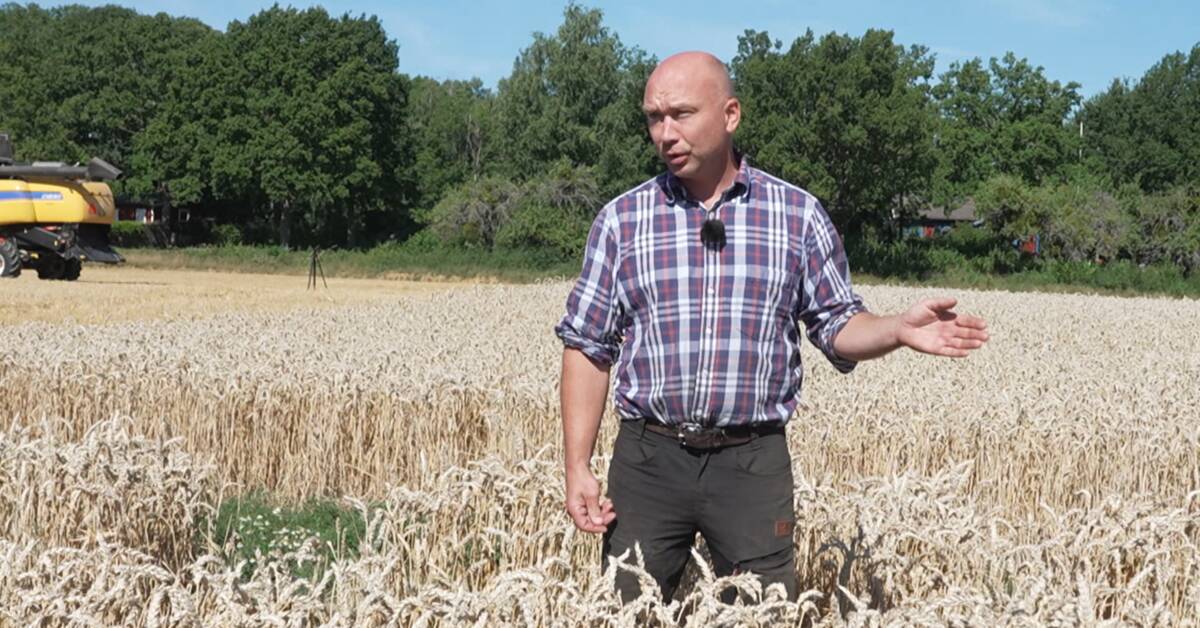 On the property outside Västerås, Mats Eriksson harvests winter wheat - and rejoices in this year's dividend.

- I have never had such a good start, he says.

The good harvest is welcome.

The purchase prices for fertilizer and fuel have, among other things, been linked to the war in Ukraine and the sanctions against Russia, increased sharply.

This is also the case with grain prices.

This year, Mats Eriksson will be able to sell grain for around SEK 3 per kilo, compared to last year when the price was around SEK 1.70 per kilo.

- It is very important to get the coffers ringing for next year, notes Mats Eriksson, who can now breathe a sigh of relief, at least for a while.

- It will go well for next year, then you never know how the pricing will be.

He is not alone in having a favorable harvest.

According to the Swedish Agricultural Agency's forecast, 5.5 million tonnes of grain will be produced in Sweden.

It is 11 percent more than last year, but on the whole it is classified as a normal-sized harvest.

Lantmännen handles a large part of the grain produced in Sweden at the cooperative's one reception facility.

There are about 50 spread across the country.

Mikael Jeppsson, grain manager at Lantmännen, emphasizes that this year's good harvest is not only important for farmers' wallets.

- But with that harvest behind us, we have a good margin to support ourselves.

Consumption in Sweden is 4.3 million tonnes, so it is good to have large harvests for several reasons, he says.

According to the Swedish Agency for Agriculture's forecast, which is based on the weather during the remainder of the summer becoming normal, the harvest of oilseeds will be the best during the entire 21st century.

In total, it is expected to amount to 0.42 million tonnes.