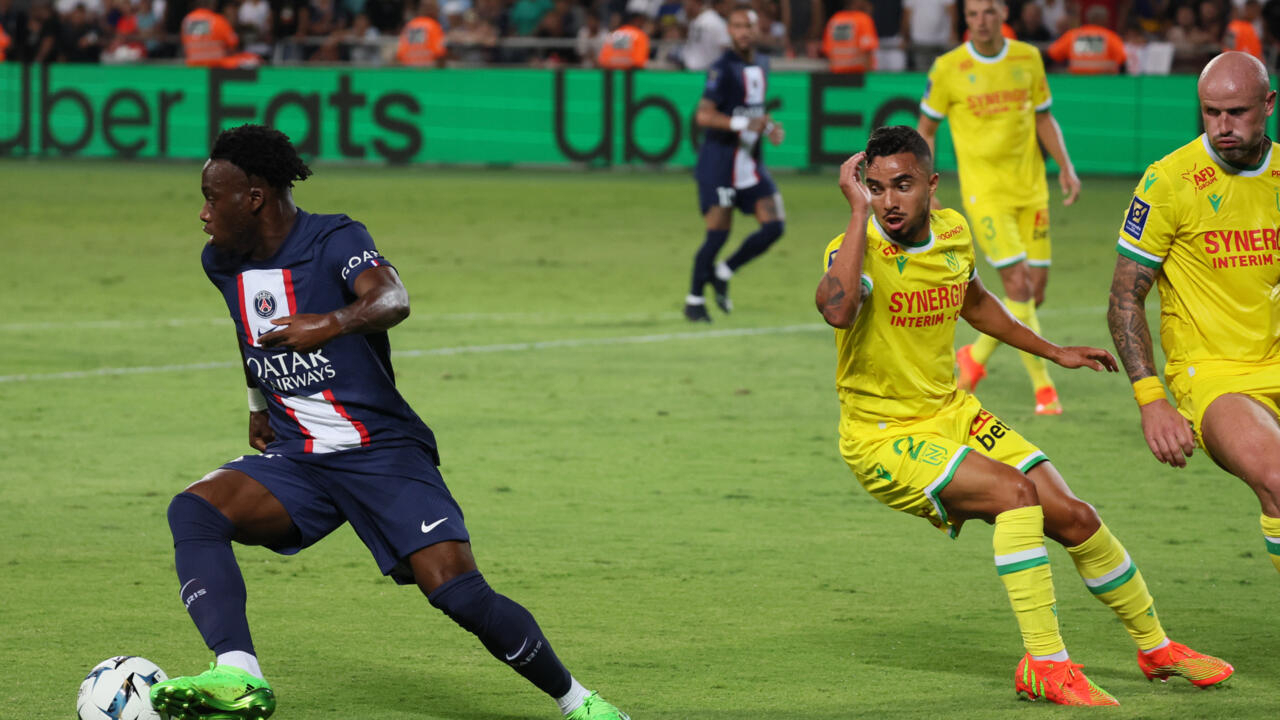 "Stade Rennais FC is pleased to announce the signing of promising Paris SG striker Arnaud Kalimuendo. He has signed a contract for five years," the club said, without however specifying the amount of the transfer, which will amounts to 25 million euros according to L'Équipe.

Under contract with Paris Saint-Germain until 2024, Kalimuendo had been loaned to Lens for the past two seasons until June 2022, without an option to buy.

In Lens, "with 21 goals and 6 assists in all competitions over the past two seasons, he has contributed effectively to the 7th place won in the last two exercises by the Sang et Or", recalls Stade Rennais.

"Coveted by several European clubs this summer, the ambitious French international hopeful (12 caps - 4 goals) has given his preference to Stade Rennais FC and will discover the Europa League this season", rejoices the Breton club.

In the middle of the day, Stade Rennais coach Bruno Genesio announced that Kalimuendo was "taking the necessary examinations for the medical examination".

"We hope we will have good news tonight. Everything will have to be settled tonight so that he can participate in Saturday's match" against Monaco, Genesio said during a press briefing.

This recruit will make it possible to expand the offensive sector of Rennes, which the technician wanted.

"It's a slightly different profile: a player who likes to go deep, who goes fast, who is also a scorer. It's still an additional weapon in our team to score more goals", he had observed.

"I'm happy for him and at the club, we're happy for him. Things were very clear from the start concerning Arnaud, who was coming out of a very good season with Lens, who aspires to have much more playing time, to about the same as he had in Lens or even more. Here it would be difficult," said Galtier.

The native of Suresnes (Hauts-de-Seine) joined the PSG pre-training center in 2011, at the age of 9.

He made his first appearance for the PSG first team in Ligue 1 against Lens in September 2020, and was crowned French champion in 2022 after appearing in two matches with the capital club.