Again on trial: Skopinsky maniac Viktor Mokhov told how he helped hide the corpse of the murdered man in his house

Skopinsky maniac Viktor Mokhov told investigators that he helped his friend hide the body of a man whom he killed on August 2 during a feast in Mokhov's house. A criminal case was opened against the man under the article on harboring a particularly serious crime. In the near future, Mokhov will be assigned a preventive measure. 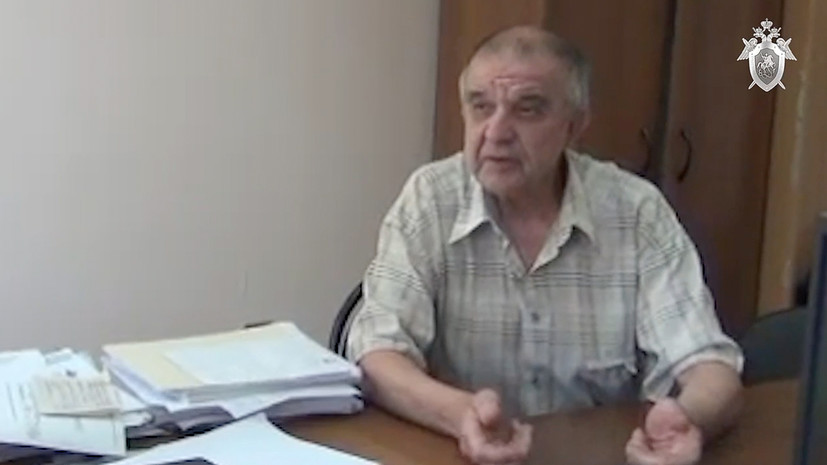 On Skopinsky maniac Viktor Mokhov opened a criminal case for concealing the murder.

As law enforcement sources told RT, the other day Mokhov was detained for violating the conditions of administrative supervision - he did not spend the night at home.

Already in the police department, he admitted that he helped to hide the body of a man who was killed in his house.

As follows from the materials of the criminal case, on August 7, the body of a local resident was found in the courtyard of an abandoned house in the Skopinsky district of the Ryazan region.

The next day, a 39-year-old suspect, a resident of the Moscow region, was detained.

A criminal case was initiated against him under Part 1 of Art.

105 of the Criminal Code of the Russian Federation (“Murder”).

“On August 2, 2022 ... the suspect, while at the house of his acquaintance, during a quarrel while under the influence of alcohol, struck the victim with the elbow bend of his arm in the area of ​​the front surface of the neck.

From the resulting injury, the victim died at the scene, ”the official statement from the regional department of the TFR in the Ryazan region says.

It is noted that in order to hide the traces of the crime committed, the suspect, together with his acquaintance (Viktor Mokhov), moved the body of the deceased to the courtyard of an abandoned house at night.

Skopinsky maniac himself said that the murder took place at his home.

“I hear sounds, some blows.

He comes in and says: “Guys, I, in my opinion, killed,” Mokhov said during interrogation, the footage of which was published by the Investigative Committee.

Skopinsky maniac also showed law enforcement officers how and where he helped his friend hide the body.

Mokhov's cohabitant, Inessa Panova, told reporters that the brawl that led to death occurred because of the goose.

According to her, Mokhov was not involved in the murder.

“The conflict arose because of the goose,” REN TV quotes Panova.

“First we drank, then they got into trouble.

The man is dead."

A criminal case was initiated against Mokhov under Part 2 of Art.

316 of the Criminal Code of the Russian Federation (previously not promised concealment of especially serious crimes).

In the coming days, the court will choose a measure of restraint for him.

Skopinsky maniac Viktor Mokhov was released on March 3, 2021 after 17 years in prison for holding captive and repeatedly raping Ekaterina Martynova and Elena Samokhina, whom he and his accomplice kidnapped in September 2000.

The maniac kept the girls in a previously prepared underground bunker for three years and seven months.

The eldest of the girls, Elena (at the time of the abduction she was 17 years old), became pregnant three times from the monster - the second captive, Ekaterina, took delivery according to the textbook of obstetrics and gynecology.

She was only 14 at the time of the abduction.

The girls were saved by a miracle - Ekaterina managed to pass a note with a request to contact the police to a new lodger who rented a room in Mokhov's house.

Since the maniac was released, having fully served his sentence, he has repeatedly attracted the attention of the media and law enforcement agencies.

So, shortly after his release, Mokhov took part in the talk show of Ksenia Sobchak, in which he stated that he liked the attention of journalists, and also mentioned that he wanted to meet one of his victims.

Mokhov, who was released from prison, gave several more interviews.

Information appeared in the media that he received more than 2 million rubles for his revelations on various channels.

While still serving his sentence, the Skopinsky maniac twice turned to the editors of RT with a proposal to give an interview for a large reward: “I need money, a lot of money.”

The public statements of the Skopinsky maniac in the media caused a resonance and outraged many journalists and human rights activists - they drew the attention of law enforcement agencies to the possible preparation of a new crime.

After that, the head of the Investigative Committee, Alexander Bastrykin, ordered a procedural check of Mokhov's statements.

In April 2021, he was fined 1.2 thousand rubles for violating the restrictions ordered by the court in 2020.

Then, with respect to Mokhov, supervision was appointed for a period of six years, under the terms of which the Skopinsky maniac was forbidden to attend mass events, leave the house from 22:00 to 06:00 and travel outside the region without the permission of the internal affairs authorities.

In June 2021, after a series of scandalous interviews, the Ryazan Regional Court also banned Mokhov from talking to the media and visiting cafes.

More recently, at the request of the police, the Skopinsky maniac again tightened the conditions of supervision.

On July 26, the Skopinsky District Court forbade Mokhov to be closer than 100 meters from kindergartens, schools, children's clinics and hospitals.

The victim of the Skopinsky maniac, Ekaterina Martynova, told RT that, while still in prison, Mokhov wrote letters to her.

After his release, the girl was granted state protection.

According to Ekaterina, the protection extends to her and her family, but she cannot disclose details.

The girl added that she did not know if the second victim of the criminal, Elena Samokhina, had been provided with similar protective measures.