Afghanistan overwhelmed by poverty and disease

The crowded wards of the dilapidated Musa Qula district hospital in southern Afghanistan are just one of the symbols of the dramatic humanitarian crisis gripping the country, a year after the return… 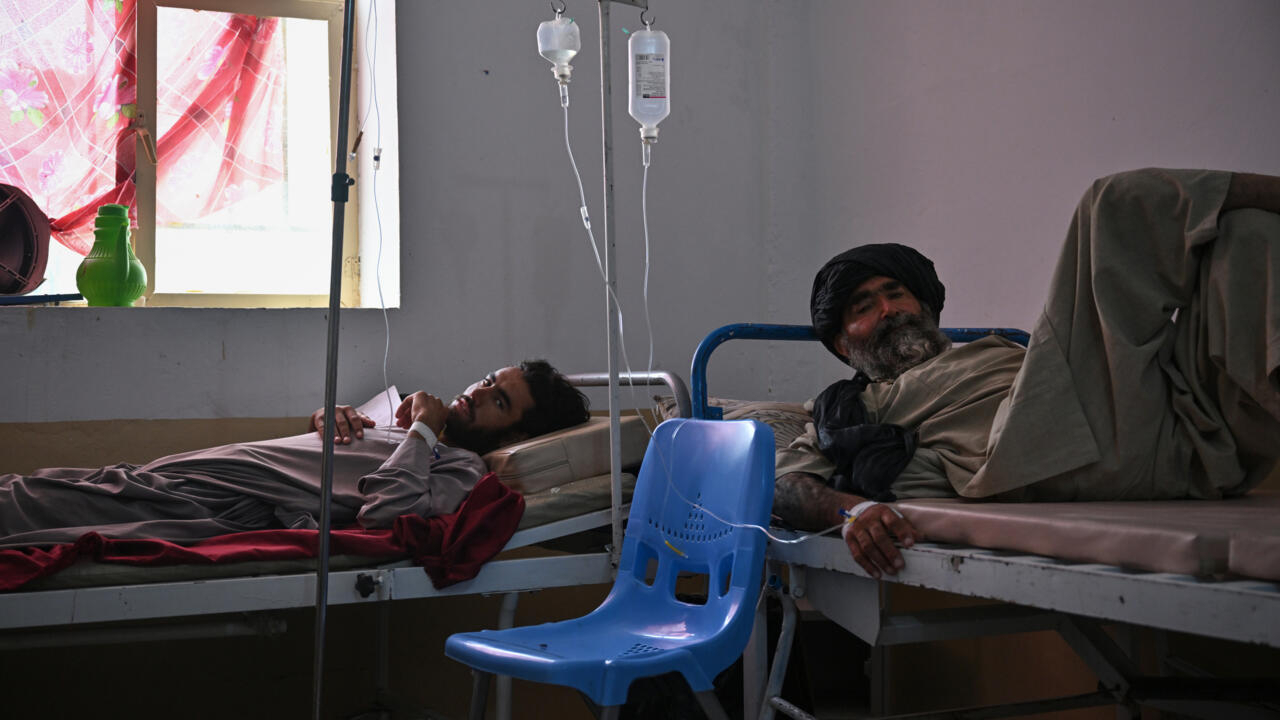 Last month, this hospital in Helmand province was forced to close except for people suspected of being infected with cholera.

The infirmary soon found itself crowded with apathetic patients, infusion needles stuck in their wrists.

Although the clinic does not have the equipment to test for cholera, around 550 patients showed up within a few days.

"It's very difficult," Ehsanullah Rodi, the head of the exhausted hospital, who has been sleeping only five hours a day since the influx of patients, told AFP.

The Taliban seized power in Afghanistan on August 15 after the hasty withdrawal of US-led foreign forces.

While the violence has since decreased significantly, the humanitarian crisis in the country has rapidly worsened.

Poverty, most severe in the south of the country, has reached desperate levels, exacerbated by drought and rising prices since Russia invaded Ukraine.

"Since the Emirate (Taliban) has been in power, we can't even find oil," laments a woman on a hospital bed in Lashkar Gah, the provincial capital of Helmand, next to her granddaughter. six-month-old malnourished son.

"The poor are crushed under their feet," adds this 35-year-old woman about the Taliban, her face hidden behind a veil.

Her grandson is being treated for the fifth time at Boost Hospital, a maze of buildings jointly run by the Afghan Ministry of Health and Doctors Without Borders (MSF).

"We can't even find dry bread," regrets Breshna, the mother of another patient.

"We haven't had anything to eat for three or four days."

The staff "have no rest", adds Homeira Nowrozi, the assistant supervisor of nursing.

"We have a lot of patients arriving in critical condition," she says, because the parents couldn't come sooner.

"We don't know how many deaths (...) we have in the districts" because many people "do not come to the hospital", adds Homeira Nowrozi, who struggles to be heard above the cries of infants .

Afghanistan's economic distress began long before the Taliban took over, but it pushed the country of 38 million people to the edge of a precipice.

The United States froze $7 billion in central bank assets, the banking sector collapsed, and foreign aid, representing 45% of the country's GDP, came to a sudden halt.

"How do you bring aid to a country whose government you don't recognize?" asks Roxanna Shapour, from the Afghanistan Analysts Network (AAN).

Humanitarian aid in the face of crises such as the June earthquake - which killed more than 1,000 people and left tens of thousands homeless - is simple, however, she says, because it is aid "apolitical, it's vital aid".

Funds are also flown in for food aid and health care.

But aid for long-term projects is more complex.

"If you come into the country and say, 'I'm going to pay all the teachers' salaries,' that's fine," said Roxanna Shapour.

"So what will the Taliban do with the money they won't spend on teachers' salaries?"

In Musa Qala, the economy seems to barely survive on the repair of motorbikes, the sale of poultry carcasses and energy drinks kept lukewarm in filthy freezers.

The town, which witnessed some of the bloodiest chapters of the 2001-2021 war, is connected to Lashkar Gah, the capital of Helmand, by a track that winds its way up a parched riverbed lined with jagged rocks .

The road resumes further south at Sangin, where the mud walls have been so damaged by artillery fire that they are collapsing.

"Now we can go to the hospital, day or night," said Maimana, whose eight-year-old daughter Asia is being treated at Musa Qala.

"Before, there were fights and mines, the roads were blocked," she recalls.

The influx of new patients means that there is "less space" and that "there are fewer staff, therefore difficulties", analyzes with AFP the director of public health of Helmand, Sayed Ahmad .

Nevertheless, the soft-spoken doctor whose desk is lined with medical books, insists that "the overall situation is better" than under the previous government, where corruption was rampant.

After coveting control of the country for two decades, the Taliban rule the nation at its most ruined time.

"Government clothes are too big for them," said a man from Lashkar Gah, who wished to remain anonymous.