The fall of "Saint Javelin": why Javelin was ineffective in Ukraine

Almost immediately after the start of the military special operation in Ukraine, the United States began to supply the Ukrainian Armed Forces with anti-tank missile systems (ATGM) FGM-148 Javelin. A real cult of the Javelin has arisen in Kyiv as a universal “weapon of retaliation” that will destroy literally all Russian heavy equipment. Then the enthusiasm was replaced by criticism. At the disposal of RT were internal office documents from Raytheon, which manufactures Javelin. It turned out that the complex is not as good as its advertising booklets for the external market make it out to be. 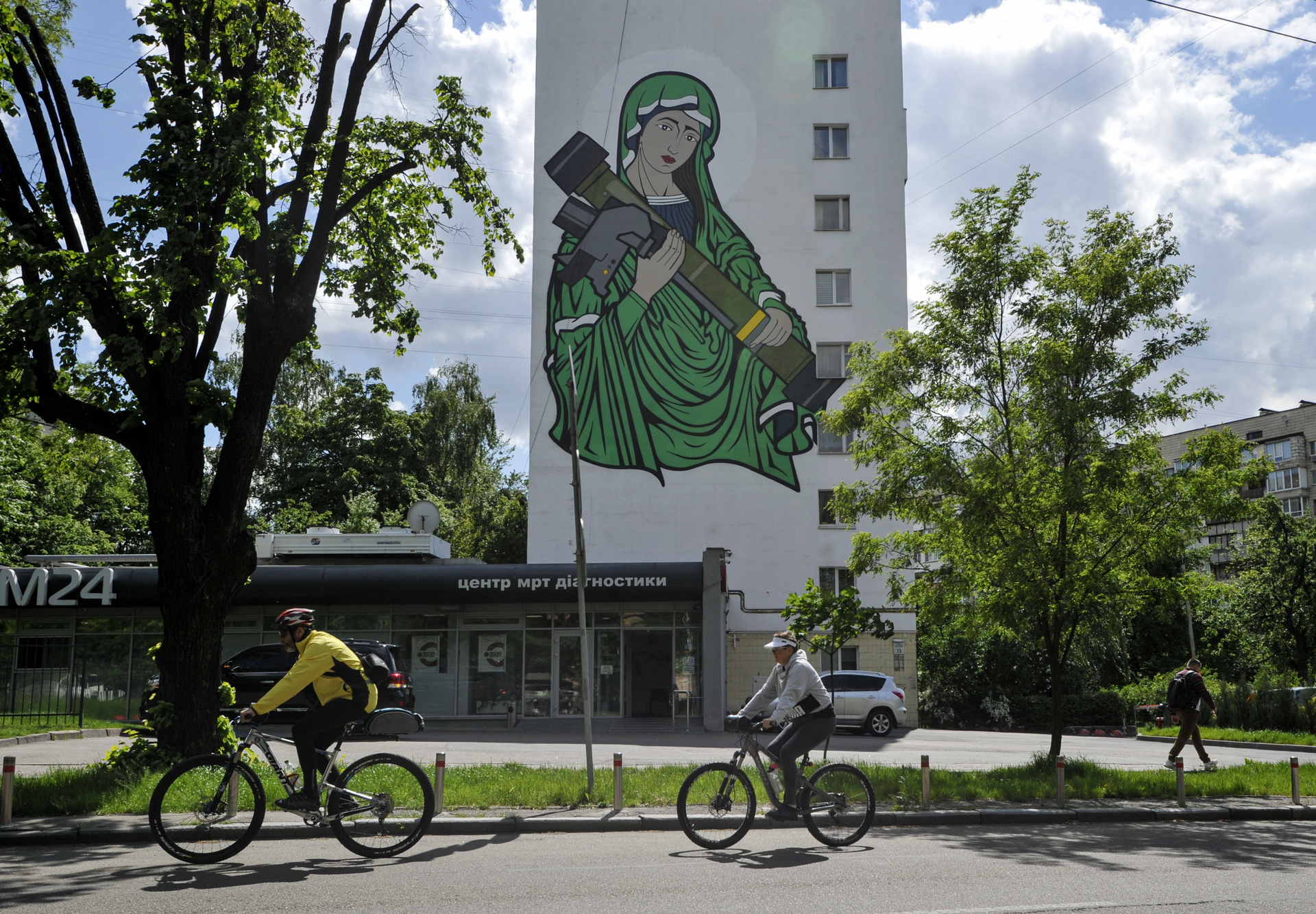 “Yes, we had Javelins, we had ... They did not prove themselves in any way, especially in the process of urban battles.

We couldn't make a single launch.

That is, as for me, it's just an absolutely useless weapon.

Because something constantly interfered, and so on, ”complained the captive commander of the 36th Marine Brigade of the Armed Forces of Ukraine, Colonel Vladimir Baranyuk.

He took part in the fighting in Mariupol and was taken prisoner after trying to leave the Azovmash plant.

“They brought us two Javelins.

While we were carrying them out of the car, one was broken, and then we tried to figure out how to shoot with the second.

Nobody knows English, and nobody explained anything to us,” said a Ukrainian soldier who was taken prisoner in the vicinity of Popasna.

In total, Washington supplied more than 7,000 Javelin complexes to Ukraine after the start of the special operation.

These deliveries turned out to be so massive that, according to the American edition of Business Insider, ATGM stocks in the United States themselves are on the verge of depletion.

On top of everything else, Javelins are very expensive.

After the start of deliveries, which took place in March-April 2021, a whole cult of these weapons arose in Ukraine: children began to be named after anti-tank systems, “icons” in honor of “Saint Javelina” were painted on the walls of houses.

FGM-148 was presented as a superweapon, a panacea and the main destroyer of Russian tanks.

The complex was adopted by the US Army in 1996.

According to the developers, it should solve two key problems of the "infantry of the future".

The first problem is the lengthy preparation to hit the target.

To keep the operator as little as possible in the line of sight of the tank, the Javelin was equipped with a missile with a special homing head.

With the help of an optical visor, the program "draws" the contours of the target, the coordinates of which are stored in the missile's memory.

The shooter presses the button and can leave the position.

Then the system works autonomously.

The second problem is the guarantee of hitting the target.

To do this, the developers have changed the trajectory of the rocket.

Javelin retained the ability to attack directly, but its trick was to approach the target from above and hit the tank on the roof.

On paper, it looked very convincing.

Eight out of 11 shots miss

However, in the internal documents of the manufacturing company Raytheon, which were at the disposal of RT, the maximum range is two times lower - only 2.5 km.

At the same time, Javelin is inferior in range to the old BGM-71 TOW systems of the 1970 model of the year (it is 3.7 km) with comparable power and even heavy mortars.

The impact of mortars, however, is weaker.

A questionnaire from an internal Raytheon document, which was filled out by US military personnel who went through Iraq and Afghanistan, indicated that about a third of attempts to fire a Javelin were "accompanied by problems."

It is important to note that we are talking about trained American fighters who studied the Javelin and trained on the training grounds.

Even they had difficulties in combat conditions.

A report compiled for Raytheon claims that the performance of the Javelin is "not as advertised".

So, according to the results of test tests, out of 11 launches of the FGM-148 on a stationary target, only three ended in its defeat.

In terms of efficiency, this ATGM is not too much superior to the results of TOW, which also cannot be called good: two hits on the target with 14 launches.

There are other interesting data in the report.

The analysis, in particular, said that a head-on shot against a Russian T-80 tank from a distance of 150 m would have "minimal effect."

In this regard, it is noted that even in the US Army "there is no understanding of the distance of fire contact."

RT sources in the special operation zone in Ukraine also note that, contrary to public data on the launch range of the FGM-148, the Ukrainian military tried to use the complex at short distances, inevitably falling into the field of view of tank crews.

At the same time, most often they hit not on the roof, but directly.

In June, The Washington Post analyst Alex Horton published an article in which he questioned the ability of the Armed Forces of Ukraine to effectively use these weapons in principle.

After receiving the cargo, the Ukrainian military dropped expensive electronics and missiles, stored the FGM-148 in damp rooms, shook the containers and broke the optics of the sighting containers (CLU), which excluded not only the immediate combat use of the Javelin, but also its inclusion as such.

The vast majority of missiles, according to RT sources, arrived in Ukraine with dead batteries.

Batteries are built into the case and are necessary to turn on the anti-tank systems, the operation of the guidance unit and the cooling system of the homing head.

The Ukrainian military, in most cases, left the missiles lying in a fully functional, but unsuitable form for firing - discharged.

In addition, there were no training modules included with the supply of American missiles.

The soldiers of the Armed Forces of Ukraine had to learn on combat missiles.

The complexity of use and the fragility of the systems were key reasons why the FGM-148 was not widely used in combat.

Instead of American missiles, the Armed Forces of Ukraine preferred to use Soviet RPG-7 on an ongoing basis, the shots for which were brought from several European countries, including the Czech Republic and Bulgaria.

According to military expert Konstantin Sivkov, Doctor of Military Sciences, the Armed Forces of Ukraine did not figure out how to use the Javelin.

“This is a complex complex.

It is only effective under certain circumstances, and a number of procedures must be followed to use it in combat.

A qualified and trained army can engage in its use, and not the same as the Ukrainian one.

At the same time, unlike the Soviet anti-tank systems, the missile warhead of this complex has a relatively weak penetrating ability.

In fact, a rocket is only effective when firing from above, and hitting tanks in this way is not always possible, ”the specialist said in a conversation with RT.

Generally speaking, the complex showed itself poorly, ”summed up Sivkov.