Japanese Prime Minister Fumio Kishida, down sharply in the polls, has been forced to reshuffle his government after ties to the Unification Church, better known as… 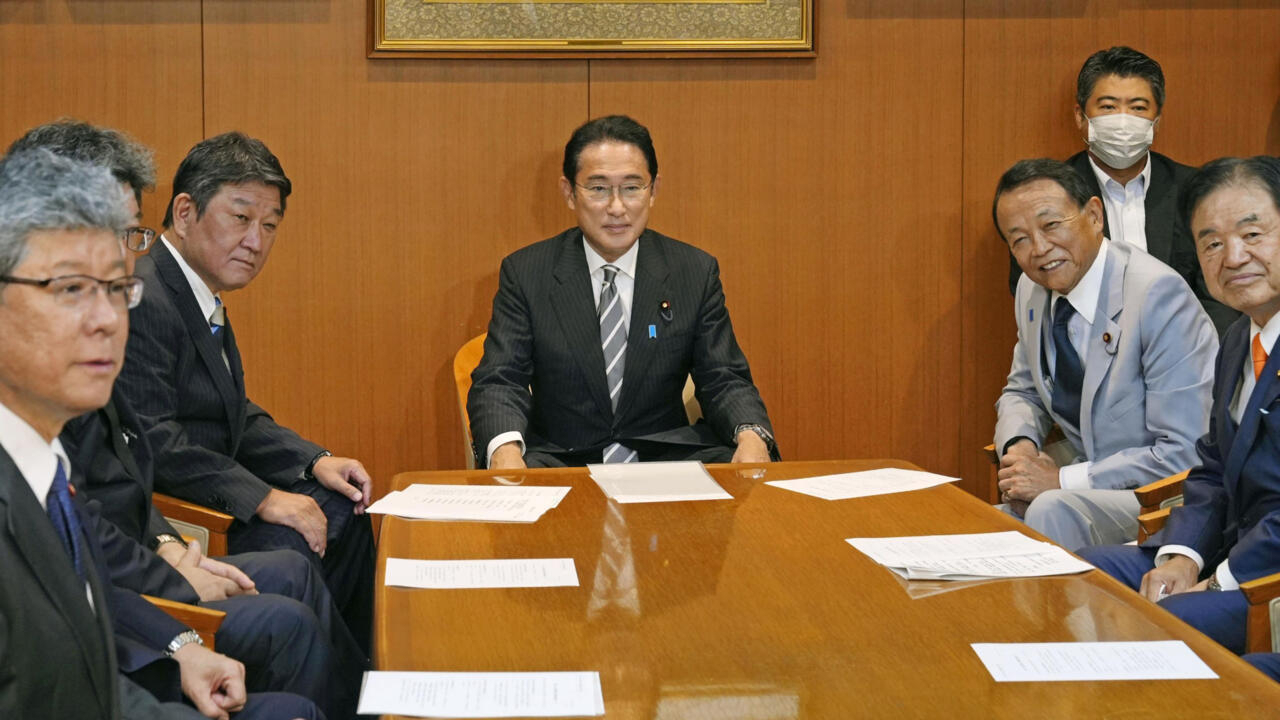 Fumio Kishida (center), surrounded by members of his party during a meeting to dismiss ministers and senior officials too close to the Moon sect, August 10, 2022. © Yohei Fukai/AP

Japanese Prime Minister Fumio Kishida, down sharply in the polls, has been forced to reshuffle his government after links between the Unification Church, better known as the '

', and the Liberal Democratic Party were revealed.

These links emerged after the assassination of former Prime Minister Shinzo Abe on July 8.

His assassin reproached him for his association with the Moon sect, which he accused of having caused the ruin of his family.

With our correspondent in Tokyo,

Fumio Kishida withdrew from the government and his Liberal Democratic Party, the most ministers and senior officials most openly linked to the Unification Church or Moon sect.

It's a sweeping operation.

The Kishida government is at its lowest level of popularity since taking office in October 2021, at 46% compared to 59% three weeks ago.

In poor health, he confessed that members of the Moon sect had served as volunteers for his election campaigns.

Prime Minister Kishida, who swears he has no connection with the Unification Church, keeps the main ministers of finance, foreign affairs and the economy in their posts.

A cult that has infiltrated Japanese politics

The majority of Japanese are asking for explanations about the relationship between the political class and the Moon sect.

They are against holding a state funeral for

The head of government replies that his ministers will have to “carefully examine” their links with the Unification Church.

it's a necessary condition

Since its founding in 1954 in South Korea by the "

, the problem is that the Moon sect has infiltrated almost every political world in Japan, with the exception of the condemned communists.

Another more powerful religious organization, Soka Gakkai, is part of the ruling coalition through its Komeito party.

The Moon Sect generates the lion's share of its income in Japan where it owns several businesses.

For thirty years, a collective of Japanese lawyers has been suing her in civil court, claiming the equivalent of 900 million euros in damages for former faithful.