Another of the most wanted fugitives falls in Alicante 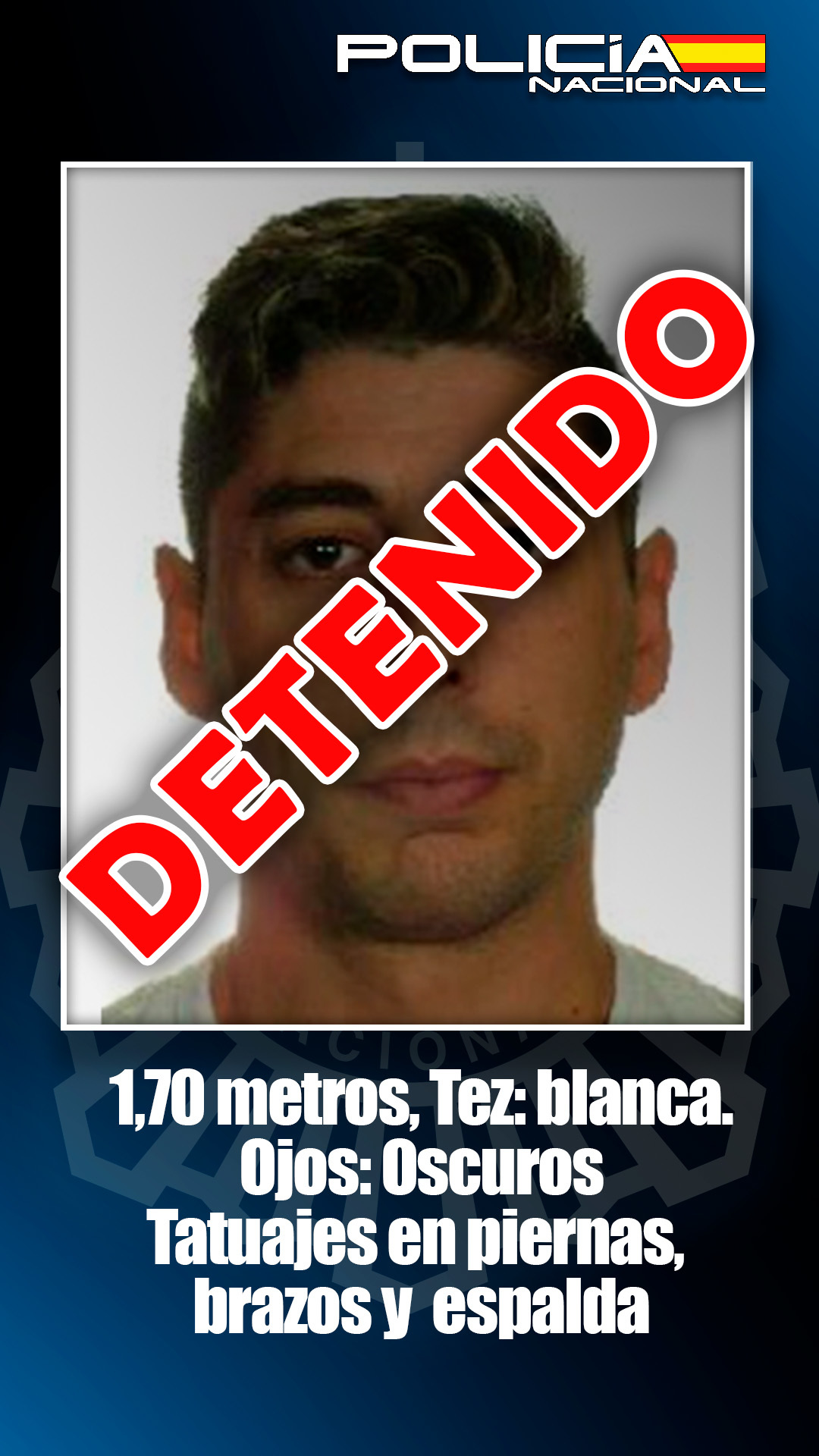 Agents of the National Police have arrested

one of the fugitives who make up the

According to the National Police, locating and arresting him has been very difficult due to his great physical change to prevent being identified.

After his incorporation to the National Police's

list last June, the agents had various information that could place the wanted person in the province of

For several months, the

His definitive location has been extremely difficult since, to avoid being recognized,

the detainee resorted to a great change in his physical appearance

that made it very difficult to be recognized and identified compared to his previous appearance.

growing a beard and long hair, and dyeing them blonde

, he used colored contact lenses, stencils to fake his height, and increased his tattoos to hide the ones he already had.

did unskilled jobs to survive

and live without attracting attention.

abuse of his five-year-old daughter

had been a fugitive from Spanish justice since February of last year when he was sentenced to prison for sexual abuse.

Specifically, the events date back to

who, at that time, was five years old.

complaint filed by her former partner

, the girl was sad, downcast and reluctant to spend weekends with her father who, at home, played pornographic movies for her.

The minor stated that she

suffered touching of her private parts

, both above and below her clothes, even when she was naked.

In addition, her father told her that it was a secret that she should not reveal to anyone.

Third detainee of 'The most wanted'

Last June, the National Police published the list of the ten most wanted fugitives in order to request citizen collaboration to locate them.

With the location and arrest of

i, and in just two months, the list is already made up of only seven fugitives.