The argument about the property tax - who is really right?

"If S wins the election, there will be a new property tax," states a sponsored post on Facebook. Behind the post are the Moderates, who together with KD and L have published over a hundred sponsored ads on the same theme since the beginning of the summer. At the same time, Prime Minister Magdalena Andersson states in interviews that S has no plans to introduce the property tax. So how to interpret the conflicting messages? 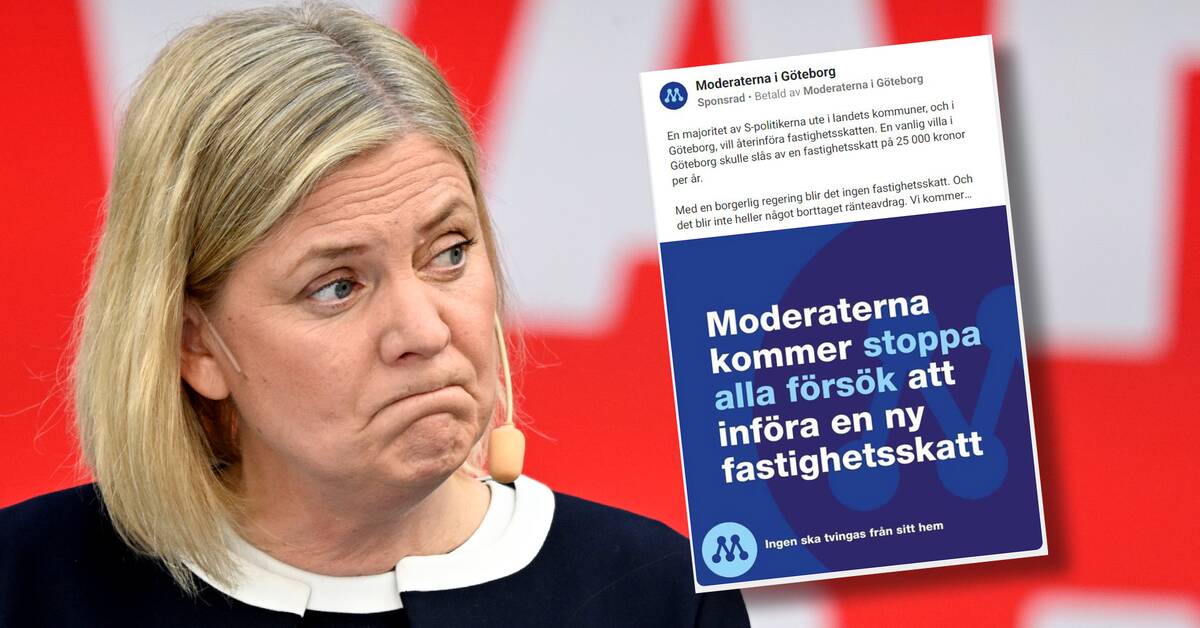 The real estate tax has taken a big place in the Moderates' election communication in social media – already in February 2021, the party registered the domain stoppafastighetskatten.se, a link that has since been shared 221 times on Facebook by various M-linked accounts.

During the summer of 2022, M, together with KD and L, also sponsored large amounts of posts on Facebook and Instagram about the property tax, posts that often claimed that S planned to reintroduce it.

That the Social Democrats would like to re-introduce the property tax is "completely absurd", claimed Magdalena Andersson on Sweden's Radio Ekot, a statement that resulted in a heated tax debate on Twitter.

What is all this about?

S has referred to a negative congressional decision on the estate tax - but can it be trusted?

In the video above, SVT's political reporter explains it all.