Fires in Gironde: the fire resumed near Landiras, 1,000 hectares of burnt pines

Repeated fires from the gigantic Landiras fire ravaged 1,000 hectares of pines and led to the preventive evacuation of 3,500 people, the Gironde prefecture announced on Tuesday. Fires… 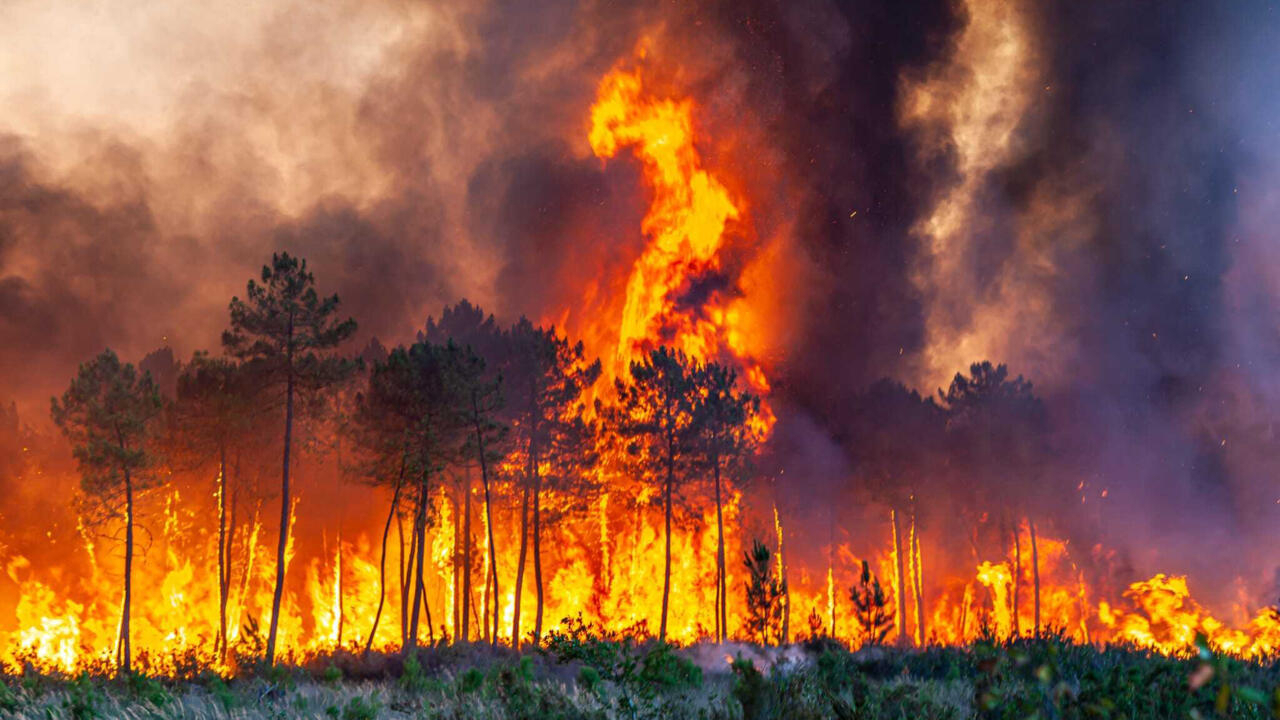 The situation is considered "very unfavorable" by firefighters in Hostens and Saint-Magne, in the south of Gironde, where resumption of fire from the gigantic Landiras fire ravaged 1,000 hectares of pines, Tuesday evening August 9.

The fires led to the preventive evacuation of 3,500 people from this forest sector.

These evacuations concern several districts of the municipalities of Belin-Béliet, Saint-Magne and Hostens, said the prefecture of Gironde in a tweet in the evening.

Since Tuesday 1 p.m., 300 firefighters supported by Canadairs, Dash and water bomber helicopter have been fighting against a virulent resumption of flames in this forest sector near the already disaster area of ​​Landiras.

"The situation is very unfavorable. We are maintaining all the means available on the ground for the whole night, with many defenses of sensitive points to come", underlined Lieutenant-Colonel Mendousse, communication officer at the Departmental Fire Service. and Relief (Sdis) in the Gironde.

In particular, firefighters use "tactical fires" to create buffer zones and stop the advance of the fire.

During the operations, "a truck and three light vehicles were destroyed but no firefighters were injured," said Lieutenant-Colonel Arnaud Mendousse.

These resumptions of fire in Saint-Magne and Hostens noted around 1 p.m., "thanks to unfavorable weather conditions", according to the prefecture of Gironde, are located about twenty kilometers from Landiras, the epicenter of the gigantic fire which engulfed nearly 14,000 hectares of forest in July and which is still not "under control" to this day.

"These are hot spots which reactivated at the beginning of the afternoon, at the hottest hours of the day", explained in the afternoon to AFP the Sdis de la Gironde, describing a "fire quite fast" fanned by hot winds.

North of Landiras, in Cabanac, another resumption of fire at 3 p.m. supported by 80 firefighters and aerial means destroyed 20 hectares of forest but this fire "no longer progresses" Tuesday evening, according to Sdis Gironde.

With the return of high heat this week in Gironde placed in heat wave orange vigilance, the firefighters had to deal for this "difficult day" on Tuesday no less than "10 forest fires (...) with areas ranging from a few thousand from m2 to several hectares", throughout the department, underlined Lieutenant-Colonel Arnaud Mendousse.

“We have called on all of our on-call and on-call staff and reserve personnel,” he added.

The Gironde prefecture has activated a departmental operational center (COD).

Fires are also ravaging the south of France.

A fire, which started at the end of the day on Monday from Massegros, in the Lozère department, and started by an agricultural machine, spread in the direction of Aveyron, to the village of Mostuéjouls, noted an AFP correspondent. .

It ravaged at least 700 hectares of vegetation, without causing any injuries.

More than 3,000 people in Aveyron were evacuated on Tuesday as a preventive measure and directed to village halls and schools in neighboring towns.

In the Drôme (south-east), a forest and vegetation fire which broke out on Friday evening continues to progress.

Another fire, which started on Monday evening, destroyed 150 hectares of forest in the south of Charente (west).

In Isère (south-east), a fire was brought under control after covering a hundred hectares in the foothills of the Chartreuse, not far from the municipalities of Voreppe and La Sure-en-Chartreuse.

With already more than 50,000 hectares burned since the start of the year, France experienced a record number of burned areas in July, according to the European Forest Fire Information System (EFFIS), which has kept comparable statistics since 2006.