USA: the Senate adopts a vast plan for the climate and health, victory for Biden

After 18 months of negotiations and a marathon night of debates, the US Senate passed Joe Biden's grand plan on climate and health on Sunday, delivering a significant milestone victory to the… 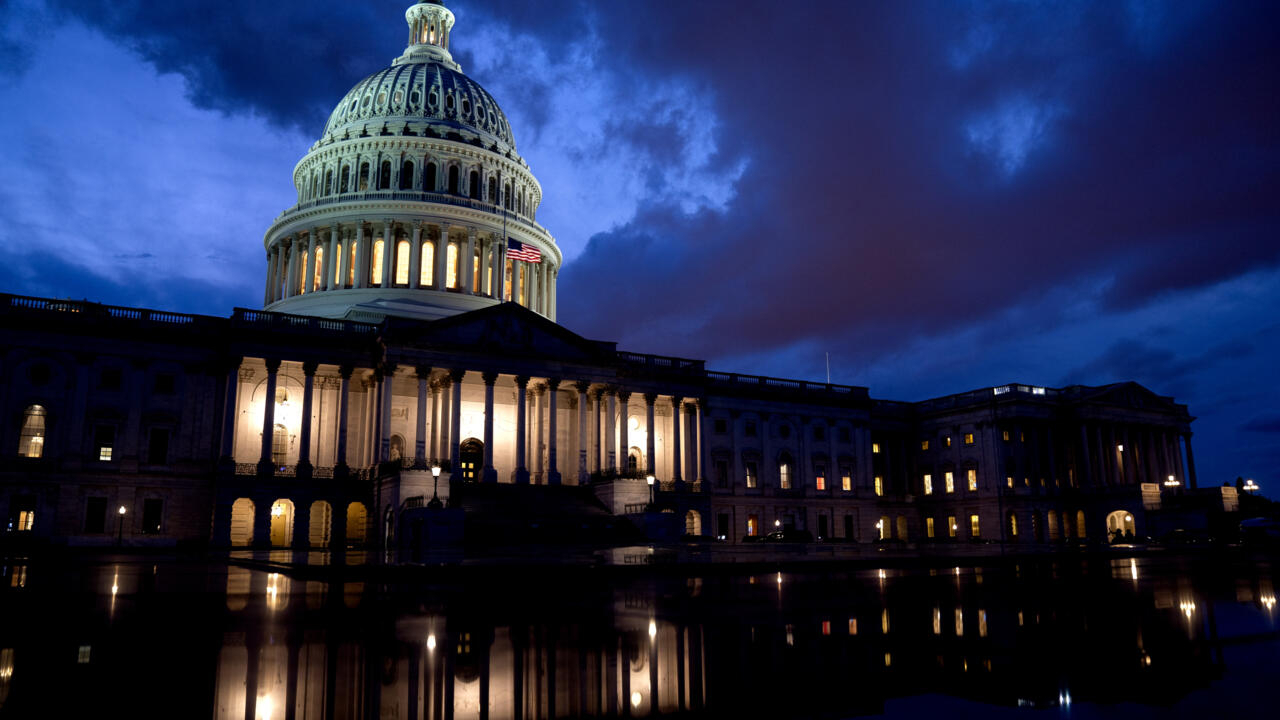 By their votes alone, the Democrats have approved this plan of more than 430 billion dollars of investments, which takes the road to the House of Representatives for a final vote next week, before being signed into law by Joe Biden.

"This bill will change America for decades to come," said Senate Democrat Leader Chuck Schumer, his voice quavering just after the vote, greeted by thunderous applause in his camp.

All Republican senators voted against the text, dubbed the "Inflation Reduction Act", and which they accuse on the contrary of generating unnecessary public spending.

Senate Republican Leader Mitch McConnell has accused Democrats of wanting to "double down on their economic disaster."

The result of difficult negotiations with the right wing of the Democratic Party, the envelope includes the largest investment ever made in the United States for the climate -- 370 billion dollars to reduce greenhouse gas emissions by 40% by 'by 2030.

“We had to make many compromises. Doing important things almost always requires them,” Joe Biden said in a statement, urging the House of Representatives to pass the text without delay.

“The Senate is finally on the same wavelength as the public to recognize the urgency of the climate crisis”, but, “in the future, more actions are necessary”, reacted in a press release Johanna Kreilick, President of the Union of Concerned Scientists (UCS), an NGO dealing in particular with environmental issues.

With this reform, the installation of solar panels will be covered at 30%, and the tax credit will go up to 7,500 dollars for the purchase of an electric car.

Automakers hail measures that 'will help accelerate the conversion' of the country's industry, but lament that 'tax credit requirements' render most models 'ineligible', according to John Bozzella, CEO of the Alliance for Automotive Innovation, a group of American and foreign manufacturers representing nearly all the cars sold in the United States.

"This is a missed opportunity at a crucial time" which puts "in jeopardy our collective goal of 40 to 50% sales of electric vehicles by 2030", he regretted.

This reform should also make it possible to strengthen the resilience of forests to fires.

Several billion dollars in tax credits will also be offered to the most polluting industries to assist them in their energy transition, a measure strongly criticized by the left wing of the party.

Coming to power with immense reform projects, Joe Biden saw them buried, resurrected, then buried again by a very moderate senator from his camp, Joe Manchin.

The very thin Democratic majority in the Senate offers the elected representative of West Virginia, a state known for its coal mines, a quasi-right of veto.

At the end of July, the leader of the Democrats in the Senate finally succeeded in wresting a compromise from Mr. Manchin.

On Saturday, the senators finally began to debate the text in the hemicycle.

In the evening, they entered a marathon procedure called "vote-a-rama", during which, with drawn features, they for fifteen hours in a row proposed dozens of amendments and demanded a vote on each.

The opportunity for the Republican opposition, which considers the Biden plan too expensive, and for the Democratic left wing, which wanted it wider, to present their grievances.

Influential senator on the left, Bernie Sanders has presented several amendments supposed to strengthen the social aspect of the text, considerably trimmed in recent months.

The text provides for 64 billion dollars of investment in health and the gradual reduction in the price of certain drugs, up to ten times more expensive than in other rich countries.

But progressives had to abandon their ambitions of free public kindergartens and universities and better care for the elderly.

"Millions of retirees will continue to have rotten teeth and not receive the dentures, hearing aids or glasses they deserve," Sanders criticized from the hemicycle.

In parallel with these massive investments, the bill intends to reduce the public deficit with a new minimum tax of 15% for all companies whose profits exceed one billion dollars, in order to prevent certain large companies from using tax loopholes. which enabled them to pay much less than the theoretical rate.

It is estimated that this measure could generate more than $258 billion in US federal revenue over the next 10 years.