This weekend, the Zaporizhia nuclear power plant in Ukraine once again came under fire. The Secretary General of the United Nations described this Monday as “suicidal” any attack… 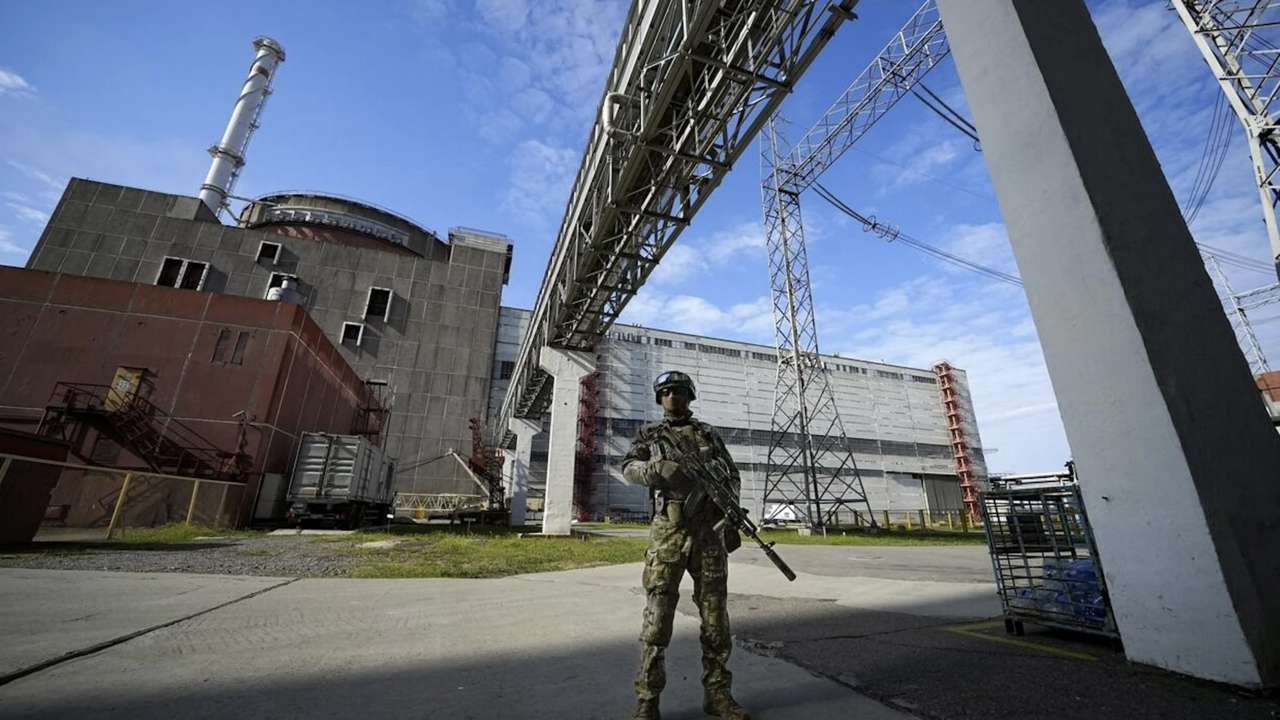 The Zaporizhia nuclear power plant has been occupied by the Russians since May 1, 2022. This photo was taken during a press trip organized by the Russian Ministry of Defense in July.

This weekend, the Zaporizhia nuclear power plant in Ukraine once again came under fire.

The UN Secretary General described Monday as "suicidal" any attack on nuclear power plants and called for the cessation of military operations around Zaporizhia, so that the International Atomic Energy Agency (IAEA) can to access.

"Any attack on nuclear power plants is a suicidal thing," Antonio Guterres told a press conference in Tokyo.

A visit as part of the commemoration of the American nuclear bombardments of Japan in August 1945.

Nobody, nobody can accept the idea that another nuclear war could occur

Antonio Wars, Secretary General of the United Nations: "We are at a time when the risk of a nuclear confrontation is back"

For several days, the UN Secretary General has been warning about the nuclear risks for humanity, which is only "a misunderstanding" or "an error of judgment" from "nuclear annihilation", he warned on August 1 in a speech in New York.

On August 6, the 77th anniversary of the atomic bombing of Hiroshima, he said humanity was playing "with a loaded gun" in the context of the current nuclear-related crises.

In Ukraine, the Zaporijia power plant was again the target of fire on Friday and Saturday, Russians and Ukrainians

accusing each other of these bombardments

The Russian authorities occupying the city of Energodar, where the plant is located, have thus affirmed that the Ukrainian army had fired a cluster munitions device with a “Hurricane multiple rocket launcher” on the night of Saturday to Sunday. .

"The shrapnel and rocket engine fell 400 meters from a working reactor," they continued, adding that the strike had "damaged" administrative buildings and hit "a spent nuclear fuel storage area." .

: in Ukraine, strikes near a nuclear reactor, departure of three cargo ships loaded with cereals

At the same time, the Ukrainian state company Energoatom announced that one of the employees on site had to be hospitalized for "wounds caused by the explosion" of one of the rockets fired Saturday evening by the Russians.

“Three radiation monitoring detectors around the plant site were damaged (...).

Therefore, it is currently impossible to detect” a possible increase in radioactivity and therefore to “intervene in good time”, she added.

The plant is located in southern Ukraine, on the banks of the Dnieper River.

With a total capacity of 6,000 megawatts, it provides 20% of the country's electricity needs.

Inaugurated 37 years ago, it is made up of 6 reactors.

Construction of the first began in 1979, when Ukraine was part of the Soviet Union, and the last was completed in 1995. The design of these pressurized water reactors is considered to be among the safest: they are more modern than those of the Chernobyl power plant, one of whose reactors exploded in April 1986, causing the plant to shut down.

Considered the largest power plant on the European continent, Zaporizhia is therefore a real nuclear monster.

Last March, Ukraine's foreign minister warned that if the plant exploded due to bombing, the effects would be ten times worse than those of the Chernobyl accident.

This is the most serious in the history of the civil nuclear power industry.

It is level 7, the highest level of the international INES scale (International nuclear event scale).

The International Atomic Energy Agency (IAEA) on Saturday deemed "increasingly alarming" the information from the Zaporizhia power plant, one of whose reactors had to be shut down after the attack the day before.

“I hope these attacks will end.

At the same time, I hope that the IAEA will be able to access the plant” in Zaporijia, Antonio Guterres launched again this Monday morning.