France: cat abandonment is increasing at the SPA

International Cat Day is held on August 8 every year. After 2021, a record year with more than 12,800 abandoned animals, the association noticed this summer that its shelters have never been so… 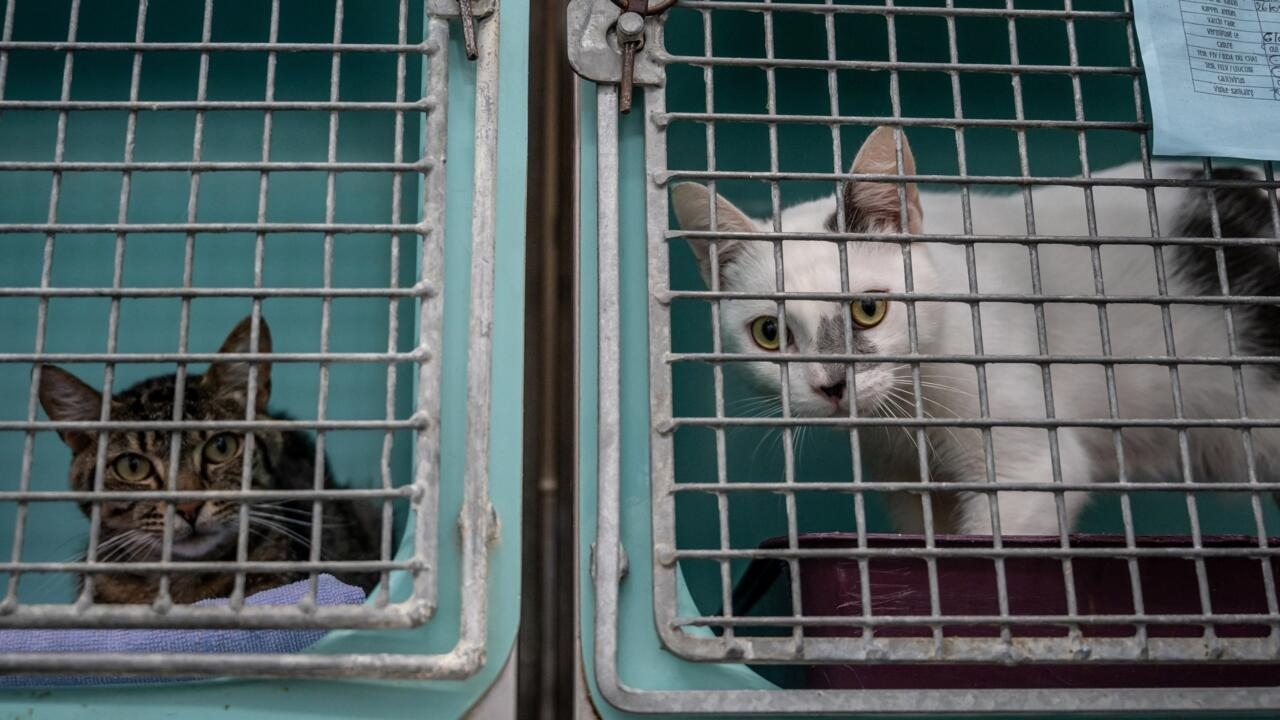 France: cat abandonment is increasing at the SPA

International Cat Day is held on August 8 every year.

After 2021, a record year with more than 12,800 abandoned animals, the association noticed this summer that its shelters have never been so full.

In its shelters, the SPA has more and more cats.

It is nearly two thirds of the animals that they collect each year.

More than 30,000 cats found refuge at the SPA last year... This summer, they are still very numerous... Result of the cessation of sterilizations during confinement.

So we had litters of cats in very, very large numbers that people discover in their garage, in their basement, in their attic, which are not abandonments in the legal sense of the term

People bring them to us, because when you have eight or ten little cats in your garage, obviously you don't keep them.

So they bring them to an animal protection association.

The 63 shelters and houses of the SPA are already saturated, even though the summer is not over, with 8,818 dogs and cats, but also some rodents, horses and farm animals, waiting for adoption, indicated the animal rights organization on Wednesday to AFP.

It recorded 8,225 in the same period last year, an increase of 7% in support.

The SPA notes a slight decline in dropouts (-3%) compared to 2021, which had been a record year, but the establishments are always full.

A cat rests in a cage following an operation, before being offered for adoption at the SPA animal shelter in August 2018. AFP - JOEL SAGET

Of all these cats, half are kittens.

That you have to bottle, feed and above all watch.

And when there are no more places in the shelters, other solutions have to be found.

There are two palliative measures: one is to tell people 'listen, we can't take the animals away from you right away.'

And above all, we have recourse to relay families, which allows us to keep them with people of good will, and then to offer them for adoption in September when the situation will be less tense

To help independent shelters that take in abandoned cats and dogs, the 30 Million Friends Foundation, for its part, paid more than 1.35 million euros this summer to 214 establishments spread across France, which have "

more need our help more than ever

, ”explains Reha Hutin, president of the foundation, quoted in a press release.

Without the help of these small structures, the animals "

left to themselves, brought to the pound, risk euthanasia within eight days if their master does not claim them

Despite the awareness campaigns of animal protection NGOs, the favorite acquisitions of dogs and cats result, each summer, in too many abandonments

According to the foundation, 79 animals are collected in shelters for an average of 50 places available.

As a reminder: abandoning an animal is punishable by 3 years' imprisonment and a fine of 45,000 euros.

[1/2] On this International Cat Day, a day dedicated to the well-being of our feline friends, our thoughts go out to our more than 8,100 cats and kittens abandoned since the beginning of summer.