Invested on Sunday August 7, Gustavo Petro became the first left-wing president in the country's history. The former guerrilla swore in front of tens of thousands of people. Gustavo Petro... 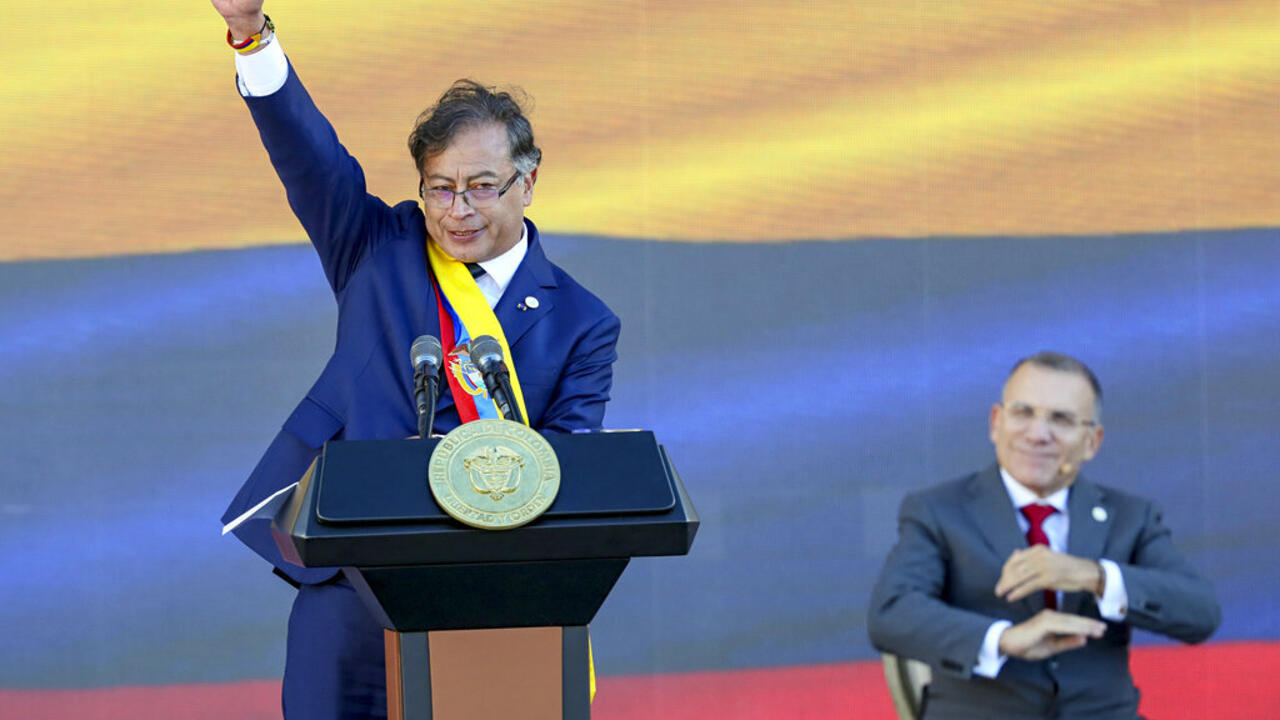 The former guerrilla swore in front of tens of thousands of people.

Gustavo Petro was elected on a social program, promising to fight inequality and corruption, but also to bring peace with armed groups.

RFI: Peace with armed groups, promised by Gustavo Petro, is perhaps one of the most important issues of this mandate.

We already know that the main splinter group of the FARC has proposed a ceasefire.

The president, himself a former guerrilla, unsurprisingly declared during his inauguration that he was open to dialogue with armed groups.

Can his coming to power calm tensions with certain groups?

: I don't think we should expect that the mere presence of the new president and his vice-president Francia Marquez can give rise to an immediate peace agreement with the ELN.

It will take mutual trust and the establishment of a negotiation mechanism between these guerrillas and this new government.

Colombia already has experience of peace processes, following the agreements with the FARC.

But each actor is very particular, the

does not have the same history as the FARC.

The agreements are not for now, it will start, but it will take time.

The Minister of Foreign Affairs picks up precisely where Ivan Duque abandoned the negotiation agreements.

Petro's government team is convinced that peace is the only way out.

The Clan del Golfo, one of the most powerful drug cartels in the world, announced a unilateral ceasefire on Sunday August 7, while in his speech Gustavo Petro aimed for an end to the anti-drug war for a prevention policy.

Can we expect appeasement?

Perhaps an appeasement, but this is not the first time that the Clan del Golfo has proposed a cessation of hostilities.

This is not the first attempt to appease the conflict with these groups.

The Clan del Golfo nevertheless remains a criminal group which, depending on the circumstances, regularly comes out with regard to the cessation of its illegal activities.

Gustavo Petro got elected promising to fight inequality and corruption.

But this will not be an easy task since the country is precisely very unequal: what are the specific challenges that await it on this side?

How does he plan to go about it?

If we listen to Petro and his vice-president, there are a lot of reforms to be made.

Regarding tax reform, it is urgent, because 12% of the population is in a state of extreme poverty.

The priority is to put in place a reform that would tax the richest 10%, who hold 70% of the country's wealth.

The idea is to create a solidarity tax system, which does not see, as the president says, taxation as a punishment, but as solidarity participation in change and the positive transformation of the country.

How to finance it, this reform?

The question is rather whether we will succeed in putting it in place.

Because this reform emphasizes the taxation of the richest 10%, therefore the owners often, but also companies and investment capital.

It is a progressive reform that seeks to reassure investors, while recalling that no country can eradicate poverty without a surge of solidarity, especially for the wealthiest.

Colombia: invested president, Gustavo Petro aims for the end of the "anti-drug war"

Where is the social protest movement, which broke out last year?

What are the expectations of these demonstrators who had beaten the pavement?

For the moment, they are appeased.

This movement worked very hard precisely for this historical transformation.

They will probably wait a bit, see what these first three months will give.

They are enthusiastic, we will see within three months if the government can and succeeds in putting in place essential elements concerning tax reform, health and perhaps particular attention to the policy of eradicating malnutrition, especially in the north of the country and on the Pacific coast.

Internationally, this new government could be a game-changer.

This is the first time that Colombia has a left-wing president.

Venezuela and Colombia renewed their diplomatic ties yesterday, on the occasion of this investiture.

How will this translate?

Already, the historical relationship between Colombia and Venezuela is crossed by trade relations.

The closed border and diplomatic tensions have hit the border economy between the two states hard.

There has also been Colombian migration to Venezuela for decades and vice versa now.

There was an interest in calming these relations, in opening these borders – which were not completely closed, there was nevertheless a permanent flux.

Now there is the idea of ​​reactivating the economic life of the border and supporting a process of stabilizing security and order in the area, where drug traffickers and guerrillas are present.