The Great Digital Darkness... Will Humanity's Legacy Be Lost in the 21st Century If the Internet Disappears?

Writers, authors, and publishers use computers, websites, and cloud storage services to store their information and data electronically, but much of our global cultural heritage in digital form is at risk of disappearing. 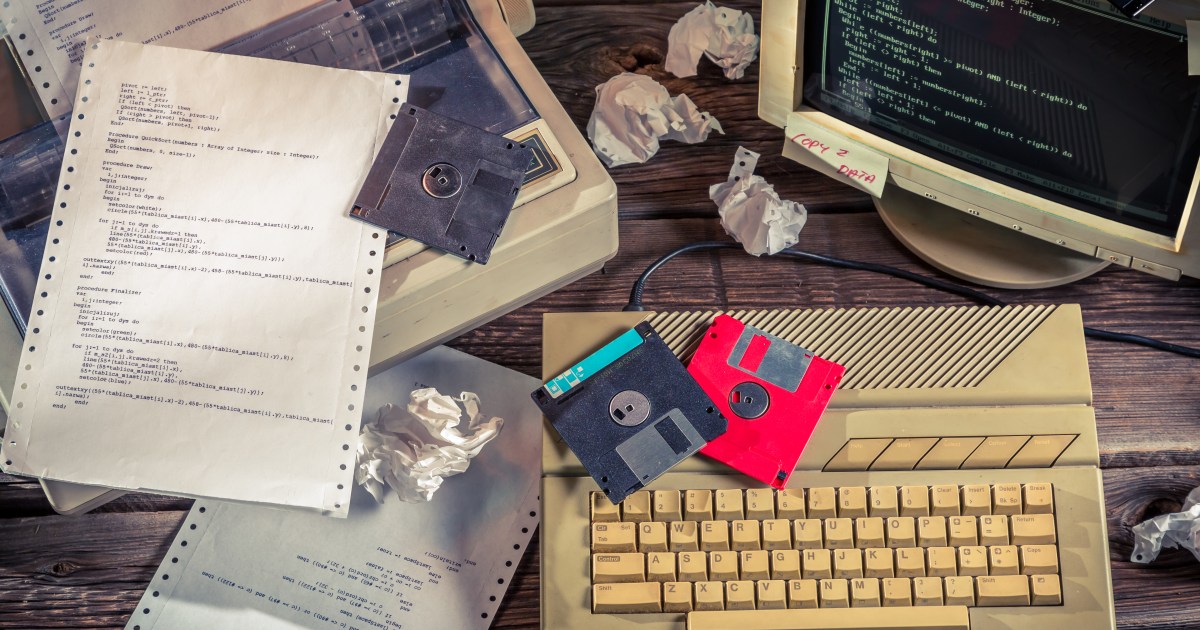 Empires fall, libraries burn, people die, but humanity's tangible heritage can be traced to ancient archaeological items left by previous humans around the world, and as historians and archaeological researchers find ancient records on stone, parchment and papyri, humans today do not leave many records that can be read with the naked eye from Without technical media, technological devices, software and technical knowledge.

Imagine a catastrophic global electromagnetic storm disrupting Earth's digital information infrastructure. These apocalyptic fantasies seem far removed from current reality and closer to dystopian sci-fi movies, but raising the idea as a curious thought experiment seems important. Our current records are digitalized in a way that makes many They wonder what documentary evidence will remain for future historians trying to study our current civilization.

Writers, authors, publishers, and even journalists currently use computers, websites and cloud storage services to store their information and data electronically, but much of our global cultural heritage is at risk of disappearing.

This is because a large part of the information, data and human knowledge that we produce now is generated and stored electronically without physical backup of any kind.

As technology continues to advance, and computers and software change, the possibility continues to grow that early 21st century data will one day become unreadable.

The Canadian researcher in the history of digital documentation, Terry Cooney, believes that huge amounts of digital information have already been lost forever, and notes that digitally written heritage cannot be republished again unless it is archived from the beginning correctly for technical considerations, and this makes the task of “rescue” difficult, complex and expensive the cost.

Kony coined the term "dark digital age" in the nineties of the 20th century, and believes that electronic storage systems sometimes do not absorb the oldest digital heritage, and the techniques used at each stage differ, which makes the continuity of electronic documentation a difficult issue without going back and compatibility with technologies The outdated companies that produced them may also have disappeared from the scene, and the different software that plays the media can make it difficult to work with.

As the financial resources available to libraries and archives continue to decline, and the complexities of restrictive licensing and intellectual property systems increase, it is difficult for libraries and archiving and documentation institutions to preserve the current electronic heritage, especially with the increasingly privatization of this sector globally, making information and knowledge a commodity that commercial companies compete for.

Some Internet platforms offer the service of archiving lost web pages that can be returned to and their content can be viewed even when the sites are removed from the web, but what if the entire Internet disappears or becomes inaccessible, as happens in emergencies and disasters?

There is no guarantee that modern technology will work for thousands of years as ancient technology such as stone engravings and clay writing tablets did.

Researchers say that modern humans produce a huge amount of information and data, including knowledge heritage, but they can bequeath to future generations a small part of this heritage compared to what they inherited from the heritage of their ancestors recorded on murals, material writings and even stone inscriptions that preserved what was written on them thousands of years ago. the years.

In her study on the "dark digital age", Louise Williams, a researcher in the Department of Museums and Heritage at the British University of Nottingham, says that governments, companies, research institutions, libraries and archival institutions have become completely dependent on digital information, as well as individuals, and the issue of digitizing the world of research has become much earlier and faster. From many other sectors, this poses a threat to the longevity and retrieval of scientific information.

As science relies on knowledge gained in the past for further progress, it is strange that some people think that the risks of losing scientific heritage in the digital world are lower claiming that “it is now very easy to store it somewhere digitally”, and many argue that scientific heritage “is what Long digital, it's safe," but anyone who's tried to open an old file, or play a video made a few years ago, no matter how well and secure it is stored, will find it's not that simple, the researcher continues.

Converting or transferring files to newer formats is often not available as well, as well as technical obsolescence that corrupts many files.

In short, anything digital is fragile and liable to be lost due to the explosion of volumes of information and digital data in terms of scale;

In the digital age, there are problems of memorization itself, and the second problem lies in the ability to understand the data. It was possible to decode ancient texts such as hieroglyphs and cuneiform, but the information stored digitally may not be so easily understood.

The social context of technology

In a comparison for the Journal of the History of Ideas (JHI), authors Sarah Mohr and Edward C. Williams found that humans are key to the survival of cuneiform information on clay tablets.

In ancient Mesopotamia, the biblical culture meant repeatedly copying the contents of clay tablets for practice and preservation.

There are texts that we know from only one copy, but in order for that copy to survive it was necessary to have other copies, and the clay and the pen did not guarantee the preservation of the information written in cuneiform writing, but rather the people, through their writing practices, were the ones who preserved it.

The authors say that cuneiform writing is more than just the effect of words on clay tablets with a reed stylus. It was deeply rooted in the actions of certain groups of people and in their culture, and this idea certainly applies to technology as a whole.

There is an interrelationship between all the elements of society, and each component cannot be considered or evaluated without the context of the whole. Instead of concentrating on clay and reeds it is necessary to consider the entire “technical social system” that governed the interaction between people and technology.

They go on to say that it is somewhat surprising that old technology did not touch much on the social aspect of technology, especially with the recognition of the impact of social context on modern technology;

The technology should not only be effective but also match the social and economic conditions in which it is used.

Ultimately, it was the writing culture of ancient Mesopotamia that committed to copying and re-copying for thousands of years, and discussion of the idea of ​​a “digital dark age” might make the world think about ways we can modify our cultural practice using the tools of technology.