New bombing of a nuclear power plant in Ukraine

The Ukrainian state nuclear energy company Energoatum announced yesterday that one of its employees was injured when Russian forces again bombed the Zaporizhia nuclear power plant, the largest in Europe, explaining that missile attacks bombed the site of the station's dry storage facility, where 174 containers are stored. 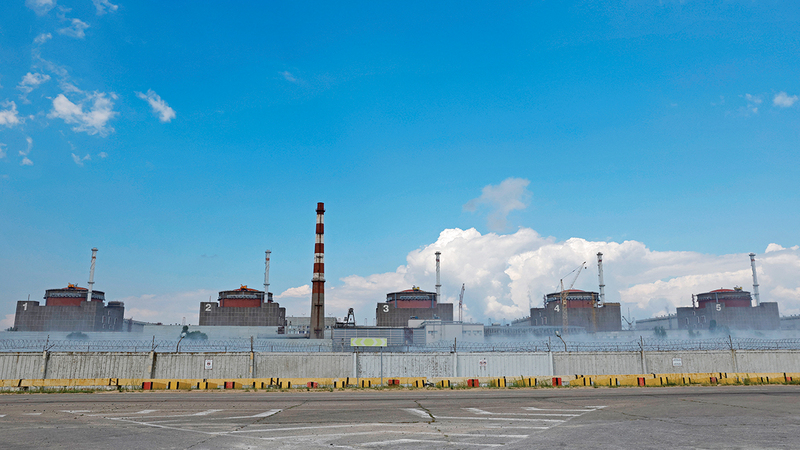 New bombing of a nuclear power plant in Ukraine

Workers at the Zaporizhia plant disconnected one of the reactors after the bombing.

The Ukrainian state nuclear energy company Energoatum announced yesterday that one of its employees was injured when Russian forces again bombed the Zaporizhia nuclear power plant, the largest in Europe, explaining that missile attacks bombed the site of the station's dry storage facility, where 174 containers containing spent nuclear fuel are stored. , in the fresh air.

The Director-General of the International Atomic Energy Agency, Rafael Grossi, had raised great concerns about the bombing of Zaporizhia, and warned of the risk of a nuclear catastrophe.

The Zaporizhia station was captured by Russian forces in the first phase of the war, but it is still operated by Ukrainian technicians.

The shells hit a high-voltage power line, the day before yesterday, forcing the operators to disconnect one of the reactors, although no radiation leak was detected.

The two sides exchanged accusations of involvement in the bombing, and "Energoatom" blamed Russia for the damage, while the Russian Defense Ministry accused Ukrainian forces of bombing the station.

"The operation of the Zaporizhzhya nuclear power plant is taking place under the threat of violation of radiation and fire protection standards," the Ukrainian state nuclear agency said, adding that there was still a risk of hydrogen leakage and dispersal of radioactive particles.

The International Atomic Energy Agency renewed its demands to be allowed to send a team to the facility, at a time when the High Representative for Foreign Affairs and Security Policy of the European Union, Josep Borrell, said that the European Union condemned the activities of Russian forces around the Zaporizhia nuclear power plant, describing the Russian moves as a “serious violation.” and irresponsible for nuclear safety rules.”

For his part, Ukrainian President Volodymyr Zelensky praised his armed forces for launching successful counter-attacks against the Russian side, and stressed the role of Western weapons in this.

In his video address, Zelensky said that the Ukrainian army had achieved strong results in the last week in destroying Russian military equipment.

Zelensky added that any attack on Russian forces' ammunition depots and locations, and on stocks of Russian technological equipment, saves the lives of Ukrainian soldiers and civilians.

Zelensky referred in particular to the support of the United States, which announced a few days ago that more weapons would be delivered to Ukraine in the amount of $550 million.

This should include Hemar munitions for multiple rocket launchers and 75,000 artillery shells, Zelensky said.

In a statement, the authority stated that additional forces and air defense equipment were being mobilized in the border area with the Ukrainian region of Volhynia.

In addition, the Ukrainian Minister of Infrastructure, Oleksandr Kobrakov, announced that a fleet of four ships carrying grain shipments departed yesterday morning from Ukraine's ports in the Black Sea, in the second shipment of food products since Ukraine and Russia reached a safe transit agreement on July 22.

And the “Bloomberg” news agency quoted the minister as saying that the ship set off carrying nearly 170,000 tons of agricultural products.

Concerns are growing about the safety of Europe's largest nuclear power plant in the Zaporizhia region.

A fleet of 4 ships laden with grain leaves Ukraine.