England: Manchester United fall from entry, for the first of Ten Hag

With Cristiano Ronaldo on the bench at kick-off, Manchester United conceded a logical defeat at home against Brighton (2-1) on Sunday for the first outing of new coach Erik Ten Hag... 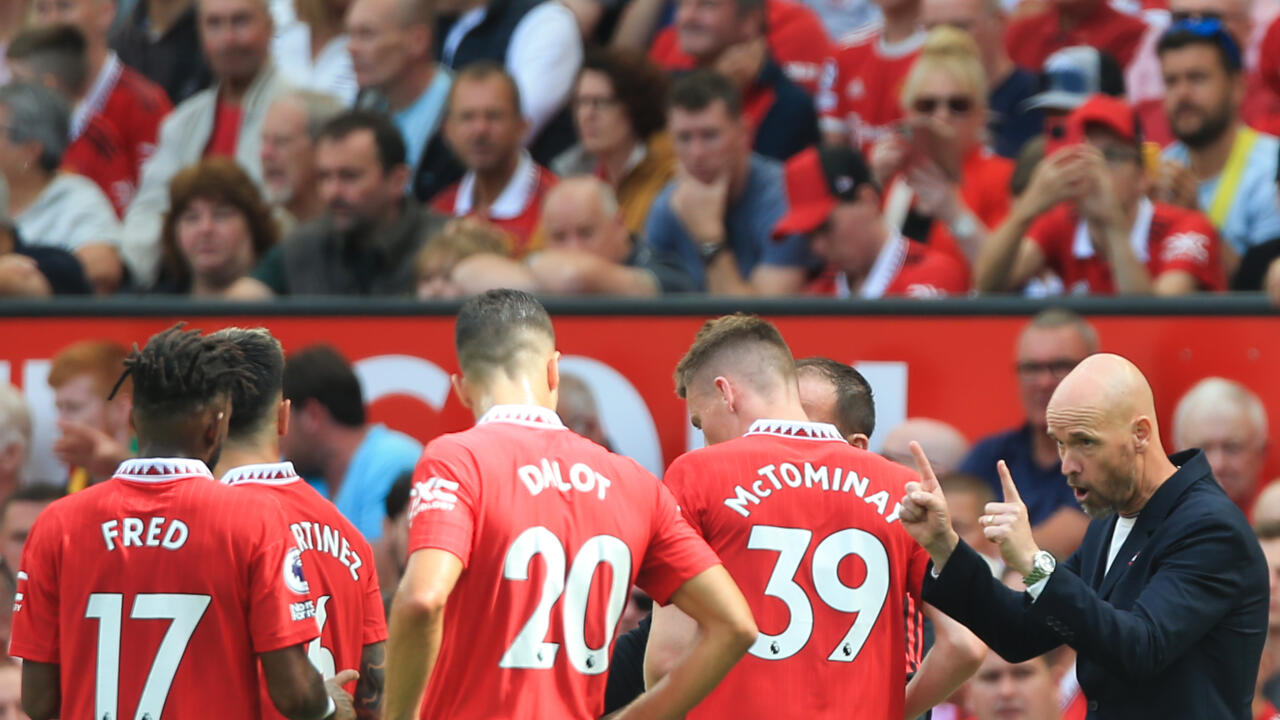 For his first official match on the Mancunian bench, the Dutch coach could never find the solutions against his counterpart Graham Potter, who pulled off a perfect tactical move and sent the Red Devils back to their doubts after a failed season.

Manchester had started the game rather well, with intensity and movement, creating two chances through Bruno Fernandes (7th) and the experienced Christian Eriksen (24th).

But the Seagulls were able to take advantage of Manchester's weak points, in particular the feverishness of goalkeeper David de Gea, who was slow to react whenever he was called upon.

On the first goal, he badly anticipated a cross from Danny Welbeck for Pascal Gross at the far post (30th).

On the second, he badly repelled a shot from Solly March, which Gross again took advantage of (39th).

Brighton was not much more threatening than on these two goals, but shot much more (12 against 5).

Manchester had to wait until the 60th minute to prove dangerous again, on a cross from Cristiano Ronaldo, which came into play a few minutes earlier, for Marcus Rashford who stumbled on Robert Sanchez.

Seven minutes later, the Spanish goalkeeper gave the Red Devils hope by missing his exit from a corner.

The ball bounced on the head then on the back of Diago Dalot, before slowly heading towards the goal (2-1, 67th).

But in the minutes that followed, the Mancunians showed the same attacking limits that Old Trafford have grown accustomed to since Cristiano Ronaldo's arrival last summer.

Apart from the 37-year-old striker, who is keen to leave, the lack of a great striker is felt more than ever.

In the other game, Leicester were held in check by Brentford (2-2) after leading by two goals.