Cuba appeals for help after the giant fire - thousands are evacuated

Cuba is appealing for help with the uncontrolled fire that has been raging since Friday at an oil installation in the city of Matanzas. 17 firefighters are missing and 121 people are injured, writes the news agency AP. 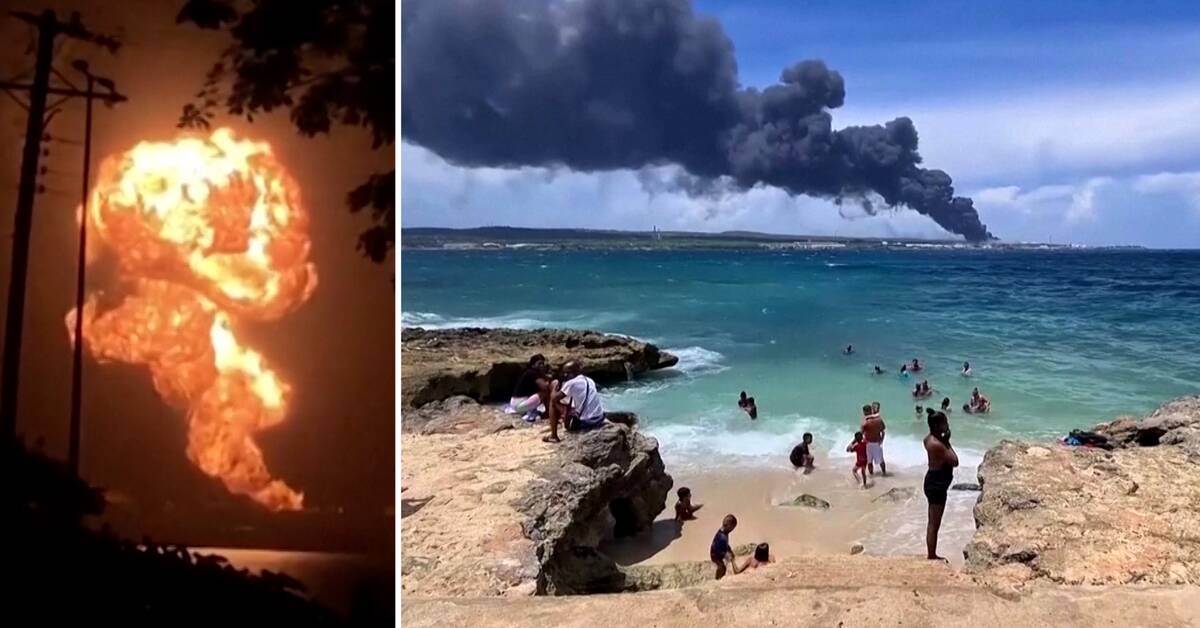 During a thunderstorm on Friday evening local time, lightning struck an oil tanker at the Matanzas Supertanker Base in Cuba.

On Saturday, the fire spread to another tanker.

The fire in the tanks has caused heavy explosions.

The heavy, black plume of smoke from the fire is more than 100 kilometers long.

Cuban authorities are now appealing for help from international experts and countries with experience in the oil sector.

“We humbly thank the governments of Mexico, Venezuela, Russia and Chile who quickly offered material assistance in this complicated situation.

We also appreciate the offer of technical expertise from the United States," writes President Miguel Diaz-Canel on Twitter.

Firefighters are struggling to cool down the remaining tanks to prevent the fire from spreading further.

In total, there are eight huge oil tanks at the facility.

How much oil they hold is not known at this time.

One deceased person has been found and 17 people are missing.

According to the authorities, the missing are firefighters who were in the vicinity of the fire and who fought to prevent further spread.

At least 121 people are injured.

Of those, 36 people are being treated in hospital, five with critical injuries.

More than a thousand people in the area have been evacuated, writes the Reuters news agency.

Cuba has a major energy shortage and daily power outages are common.

The loss of oil and the ability to store it is likely to compound the energy problems.