Zuberoa: the place by which Mortier justified his visit to the Basque Country

Chefs and gastronomes agree that Hilario Arbelaitz is a master. Everything has already been written about his Zuberoa restaurant, his dining room is full at noon and at night and his... 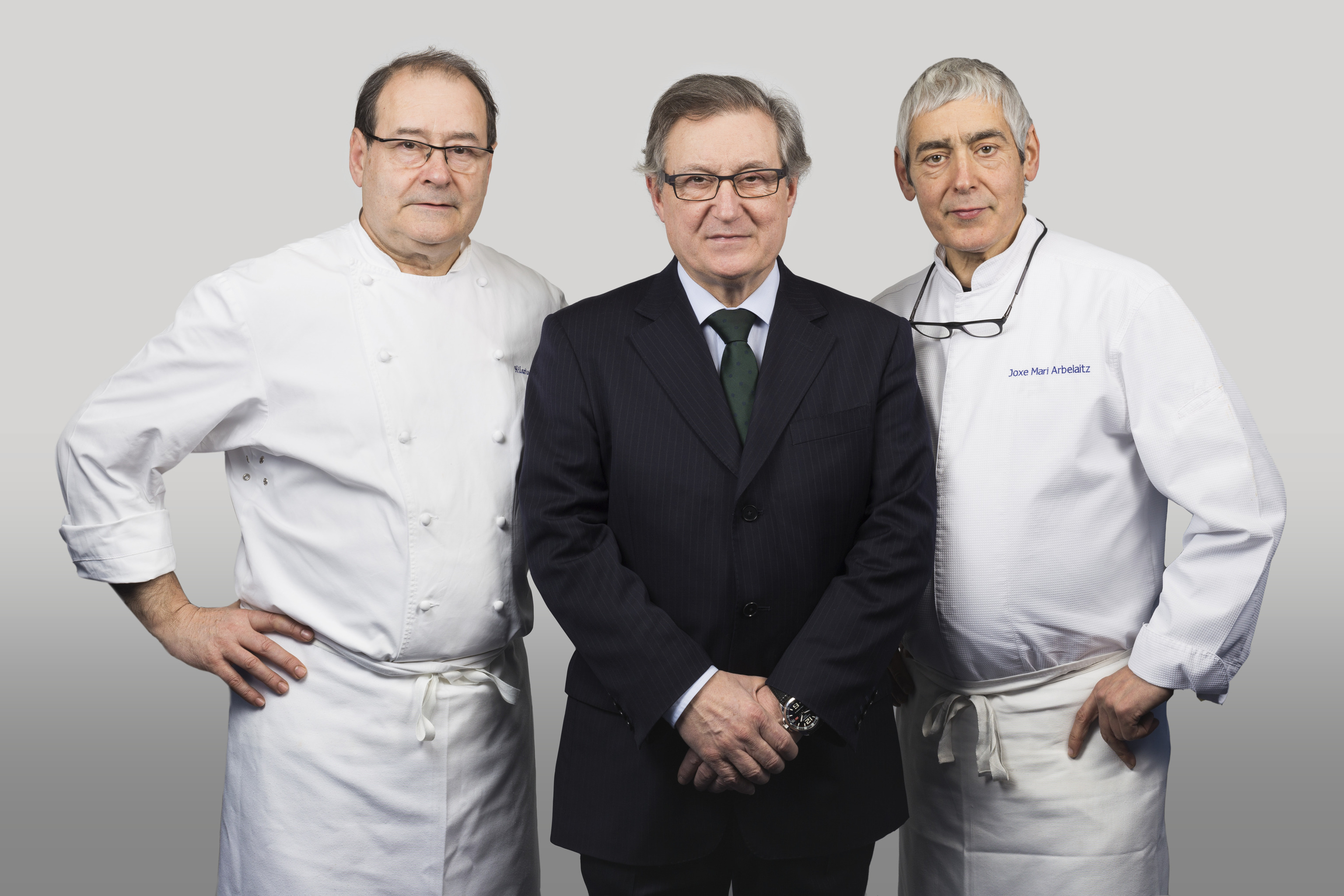 Chefs and gastronomes agree that Hilario Arbelaitz is a master.

Everything has already been written about his Zuberoa restaurant, his dining room is full at noon and at night and his clients reserve a table and cheesecake at the same time.

Despite everything, recounting how a project that was born in a farmhouse in a town in Guipúzcoa, Oiartzun, is maintained, is worthwhile.

"We were born in the village where Zuberoa is now.

It is the oldest in this town, it is estimated to be around 700 years old. About 55-60 years ago our parents set up a kind of picnic area-grill.

We were studying but our father died, we were seven brothers

and then you had to lend a hand.

I started working with my mother in the kitchen and my brother Eusebio (67) too.

Due to life circumstances we had to enter the kitchen.

José Mari (62) also set up a restaurant but now he has returned home and we are the three brothers", confesses Hilario Arbelaitz (71), the architect of this project.

Hilario's calm voice tells the story of his family, the Arbelaitz, a surname that has also crossed the borders of cooking.

"One of my sisters is also linked to the hospitality industry through her husband, another brother is dedicated to craft beer and my other two sisters

have made the Arbelaitz surname better known than us through clothing stores,"

says Hilario, giving him prominence to her sisters.

Hilario with his brothers Eusebio and José MariCedida

The success of his kitchen was forged with his mother's dishes and he, like a goldsmith, provided it with new elements that made it even more attractive.

"Our kitchen was our mother's kitchen, stews, casseroles and traditional flavors.

At first we did what she did but now it's a balance between traditional cooking and modern cooking. By this I mean that we keep many dishes of the cuisine from before because there are classics that cannot be missed. There is also an update on the tasting menu to cover other needs".

As Hilario himself tells, the circumstances of life led him to have to take the upper hand.

52 are the years that he has spent in charge of the kitchen and those that remain.

He acknowledges that he did not go to any catering school but highlights an episode in his career.

"The first eight years we were making our mother's stews. I wanted to see a kitchen that was not hers because I never went to school or anything. However,

I spent three weeks in a restaurant in Ainhoa, the French Basque area.

Those three weeks that I spent there were key for me to start other things later".

As for Zuberoa's gastronomic proposal, Hilario himself gives an account of it:

"There are some dishes that remain, such as the truffle risotto, the chickpea stew with foie...

But also the seasonal ones, now there is a small plate of seafood with lemon, we have had tear peas with a cod brandade emulsion, truffled white beans... Little baby squid too. In autumn hunting is very important because less and less is done in restaurants. Roe deer, partridge, hare, pigeon...".

"I'll go back to San Sebastián if you take me to the farmhouse".

Zuberoa has always been part of the restaurant circuit in the Basque Country visited by stars who go to the film festival, big businessmen, politicians and people from all walks of life.

said that our cheesecake was the best he had ever eaten in his life.

Robert de Niro, Woody Allen or Oliver Stone who was there a few months ago are some of those who have passed through here. Presidents of the government, lehendakaris, ministers ... A lot of people. Also from France, of course."

No one wants to be absent from Zuberoa's table and Hilario affirms that he can't cope, that they are full.

That is precisely what fills him the most, forgive the redundancy, especially after Zuberoa was stripped of a Michelin star (he currently has one).

Hilario downplays this fact with his usual prudence.

None of his children or his nephews have wanted to continue with the restaurant, so Hilario and his brothers will have to stay a while longer.

"There are many people who have trained with us who can continue. Nothing happens.

Of course, you have to make a lot of effort and always cook the best you can, no matter who is in the dining room."