These are the Madrid pools with the most user complaints: "This is a joke"

Broken toilets, broken water access ladders, lawns in poor condition, damaged enclosures in Filomena that have not yet been repaired... The rosary of complaints from... 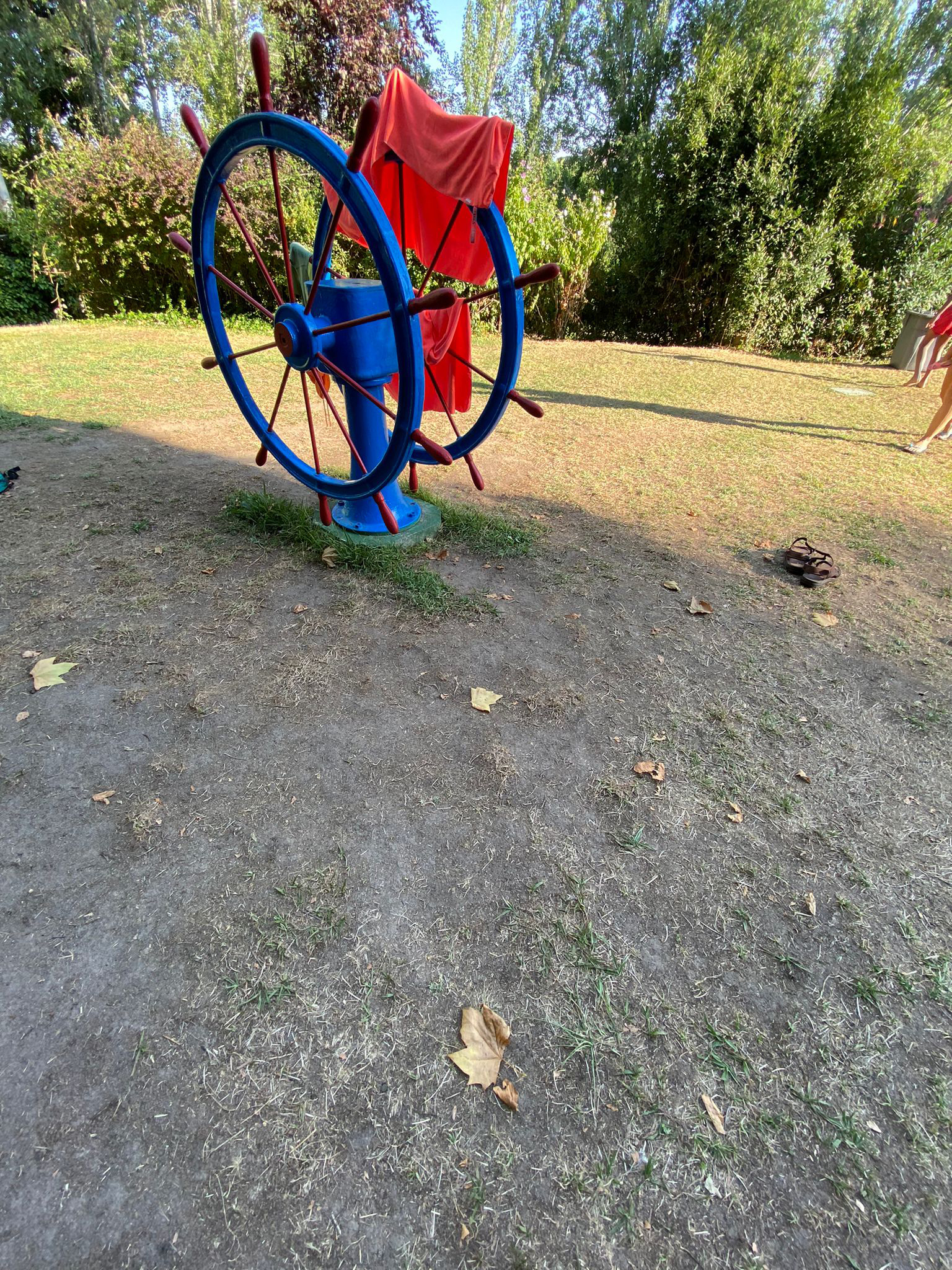 Damaged bathrooms, broken access stairs to the water, lawns in poor condition, damaged enclosures in Filomena that have not yet been repaired...

and many users raise the flag black to some of them.

Every year since 1985, the Foundation for Environmental Education has awarded the

distinction to the best beaches and ports in the world, based on criteria such as water quality and environmental management.

In return, since 2005 Ecologists in Action has awarded black flags to the most polluted beaches on the Spanish coast.

from users for their lack of maintenance, breakdowns or dirt, among other things.

which among those managed by the City Council is the most problematic.

The neighbors denounce that

the state of the lawn to rest is unfortunate

, and from the municipal government they explain that it is due to a breakdown in the irrigation system, but that they are already working to make it regrow.

Sonia San Andrés, from the La Unión de Hortaleza Neighborhood Association, affirms that the attempt is late: “We are in August now, and it is not that the grass is yellow, it is that there is no grass at all,” she laments.

some days they have detected verdigris in the water

, where a "greasy layer" is usually formed by the remains of sunscreen.

These are the conditions of the

only swimming pool open in the district of Hortaleza, with almost 200,000 inhabitants.

“If you are going to close some, you have to provide more resources to those that remain open,” says San Andrés, who explains that he has not yet received a response from the City Council.

From the association they attribute it to the "lack of interest" of the current municipal government:

"We believe it is a joke

We would not want to think that they make distinctions of social classes between the neighborhoods on the outskirts and others such as Chamberí or Salamanca.

In Hortaleza we deserve something else».

State of the lawn in the M-86 pool, in RetiroE.M

The situation is similar in the

located in the Retiro and managed by the Community.

There, users have three outdoor pools available: one for babies and two small ones.

The two largest ones are reserved for the Spanish and Madrid swimming federations, so they are not open to the public.

From the regional Executive they have recognized that during July some athletes -they have not specified how many- were training there, but that throughout August they will be closed for "maintenance work".

It is the only swimming pool for the almost 120,000 residents of this district.

'Lay down in a quagmire'

“You have to lie down in a quagmire,” says Félix Sánchez, from the Retiro Norte neighborhood association.

The less deteriorated grassy area is reserved for children's camps, so no one else can set up there.

In addition, they also do not have a cafeteria service, which will not be available until the end of August.

Residents claim to be able to use the large pools during the summer.

“It is a matter of political will and spending money,” says Sánchez, who adds: “Given that within the M-30 the possibilities of building outdoor pools are very limited,

we asked Ayuso for a small investment in the M -30.

-86 for the districts of Retiro and Salamanca

, which do not have a discovery either”.

where leaks were detected and only the heated pool and the outdoor children's pool have been opened.

, the adult pool and the purification system are being renovated, and a new children's pool will be built by the end of 2022.

it is about repairing the damage caused by snowfall Filomena a year and a half ago.

The City Council has reported that the works will be financed from remnants of 2021, so it was necessary to start them now to "not lose credit".

through the mobile application or the City Council's own website.

The remaining 5% is reserved for sale at the box office,

but only for people over 65

In the case of the pools managed by the Community, there are no shifts (from 11:00 a.m. to 8:00 p.m.) and the sale is exclusively online, with prices notably more expensive.

Throughout the summer there have been user complaints about this method of operation and the various failures it presents.

tickets sell out very quickly, sometimes in just a few minutes, and that sales websites are confusing and regularly crash.

When the user recovers the connection, the tickets have already finished and many people are left out of quota.

in a summer with record temperatures and marked by the heat wave.

For this reason, residents claim to be able to recover box office sales for all users and speed up and improve the Internet sales system.