The expert: More walrus visits to be expected

Animals swimming astray is nothing new, but walrus visits in the southern Nordic region have been unusually numerous this summer and more are to be expected, says conservation expert Tom Arnbom. So what does this really mean? 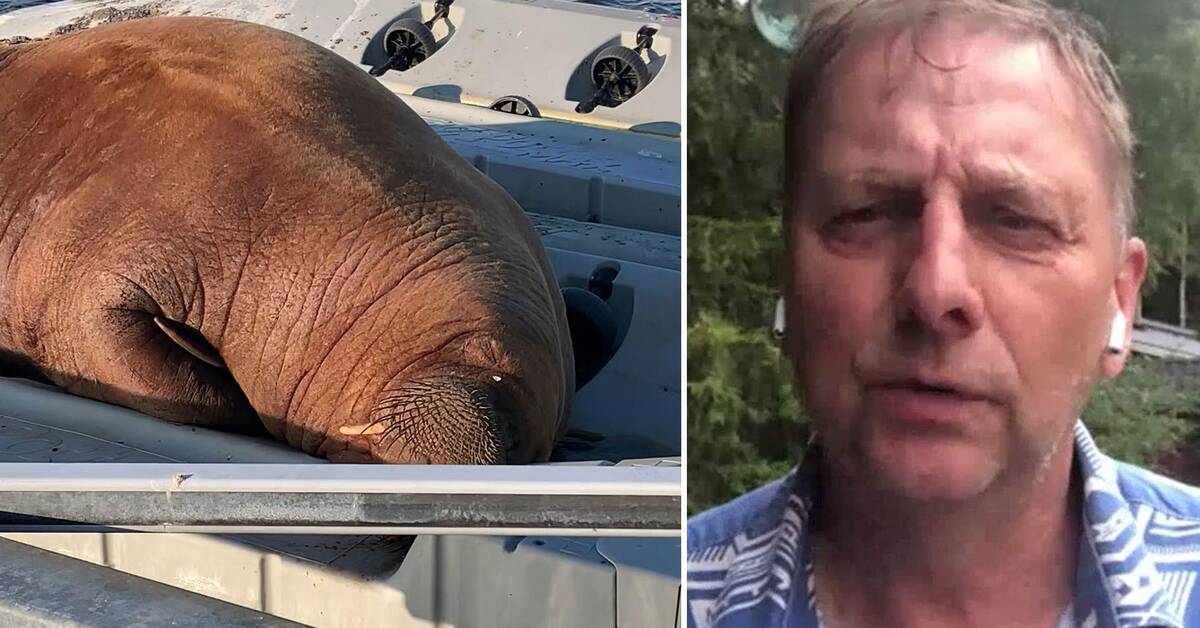 Headlines such as "Here the walrus appears - at Smögen", "Walrus on a visit outside Kungsbacka" and "Here the harbor in Oslo is visited by the walrus Freya" have appeared in the feeds lately.

Walruses and other Arctic mammals swimming astray is a phenomenon that seems to have become more common, says Tom Arnbom, docent in ecology and conservation expert at WWF.

- It's always young animals that move south, but it's usually an individual.

This year there have been three, four at least that have been out on the prowl.

It is difficult to say whether there is any statistical difference, but there have been unusually many animals this summer.

Why the walruses are looking south, no one really knows, but that climate change has a hand in the game is a low-odds guess, according to Arnbom.

- What has definitely been affected by the climate is that the ice is disappearing in the Arctic, and walruses live by and on the ice.

When it molts, the walrus has nowhere to lie, then it swims off to look for land and can go completely wrong.

The beluga also lives by the ice and can also be misled by its absence.

Perhaps that explains why such a specimen has been sighted in the Seine River near the French capital Paris this week.

- They are not supposed to be there, says Arnbom.

The walrus longs for home

Back to the walruses.

How well adapted are they to the climate in the southern Nordic region?

- The walruses have a lot of fat in them, so they thrive best in cold water.

They can handle the heat for a little while but in the long run it becomes a problem for them.

In addition, the walrus is a herd animal that longs to return to the colony when it is gone.

Even so, Arnbom believes that walruses and other alien species will continue to find their way south.

- The walruses are slowly increasing in the Atlantic, so we will probably get more visits in the future.

We will definitely see more dolphin species that we don't normally see here.

They have already increased in number, which is because they follow new species of fish that come here.

What impact these adventurous animals will have on the Swedish flora and fauna is not known, but when the ecosystem is disturbed, large-scale things can happen, Arnbom emphasizes.