The 749 sockets of the former mayor of Manilva Antonia Muñoz

Antonia Muñoz was a very popular mayor. In Manilva, the small town in Malaga halfway between Marbella and Gibraltar that she governed for six years, all ... 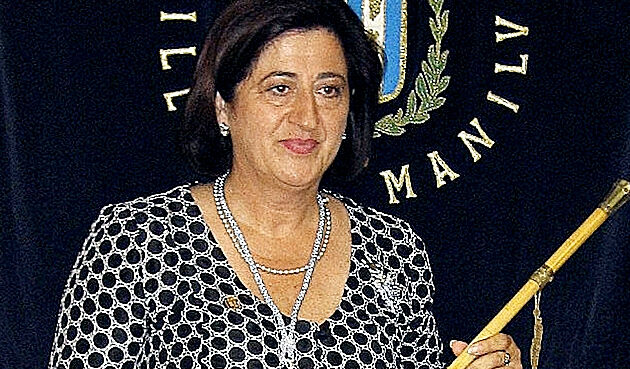 was a very popular mayor.

the small Malaga town halfway between

for six years, everyone wanted to be friends with the councilor.

Throughout those years, she turned her office into a placement agency.

She hired by hand and directly more than 700 of her neighbors, including her relatives, which has earned her the conviction of the

Many of those who came close to her when she was in power, now put land through her.

The ruling of the Ninth Section of the Provincial Court of Malaga condemns the former Manilva councilor -of the United Left-, to nine years of special disqualification from any employment or public office as the author of a continued crime of prevarication.

The court considers her responsibility proven in the formalization of 749 employment contracts without the legal procedures and appropriate guarantees.

But, who is Antonia Muñoz, the mayor of the 749 outlets?

Muñoz came to the Mayor's Office of Manilva in 2007 as head of the list of Izquierda Unida and remained at the head of this Malaga city council until 2013. Her term as head of the Consistory was not exactly calm and was marked by controversy and suspicions of corruption, which ended up leaving her on the bench, even long before the game started.

The sentence is not final and the former councilor has been in favor of continuing to fight for her innocence in court, although the last word will be said by her lawyer, who is the one who knows the law, Muñoz said in conversation with EL MUNDO.

“Those were very hard times, with a lot of pressure.

Now I am with my family and I have nothing to do with politics, but the internet posts and press clippings are there », she says, her voice cracking.

"I didn't do anything with bad intentions, nor did I take anything," he says, but the Provincial Court considers that the former mayor of IU hired more than 700 municipal employees through two apparently independent companies,

but that they really were not, since "they lacked their own funds, headquarters and staff other than the council."

In addition, the court details, "such was the communion between the Sports Society and the Consistory that the stamp used was the same", as was the contact telephone number and it was the town hall itself where "their payrolls were made and paid To their workers".

With this mechanism, the sentence details, legal procedures were eluded and selection processes that required "attention to the constitutional principles of equality, merit and capacity" were dispensed with and "those whom the mayor decided to hire" were chosen "personally". .

This form of contracting, continues the ruling of the Court, became "usual, the exception being those cases in which the receipt of extra-municipal funds was conditional on compliance with the law."

Among those hired as positions of trust, Antonia Muñoz came to have her own sister and her son's wife who joined as directors of the Foreigners and Coordination, and Promotion, Image and Protocol areas, respectively.

The first received a salary of 1,900 euros per month and 14 payments, having full and exclusive dedication;

while her daughter-in-law earned, according to the decree signed on July 8, 1,341 euros per month in 14 payments.

Among her neighbors, many defend her and there are even those who justify her actions.

"I dont think is bad.

It stands to reason that she wanted to hire someone she knew.

I would have done the same”, says

but the reality is that no one wants her name to appear in the newspaper because "this is a small town and we all know each other."

The Provincial Court has also sentenced the legal adviser of the City Council at that time,

to 21 months of disqualification for the same crime, in this case in the degree of necessary cooperation.

The magistrates consider that as a lawyer he had enough information to know that the hiring method was illegal.

Finally, the Malaga court has decided to acquit the then head of the Human Resources Area,

and the former Councilor for Sports,