Ukraine and Russia accuse each other of strikes on the site of the Ukrainian nuclear power plant in Zaporizhia, the largest in Europe, while three new shipments of cereals, crucial… 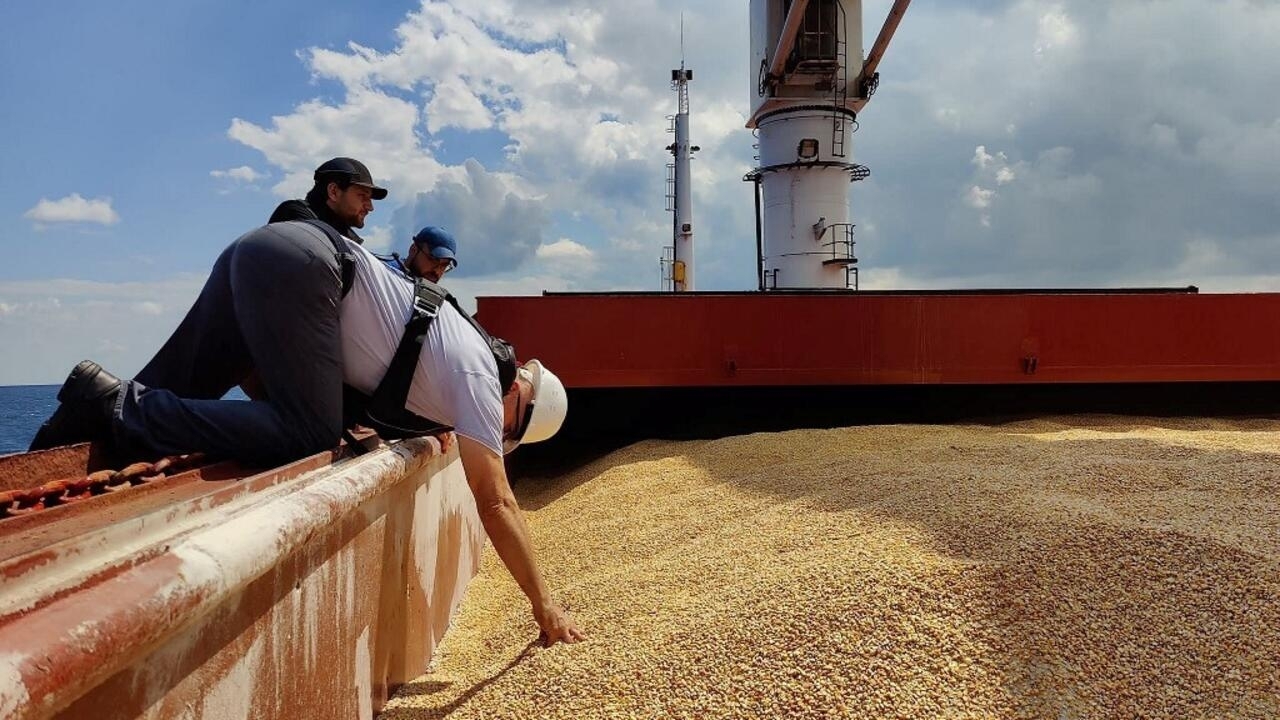 The situation was confused Friday evening concerning the situation at the Zaporijia power plant, under Russian occupation since the beginning of March, kyiv and Moscow rejecting responsibility for strikes on the site.

"Today, the occupiers have created another extremely risky situation for all of Europe: they have twice struck the nuclear power plant in Zaporizhia. Any bombardment of this site is a shameless crime, an act of terror", hammered President Volodymyr Zelensky in his daily video message.

"Despite the provocations of the Russians, the plant continues to operate and supply electricity to the energy system of Ukraine through lines in operation. In accordance with their capacity, it was decided to unload and disconnect one reactors," said Ukrainian state-owned company Energoatom.

However, "there are risks of hydrogen leakage and spraying of radioactive substances. The danger of fire is high," she warned.

The Russian army, for its part, spoke in a press release of "artillery fire" from "Ukrainian armed formations", both "against the territory of the Zaporizhia power plant and the city of Energodar", and denounced " acts of nuclear terrorism".

The International Atomic Energy Agency (IAEA) ruled on Tuesday that the situation was "volatile" and "more and more dangerous day by day" at the Zaporizhia power plant.

Five days after the departure from the southern Ukrainian port of Odessa of a first cargo ship - expected in Lebanon on Sunday - carrying Ukrainian cereals since the outbreak of the Russian offensive, three other shipments, also of corn, left Ukraine in convoy, the Turkish Ministry of Defense announced.

They are destined for Ireland, England and Turkey.

A series of regular rotations should follow to supply agricultural markets.

Simultaneously, a building is on its way, also to recover cereals, towards the Ukrainian port of Chernomorsk, which it must reach on Saturday.

"The main thing now is the steady increase in exports," noted President Zelensky.

Russia and Ukraine have signed two separate agreements, validated by Turkey and the United Nations, which allow the export of Ukrainian cereals immobilized by the conflict and Russian agricultural products despite Western sanctions.

With the aim of alleviating the food crisis in some of the poorest countries linked to the blocking of Ukrainian ports.