Iñaki Urdangarin: silences the rumors of separation with Ainhoa ​​Armentia and spends his first summer without the Infanta

While awaiting her divorce, Infanta Cristina (57) is living her first single summer as a true nomad, perhaps to avoid remembering her abrupt separation from... 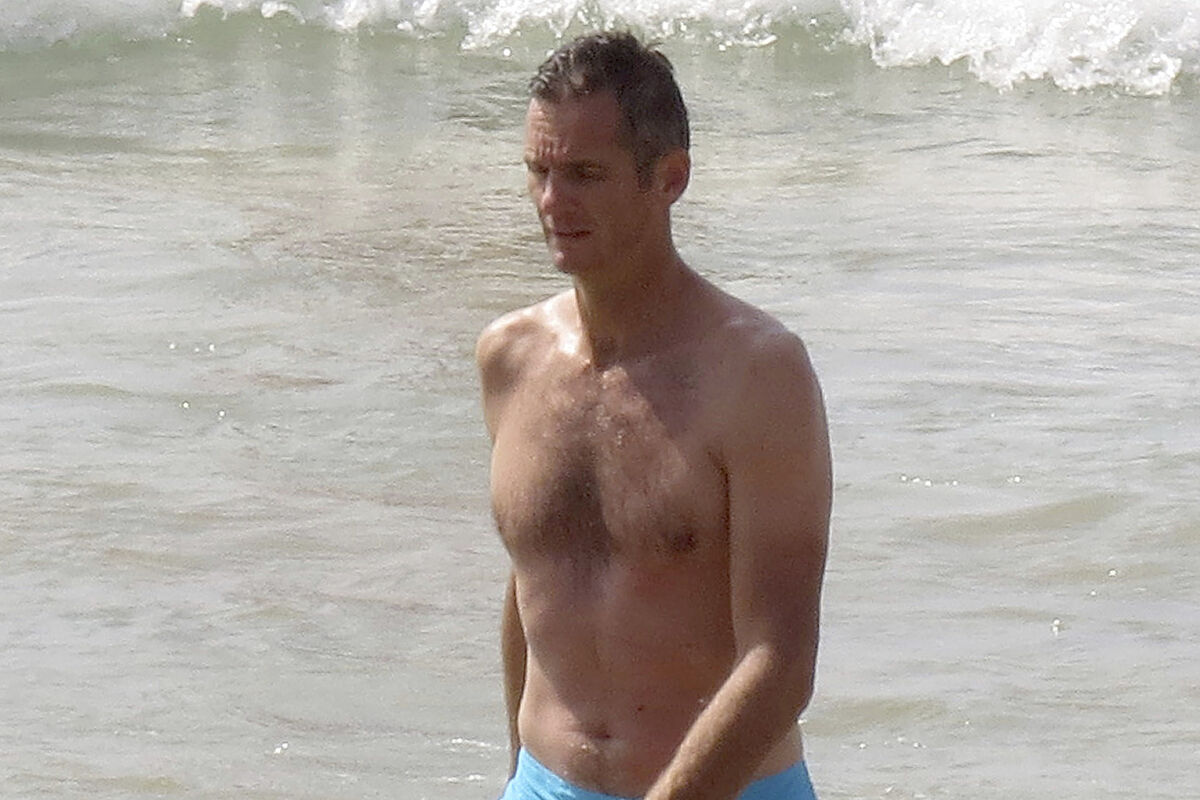 While awaiting her divorce, Infanta Cristina (57) is living her first

summer as a true nomad, perhaps to avoid remembering her abrupt separation from Urdangarin when he was hunted in January hand in hand with his current girlfriend, Ainhoa ​​Armentia ( 43).

The caliber of the betrayal suffered by the Infanta, who sacrificed for love of family and country and even shared a bench sentence

, has caused her family and her intimates to close ranks to support her.

Her summer journey began in Mallorca on May 28

, where she attended the wedding of Mafalda from Bulgaria with her sister Elena, her first public act as a separate woman, and continued in Barcelona, ​​where her son Pablo lives and has spent almost all of July, because it has become its base of operations in Spain.

She was also seen in Sotogrande with her intimate Silvia Villar-Mir, wife of Javier López Madrid;

and in Santander, in a course at the Menéndez Pelayo University.

Her next destination was Marivent, and now Abu Dhabi, where on August 3 she wanted to accompany Don Juan Carlos, very aware of her daughter after her marriage broke up, on the second anniversary of her departure. from Spain.

The last week of July,

the Infanta Cristina gave a surprise with her stay at the Marivent palace with two of her children, Pablo and Miguel

, something that had not happened since 2013. That summer she came to pick up her children who were with Doña Sofía on the island without Iñaki,

from the royal family since the Nóos scandal broke out.

His recent presence in Marivent dismantles the rumors that the relationship with his mother was distant, since Doña Sofía has always supported her, like the Infanta Elena, of whom she is claw and flesh, and who, together with Froilán and Victoria Federica, joined the Bourbon reunion.

, had no problem sitting with her at the table, as he arrived alone in Palma at noon on Thursday, July 28, and

The harmony is less with Doña Letizia, so when she arrived in Mallorca on Saturday with Leonor and Sofía,

the Infanta Cristina had flown to the Emirates to be with Don Juan Carlos, whose summer passes in total solitude in Abu Dhabi.

As she revealed her surroundings to LOC, her wish would be to come to Spain, but she has ruled it out for the moment so as not to harm Don Felipe after the controversy she generated.

this Tuesday the father and daughter were seen

eating in a restaurant in Nurai, the islet where the former monarch resides, 15 minutes by boat from the Emirati capital

The Infanta Elena, the only one of the family who has visited her father in Abu Dhabi after her trip to Spain in May, was not there, although she was expected shortly.

It has been published that another of the destinations of the Infanta Cristina will be Bidart, the summer enclave of the Urdangarin clan in the French Basque country where in 2021 she enjoyed her first summer with her children with Iñaki after her admission to prison in 2018. There, according to published

, the Infanta has a house.

It also seems that Cristina intends to visit her mother-in-law, Claire Liebaert, although

avoiding coinciding with her still husband

, who this week has been photographed in Bidart with their three young children, although Juan Valentín was missing, the only one since the separation who has not been seen with his father.

Also for the former Duke of Palma, his first separate summer is being hectic,

although he is very focused on his children, since he started vacations at the end of June in Formentera with Pablo and Miguel and now in Bidart Irene has joined them

Less has been lavished with Ainhoa ​​Armentia, there was even speculation about a possible breakup, which was denied by images of both captured on July 2 on the Erretegia beach.

His next stopover will probably be the United States, where a large part of the Urdangarin clan will travel to attend the wedding of Iñaki Flood, the second son of Cristina Urdangarin, a doctor, who lives in the town of Saint Paul, Minnesota, and is on August 19. married to an American, Sean Flood.

His sister-in-law Cristina de Borbón did attend the wedding of the first-born in August 2019,

who married in Malibu.

Iñaki could not attend because he was in prison, but this time the great absentee will be the Infanta, who may take the opportunity to approach Bidart to see her mother-in-law Claire Liebaert, 86, who as a result of