Including ending cooperation in several files and punishing Pelosi .. China takes 8 measures against America and Washington summons Beijing's ambassador and is preparing to respond

China announced on Friday that it had suspended cooperation with Washington in a number of areas, including dialogue between senior military leaders, while the latter stressed that China could not prevent it from operating at sea or in the air. 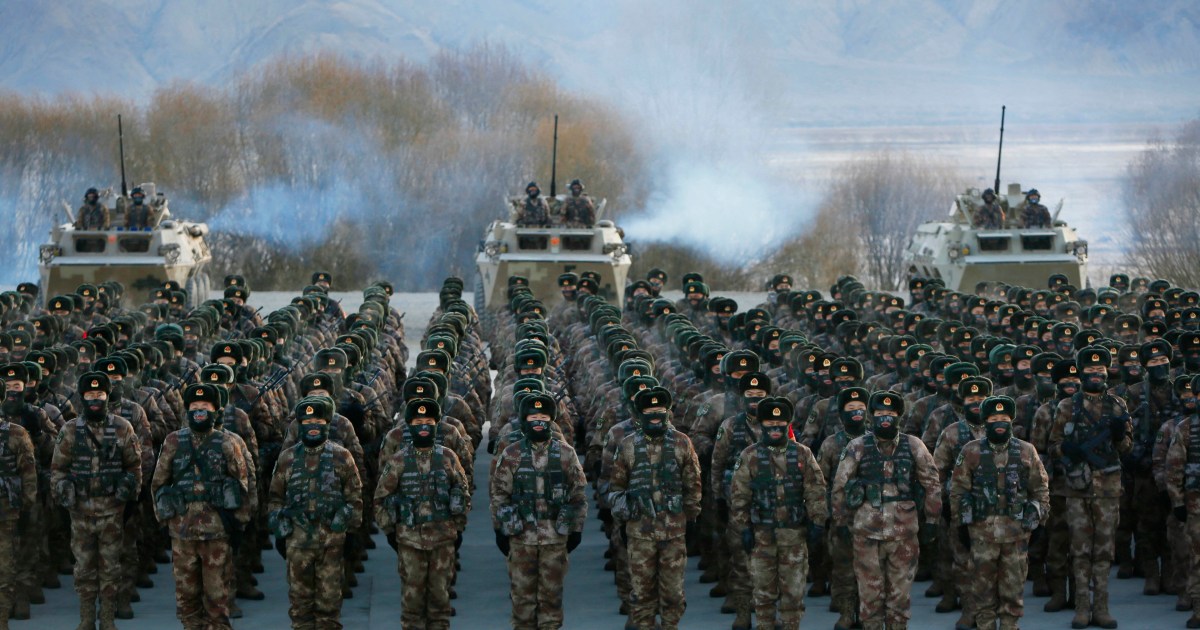 China announced Friday that it has suspended cooperation with the United States in a number of areas, including dialogue between senior military leaders, in response to the visit of US House Speaker Nancy Pelosi to Taiwan this week, while Washington stressed that China cannot prevent it from working in The seas nor the air, and they are ready to respond to them.

China's foreign ministry said in a statement that it had suspended climate talks with the United States, as well as cooperation in preventing cross-border crime and returning illegal immigrants, among eight specific measures.

The Chinese Foreign Ministry also announced that it had decided to impose sanctions on US House Speaker Nancy Pelosi and her immediate family in response to what it described as her "malicious" and "provocative" actions, while Washington responded to Chinese steps by summoning the Chinese ambassador to it to reprimand him.

In another step, the Chinese Foreign Ministry said on Friday that it had summoned the Chargé d'Affairs at the Canadian Embassy in Beijing Jim Nickel over Canada's participation in a statement issued by the foreign ministers of the Group of Seven countries.

The incident is the latest in a series of diplomatic protests by Beijing after the Group of Seven called on it on Wednesday to resolve tension over the Taiwan Strait in a peaceful manner.

China summoned Vice Foreign Minister Nickel Thursday, urging Canada to "immediately correct its mistakes" on the Taiwan issue or "bear all the consequences," according to a Chinese Foreign Ministry statement released Friday.

In the same context, Chinese Foreign Ministry spokeswoman Hua Chunying said Friday during a regular briefing that Japanese officials' recent statements on the current tensions in the Taiwan Strait are an attempt to justify the actions of the "mistaken".

The sharp remarks from Beijing come after the foreign ministers of the Group of Seven nations, which includes Japan, on Wednesday called on China to resolve the tension over the Taiwan Strait in a peaceful manner.

summoning the Chinese ambassador to Washington

The Washington Post quoted the White House as saying that the Chinese ambassador to Washington was summoned to protest against China's launch of ballistic missiles towards Taiwan.

The White House said - according to the newspaper - that "China's actions are irresponsible and contradict our goal of maintaining peace in the Taiwan Strait."

"We affirmed our willingness to keep the lines of communication open and our policy on the 'one China' principle remains unchanged," he added.

For his part, US Secretary of State Anthony Blinken on Friday condemned China's military exercises in the vicinity of Taiwan, describing it as a "major escalation."

Blinken pointed to "there is no justification" for the exercises launched by Beijing in response to the visit of US House Speaker Nancy Pelosi to Taiwan.

Blinken said he had warned his Chinese counterpart Wang Yi during a recent meeting in Indonesia that Pelosi (the highest-ranking US elected official to visit Taiwan in 25 years) was likely to make a visit to the island.

"We expected China to take such steps, and in fact we described this exact scenario," he added.

On the other hand, Australia condemned China's launch of ballistic missiles towards the waters around Taiwan on Friday, describing military exercises in the vicinity of the island as "exaggerated and destabilizing."

"Australia is deeply concerned about China's firing of ballistic missiles towards the waters around the coast of Taiwan," Australian Foreign Minister Penny Wong said in a statement.

She called for "restraint and de-escalation," noting that she had expressed her concern to her Chinese counterpart.

On the other hand, Russia said that the tensions raised by the visit of US House Speaker Nancy Pelosi to Taiwan will not subside quickly.

Pelosi visited the self-ruled island earlier in the week, prompting Beijing to conduct air and naval live-fire exercises in waters off Taiwan, which China considers an integral part of its territory.