Germany: Munich offensive ride at the opening of the championship in Frankfurt

A week after winning the Supercup in Leipzig (5-3), Bayern Munich sent a new message to the competition by outclassing Frankfurt 6-1 (half-time 5-0), opening the championship... 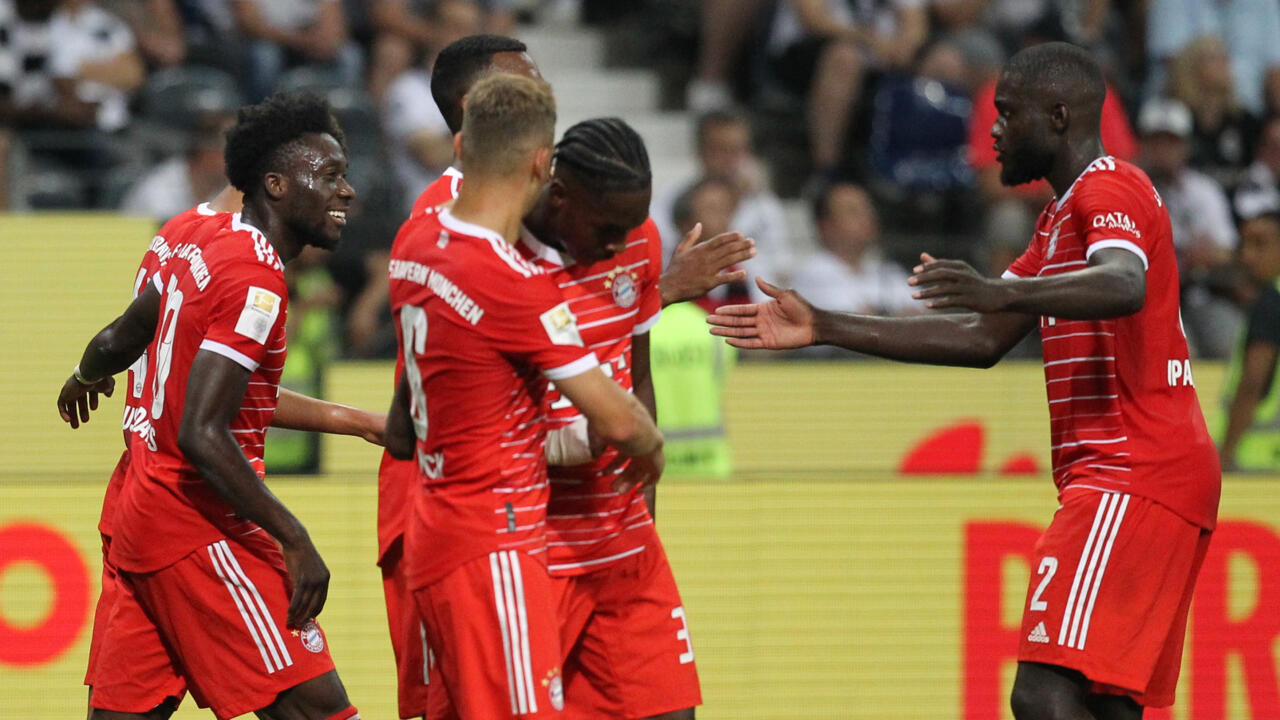 To start the German championship version 2022/23, the 60th edition of the Bundesliga, and the quest for an eleventh consecutive national title, Julian Nagelsmann applied Friday evening the motto "You don't change a winning team" by renewing his winning starting lineup in the Supercup.

With an identical tactical device and above all an impressive offensive animation, the successive waves swept over the Frankfurt goal for a whole half.

If Leipzig had given in after the first quarter of an hour of play six days ago, Frankfurt folded after only five minutes, in the fog of smoke from Eintracht supporters, on a free kick maliciously slipped by Joshua Kimmich.

Six minutes later, on a badly returned corner, the side Benjamin Pavard scored Bayern's second goal with a dry strike after only eleven minutes.

And to replace Robert Lewandowski, his goal machine for eight seasons who left for Barcelona this summer, Bayern may not have just one but several players available, since the entire Munich attack shone on Friday, from Sadio Mané (29th), author of the header of his second goal in two matches with Munich, to Jamal Musiala (35th) and Serge Gnabry just before the break (43rd).

Five goals at half-time and the addition could have been much more salty for Mario Götze's teammates, since Müller clumsily failed on the post (23rd), the same Musiala (27th) whose strike was repelled by Kevin Trapp on the crossbar, and Mané saw his attempted lob crash into the crossbar.

Bayern were able to control the second half, despite a poor recovery from Neuer, which benefited ex-Nantais Randal Kolo Muani, who scored his first goal with Frankfurt shortly after the hour mark (64th).

Julian Nagelsmann took the opportunity to give his first minutes of play to Mathys Tel, who entered in the 65th minute, thus becoming Bayern's second youngest player at 17 years 100 days, behind Paul Wanner (first game at 16 years and 15 days in January 2022).

These first two Bayern matches had test value against two other German clubs involved in the Champions League this season.

In the end, the Munich attack is still as prolific and the defensive settings are starting to be put in place.

Bayern thus settled from the first match at the top of the Bundesliga and not sure, with such a score, that someone could dislodge it, even for a day.

For Eintracht, surprising and unexpected winners of the Europa League last year, this correction does not bode well for the UEFA Super Cup on Wednesday in Helsinki against Real Madrid, who have nothing to envy to the Munich attack.