“They left their positions”: the Russian Defense Ministry announced the loss of combat capability of units of three brigades of the Armed Forces of Ukraine in Donbass

Units of three brigades of the Armed Forces of Ukraine have lost their combat effectiveness as a result of the actions of the RF Armed Forces and military personnel of the DPR and LPR. This was stated in the Ministry of Defense of the Russian Federation. According to the agency, the Ukrainian forces suffered heavy losses and left their previously occupied positions. In addition, the defense department reported that as a result of strikes with high-precision weapons of the Aerospace Forces on the positions of the 92nd mechanized brigade in the Kharkov region, the enemy lost up to 130 military personnel and 13 armored vehicles. 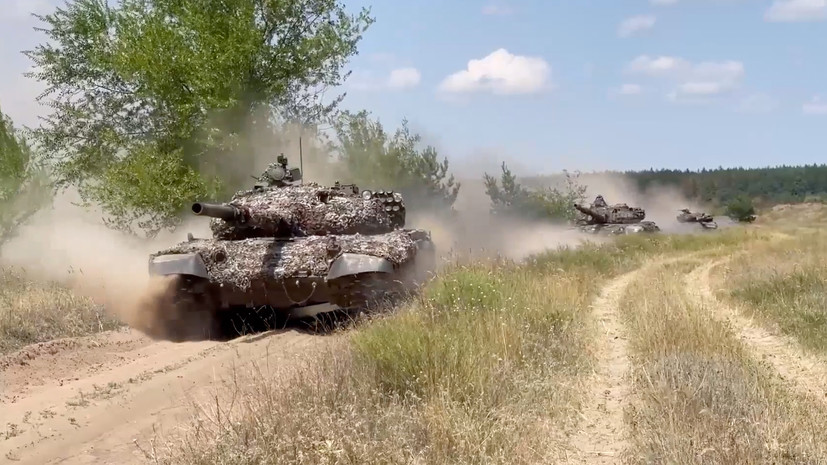 The units of the three brigades of the Armed Forces of Ukraine left their positions due to high losses, the official representative of the department, Lieutenant General Igor Konashenkov, said during a briefing of the Russian Ministry of Defense.

“As a result of the active offensive operations of the Russian troops and the people’s militias of the DPR and LPR in the areas of the settlements of Soledar, Artemovsk and Avdeevka of the Donetsk People’s Republic, units of the 54th mechanized, 56th and 58th motorized infantry brigades of the Armed Forces of Ukraine, having lost their combat capability due to heavy losses left their positions,” he said during a briefing on August 4.

Konashenkov also announced several strikes by Russian troops, as a result of which the enemy's manpower and equipment were hit.

Thus, the Aerospace Forces of the Russian Federation delivered a strike with precision weapons on the positions of the 92nd mechanized brigade in the Kharkov region, as a result of which up to 130 servicemen and 13 armored vehicles were destroyed.

In the area of ​​​​Konstantinovka in the DPR, a temporary deployment point of units of the 95th Airborne Assault Brigade was hit.

As Konashenkov clarified, up to 400 servicemen of the Armed Forces of Ukraine and 20 units of military equipment were liquidated.

In particular, two command posts were hit during the day, including the 95th Airborne Assault Brigade near the village of Konstantinovka in the DPR, and nationalist formations near the village of Ternovatoye, Zaporozhye region, as well as manpower and military equipment of the Armed Forces of Ukraine in 194 districts .

In addition, two depots of rocket and artillery weapons in the Zaporozhye region and a fuel storage facility for Ukrainian military equipment near the Zaporozhye-2 railway station were destroyed.

Air defense systems shot down four Ukrainian drones in the DPR and Kharkiv region in a day.

Along with this, five MLRS shells were intercepted in the DPR and the Kherson region.

Also on russian.rt.com With high-precision long-range missiles: the Russian Defense Ministry announced the destruction of a base with weapons from Poland in the Lviv region

In total, since the beginning of the special military operation in Ukraine, 261 aircraft, 145 helicopters, 1,673 drones, 361 anti-aircraft missile systems, 4,244 tanks and other armored combat vehicles have been destroyed.

Rosguards neutralized the spotter of the Armed Forces of Ukraine

In the Kharkiv region, during the search activities, the National Guard discovered a Ukrainian fire spotter who was hiding a cache in a wooded area.

“He tried to hide and threw a hand grenade towards the National Guard, but was destroyed by small arms fire,” the department’s press service said.

The Russian Guard also noted that in two weeks, six enemy fire spotters were found in the Kharkiv region, as well as ten observers and accomplices of the Armed Forces of Ukraine, who transmitted information about the movement of the Russian military.

The Ministry of Emergency Situations of the DPR reports that work is underway to clear the residential areas of Donetsk and Makeevka from anti-personnel mines of the VFU type "Lepestok".

Recall that in late July and early August, the DPR authorities repeatedly reported shelling by the Armed Forces of Ukraine with the use of Uragan MLRS missiles carrying anti-personnel mines of the Petal type.

Destruction is carried out remotely by mechanical action on the mine.

“Only in a day of work at one address in the private sector, more than 40 explosive objects were discovered and destroyed.

In total, since the start of demining the areas of Donetsk and Makiivka, employees of the DPR Ministry of Emergency Situations discovered and destroyed over 1,350 PFM-1S, ”the ministry said in a statement.

Sappers note that Petal mines are most often found in dense vegetation, on the roofs of residential buildings or in water tanks.