Thomas Friedman: Pelosi's visit to Taiwan is a complete recklessness, and the timing couldn't have been worse

In his column in the New York Times, Thomas Friedman says that Nancy Pelosi's visit to Taiwan will not bring anything new or make it safer and more prosperous. He described the visit as purely symbolic and a lot of bad things might happen. 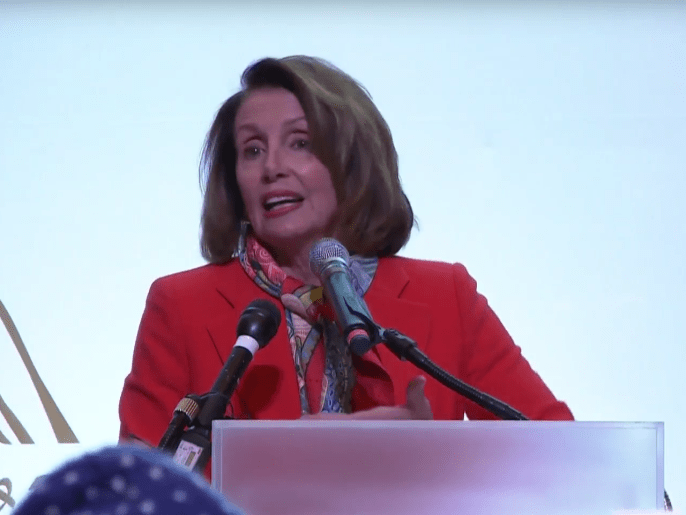 American writer Thomas Friedman says he has a lot of respect for House Speaker Nancy Pelosi, but added that if she goes ahead with her visit to Taiwan this week, contrary to President Biden's wishes, she will do something reckless, dangerous and completely irresponsible.

He added - in his column in the New York Times - that Pelosi's visit will not bring anything new and will not make Taiwan safer or more prosperous.

He described it as purely symbolic and a lot of bad things could happen, including a Chinese military response that could plunge the United States into indirect conflicts with both nuclear-armed Russia and China.

The writer added that if Pelosi believes that the United States' European allies, who are facing an existential war with Russia over Ukraine, would join Washington in the event of an American conflict with China over Taiwan as a result of this unnecessary visit, she is thus misreading the world.

He noted the indirect conflict with Russia, and how Pelosi's visit to Taiwan now looms on the horizon.

He said that there are moments in international relations when you need to keep your eyes on the prize that is crystal clear today, and the necessity to ensure that Ukraine is able, at least, to mitigate the unprovoked invasion of Russian President Vladimir Putin which, if successful, would constitute a direct threat to the stability of the entire European Union. .

To help create the greatest potential for a change in the situation in Ukraine, Biden and his National Security Adviser Jake Sullivan held a series of grueling meetings with the Chinese leadership, and implored Beijing not to get into the Ukrainian conflict with military assistance to Russia, especially now that Putin's arsenal has shrunk due to the grinding war. Ongoing for 6 months.

US officials are more concerned about the Ukrainian leadership than they say they are.

There is a deep mistrust between the White House and Ukrainian President Volodymyr Zelensky, much more than has been said

He considered that the timing of the visit could not be worse, because the war in Ukraine is not over yet, and that American officials among themselves are more concerned about the Ukrainian leadership than they say.

There is a deep mistrust between the White House and the Ukrainian president, much more than has been said.

Meanwhile, senior US officials still believe that Putin is well prepared to consider the use of a small nuclear weapon against Ukraine if he sees his military facing certain defeat.

The writer summed up the matter that this Ukrainian war is not completely over, is completely unstable, and is not without very dangerous surprises that may appear any day.

However, in the midst of all this we will risk conflict with China over Taiwan, due to an arbitrary and absurd visit of the Speaker of the House of Representatives.

He pointed out that the ABCs of geopolitics are that you are not trying to wage a war on two fronts with the other two superpowers at the same time.

He believed that Taiwan should have asked Pelosi not to come at this time.

And the writer added that if America were to enter into conflict with Beijing, it would be “according to our timing and issues,” which is China’s “increasingly aggressive” behavior on a wide range of fronts, from cyber interventions to intellectual property theft to military exercises in the South China Sea.

The writer concluded that Pelosi's visit will give the Chinese president an opportunity to divert attention from his internal failures, such as stopping the spread of the Covid-19 epidemic and the huge real estate bubble that is now shrinking and threatening a banking crisis and other problems.