Les Bleues, pushed into overtime, swallowed the pressure that had made them tremble for a decade in the quarter-finals, offering themselves Saturday at the Euro the scalp of the outgoing Dutch (1-0 ap)… 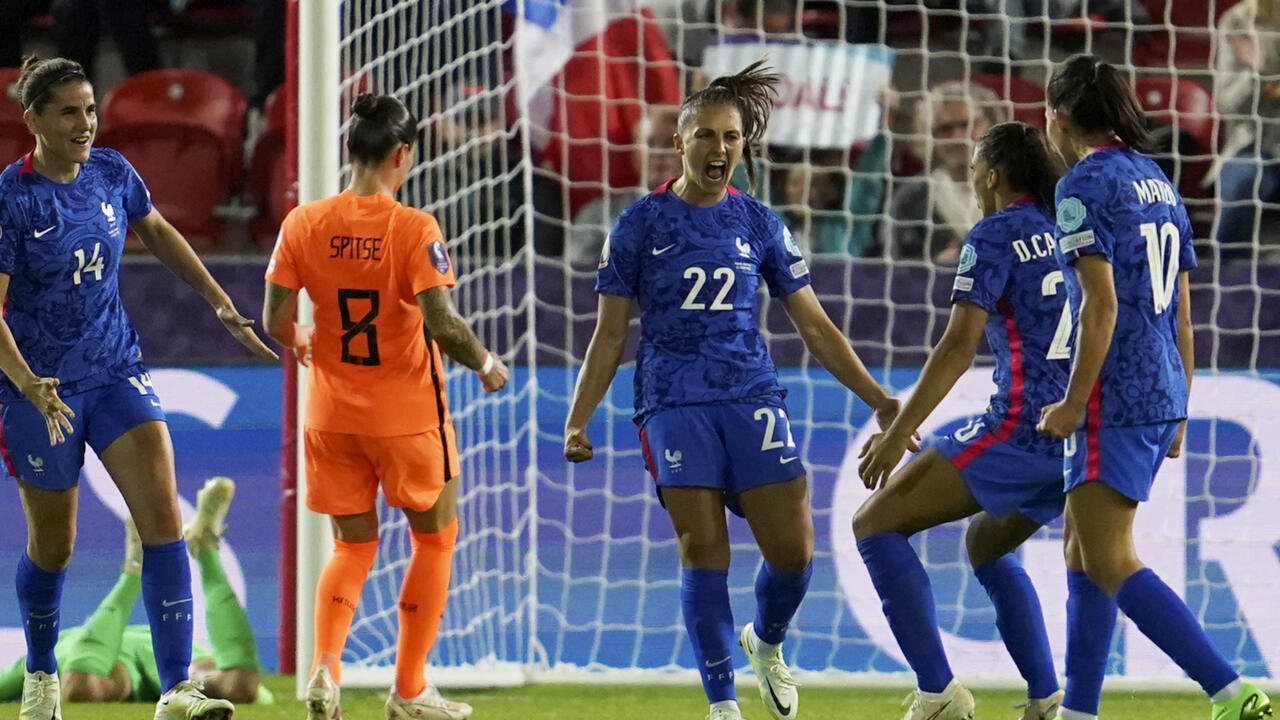 Les Bleues celebrate Eve Perisset's goal which opens the door to the semi-finals for the French team.

Les Bleues, pushed into overtime, swallowed the pressure that had made them tremble for a decade in the quarter-finals, offering themselves Saturday at the Euro the scalp of the outgoing Dutch (1-0 ap) at the end of the suspense, with cold blood .

More powerful and more enterprising, the French women achieved a performance of queens, in the kingdom of football, and kept intact their dream of ascending the throne, now vacant, on July 31 at Wembley.

After dismissing the Dutch, European champions and vice-world champions in title, it will however first be necessary to bite into another big piece, Wednesday in Milton Keynes:

Germany, biggest winners at the Euro

In the meantime, the Blues have four days to recharge the batteries, largely started by the summit of Rotherham.

After ten years of repeated failures, France has finally broken

the glass ceiling of the quarter-finals

The window of his car cracked by a projectile, Saturday on the road to the stadium, was ultimately a happy omen...

In extra time, the light came from a breakthrough by the untenable

broke in the area.

The referee awarded a penalty after using video assistance and it was Eve Perisset, an unusual penalty shooter, who executed the sentence (102nd).

A victory that was slow to emerge

The presence of Les Bleues in the last four was expected, given its multiple talents, but it was slow to emerge on Saturday in the small New York stadium (9,800 spectators), where the number of missed opportunities often gave the vertigo.

In a one-sided match, the young goalkeeper Daphne van Domselaar (22), propelled to the front of the stage after Sari van Veenendaal's package, was saved for a long time by luck, her own talent or the clumsiness of the Blue.

The latter wasted ammunition on heads by Wendie Renard, without force or precision, or on attempts by Sandie Toletti (23rd) and Melvine Malard (26th), unable to frame their shots.

After a decrescendo first round, ended with a hitch against Iceland (1-1), France regained their strength against a collectively tough opponent, if not brilliant.

Until then, he lacked such a benchmark match on which he gained confidence, it is now done.