Horn of Africa: Washington promises 1.2 billion dollars to deal with the famine

A rain of dollars to ward off drought and famine. Washington, via its humanitarian aid agency, USAID, will send shipments of food,… 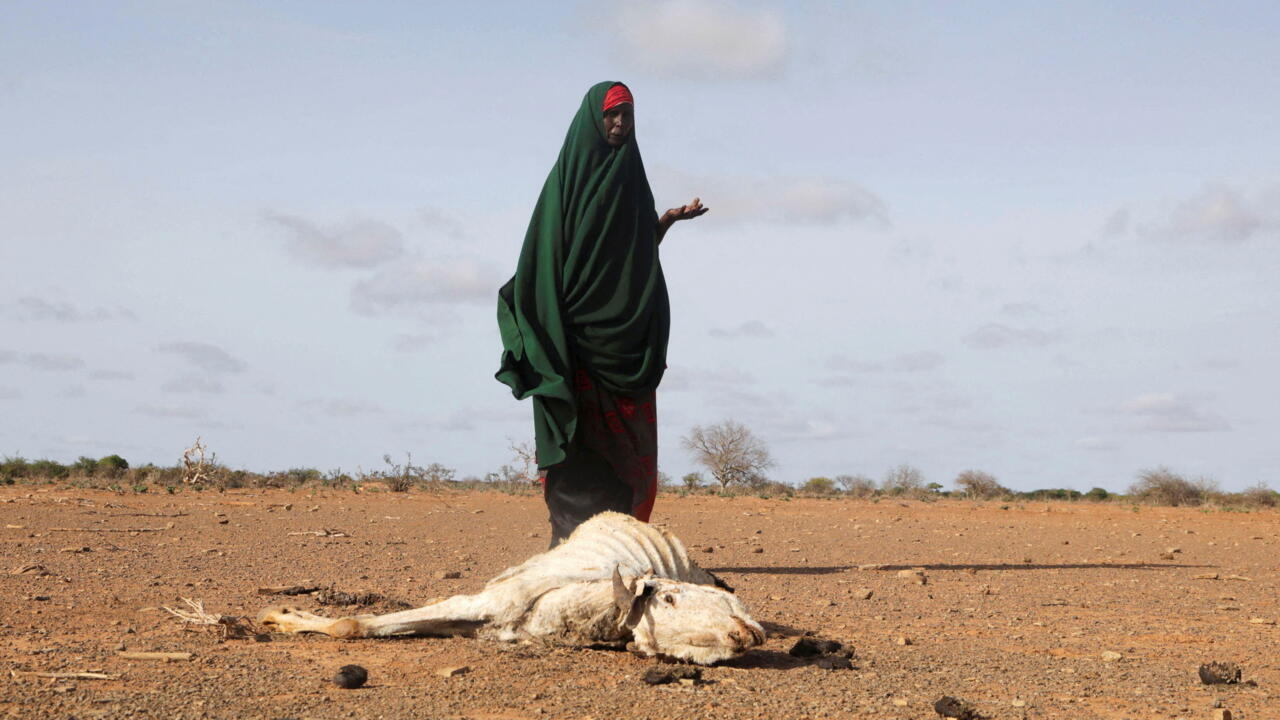 Horn of Africa: Washington promises 1.2 billion dollars to deal with the famine

An internally displaced Somali woman near a dead animal carcass due to recurrent severe droughts, in the Gedo region of Somalia, May 26, 2022. © FEISAL OMAR/REUTERS

A rain of dollars to ward off drought and famine.

Washington, via its humanitarian aid agency, USAID, will send cargoes of food, sorghum and food supplements for babies, in particular, to the countries of the Horn of Africa.

A total envelope of $1.2 billion is planned.

Combined with soaring food prices following the war in Ukraine, this drought threatens to spread famine throughout the region.

This is the fifth drought in a row facing the countries of the Horn of Africa.

And for Samantha Power, the director of USAID, it is the most devastating.

in a post-pandemic context

, and especially in the midst of soaring food prices, following the war in Ukraine.

Shipments of sorghum, a cereal more abundant in Africa than wheat, but also food supplements for adults and children.

Of the 18 million people who suffer from hunger in the region, seven million children are severely malnourished.

For Samantha Power, combating famine also means helping rural families buy products on local markets, and part of the funds released will be given in cash to poor families.

Similarly, farmers will receive grants of seeds and fodder, as well as veterinary aid, as the drought has decimated herds.

USAID calls on other rich countries to follow suit.

A message addressed primarily to China.

Because Washington blames Beijing for its restrictions on the export of fertilizers and the large stockpiling of its cereals which are driving up world prices a little more.

Guest Africa - The conflict in Ukraine is worsening food insecurity in West Africa, according to the FAO