C1: Monaco finds PSV Eindhoven in the 3rd preliminary round

AS Monaco will have to eliminate in the 3rd preliminary round, whose draw was made on Monday, PSV Eindhoven, which left him some good memories, if he wants to qualify for the play-offs of… 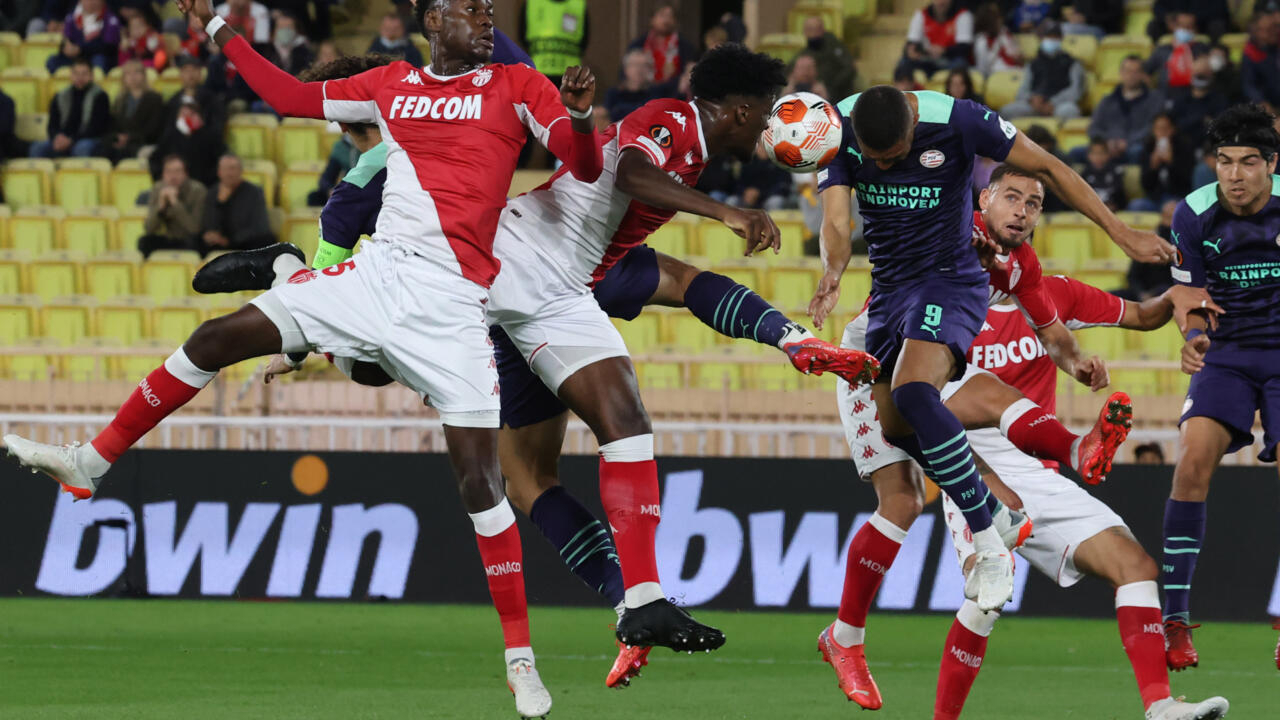 The draw, carried out in Nyon at the headquarters of the European Football Confederation (UEFA), fixed the first leg at Louis-II, on August 2 or 3, with a return to Eindhoven on August 9.

The Herculis athletics meeting, scheduled for August 10 in the Principality, would not have allowed ASM to play in its stadium in the return match anyway.

Meanwhile, the draw for the play-offs, the final round before the group stage, is scheduled for August 2.

In the event of elimination in the third qualifying round, or in the play-offs, ASM will be transferred to the group stage of the Europa League.

But this draw bodes well: the Principality club already dominated PSV last year in the group stage of the Europa League, winning in the Netherlands (2-1), with goals from Myron Boadu then Sofiane Diop at the very end of the match (89th), before drawing (0-0) at Louis-II.

ASM also crossed paths with the Phillips club in 2003/2004, for the best European season in its history which had taken it to the C1 final, lost against FC Porto (3-0).

Here again Monaco, then trained by Didier Deschamps, had won in Eindhoven (2-1) before conceding a draw aqu pied du Rocher (1-1), a meeting with three exclusions, Ludovic Giuly and Andreas Zikos on the Monegasque side and the Brazilian Lucius on the Dutch side.

But the history between the two clubs remains favorable to ASM.

However, the Monegasque team, which fell from 2nd to 3rd place in Ligue 1 at the last minute of the season for a goal from Ignatius Ganago in Lens, must be wary: they know the pitfalls of these preliminary rounds all too well. to join the group stage.

ASM has already failed three times in the play-offs, the last one is fresh in its memory since it was last season, against Shakhtar Donetsk (0-1, 2-2 aet), after first overcoming the obstacle of Sparta Prague (2-0, 3-1) in the 3rd preliminary round.

The princely club also managed to pass the obstacle twice.

In the other matches of the "League path", the scarecrow Benfica, European champions 1961 and 1962, face the winner of Midtjylland (Denmark)-AEK Larnaca (Cyprus) and the historic Belgian club of the Union Saint-Gilloise, for the first time at this level, will meet Glasgow Rangers, finalists of the last Europa League.

Finally, the winner of the confrontation between Dynamo kyiv and Fenerbahçe will then challenge the Austrians of Sturm Graz.