Collapse indicator: why the West fails to win the G20 countries over to its side in the Ukrainian crisis

The point of view of Western countries about the situation around Ukraine and the need to "hold Russia accountable" was not dominant at the summit of G20 foreign ministers, said the head of European diplomacy, Josep Borrell. He added that now the “battle of narratives” is in full swing in the world and the West is not winning it. In this regard, the functionary urged to fight against "Russian propaganda". According to analysts, in his own words, Borrell actually admitted the failure of the attempts of the collective West to isolate the Russian Federation in the international arena. 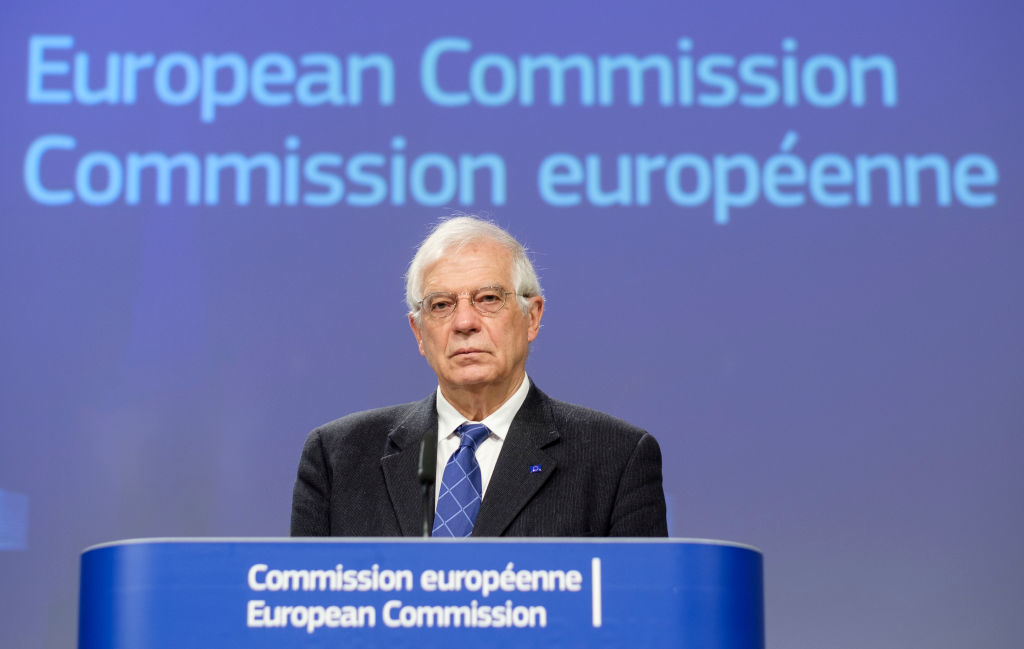 The position of the West regarding the Ukrainian crisis was not dominant at the meeting of the foreign ministers of the G20 states, which was held on July 7-8 in Bali, stated the head of EU diplomacy, Josep Borrell.

“In terms of condemning Russia, sanctions against it and the desire to hold the regime accountable, the G7 countries, together with their like-minded people, take a unified position.

But other countries, among which most of the states of the “global South” can be noted, often take a different point of view,” Borrell said in a statement posted on the European Commission website.

The functionary also named the reasons why, from his point of view, countries refuse to join the position of the Western bloc.

“Some are more concerned about the consequences of the war for themselves than the question of who is responsible for these difficulties and how to end this war, others complain about double standards or simply want to maintain good bilateral relations with Russia.

In addition, many prefer not to indicate their position clearly, not wanting to choose a side, as this would jeopardize their geopolitical interests, ”he said.

According to Borrell, there is now a “battle of narratives” going on in the world, in connection with which the diplomat called for fighting Russian “propaganda”.

“The global battle of narratives is in full swing and we are not winning at the moment.

We, the countries of the European Union, must take further steps to refute Russian lies and military propaganda, achieving a clear understanding of who is responsible for the aggression and, therefore, its consequences, ”the head of European diplomacy said in a statement.

"The failure of the boycott before it began"

In the first weeks after the start of a special military operation in Ukraine, the West, led by the United States, headed for the isolation of the Russian Federation in the international arena.

According to analysts, a major international forum with Russia's participation could become an important indicator of the success or failure of this line.

That is why the West is making active efforts to prevent the Russian Federation from participating in the meeting of the G20 leaders, which will be held in November this year.

Washington and its allies, in particular Warsaw and Ottawa, have already called for Russia to be excluded from the G20, despite the fact that Poland is not even included in this group.

In turn, German Chancellor Olaf Scholz promised to consider the possibility of boycotting the G20 summit if the Russian Federation takes part in it.

At the same time, Argentina and China opposed the exclusion of the Russian Federation from the association, and Indonesia, which chairs the G20 this year, announced an invitation to the summit of Vladimir Putin.

As noted in the Russian Foreign Ministry, during the summit of the G20 foreign ministers, many participants in the meeting gave a clear signal about the unacceptability of Moscow's isolation and the negative consequences of unilateral sanctions.

“There were sober assessments of the objective causes of economic shocks, which are of a multifactorial nature.

Among them are the inflation provoked by the West against the backdrop of the coronavirus pandemic, the destabilization of cross-border supply chains and the complication of the geopolitical situation,” the Foreign Ministry said in a statement following the meeting.

In addition, the Foreign Ministry pointed to the failure of the boycott of the Russian Federation at the last G20 meeting.

“The entire Western press covering the G20 ministerial meeting is busy with one thing: trying to find out who boycotted whom as a result.

They run around, fuss, count the time the ministers are in the hall, follow their movements... Neither food, nor migration, nor energy is relevant to the West today.

The mainstream has an order: work out the boycott at any cost, even if it already causes laughter from everyone present.

If the Western media had an idea about arithmetic, they could solve a simple problem: 20 − 7 = 13. What does the failure of the boycott mean before it began, ”wrote Foreign Ministry spokeswoman Maria Zakharova in her Telegram channel.

The fact that the West's course of isolating the Russian Federation is failing was also written in June by the columnist for the Financial Times newspaper Edward Luce.

He stated that Moscow was invited to the G20 summit, despite the US demand to exclude Russia from the organization.

Luce also expressed the opinion that the situation in Ukraine only strengthens the desire of non-Western countries to see the world as multipolar.

“Today it is not the world that is trying to isolate Russia, but the West”

Western attempts to isolate Russia were doomed to failure from the start, analysts say.

“If you look at the geographical map, you can understand that isolating our country is an impossible task.

And we must understand that today it is not the world that is trying to isolate Russia, but only the West.

Russia continues cooperation and even intensifies it with such key players as China and India.

Let me remind you that after Biden imposed a ban on the import of Russian oil, India soon purchased large quantities of this raw material from the Russian Federation, ”said Konstantin Blokhin, a researcher at the Center for Security Studies of the Russian Academy of Sciences, in an interview with RT.

According to him, this indicates, among other things, that the unipolar model of the world led by the United States has actually collapsed.

It was replaced by multipolarity, which was advocated by Russia.

“An important indicator of this new polycentric world is the fact that the closest US ally, Saudi Arabia, is in talks with China to trade oil in yuan.

Five years ago, this would have sounded like science fiction.

This is also an indicator of the collapse of the liberal world order,” says the analyst.

In turn, Viktoria Fedosova, Deputy Director of the RUDN Institute for Strategic Studies and Forecasts, member of the MGER political council, noted that among the G20 states that the EU and the US are unsuccessfully trying to win over to their side, there are many countries that have suffered from Western colonialism in the recent past.

And this cannot be ignored in the current situation.

“In the “global battle of narratives” that Borrell outlined, the West obviously has a weaker position.

The countries of the "global South", many of which have experienced all the hardships of the former colonial system, understand that the current world order was not built by them.

Now, for countries that remain neutral or share the Russian position that it was the US vassals who provoked the conflict in Ukraine, it has become obvious that with the depletion of resources and the disunity of the West, there is an opportunity for them to start a new path in a just world order.

China’s statements, India’s position, new applications for BRICS membership from Argentina and Iran attract the attention of those countries that also hope to change the totalitarian unipolar model to genuine multipolarity, ”said the RT interlocutor.

She also noted that further attempts by the West to dictate its terms to the G20 can only lead to the destruction of this international platform.

The G20 is not a formal organization, it is an interest club.

If the West continues to tighten the screws there, then one day the club simply will not get together and the G20 will remain in history as an institution of the era of “pluralistic unipolarity”.

The opposite trend is waiting for the BRICS, which is already attracting more and more countries,” Fedosova concluded.