“We don’t need such hockey”: Russia reacted to Canada’s sanctions

Canada has updated its sanctions list to include a number of Russians and organizations, including RT, Sputnik and Roskomnadzor. Ottawa also imposed an embargo on the import of Russian gold. Moscow stated that anti-Russian hysteria could lead to "irreparable international consequences." 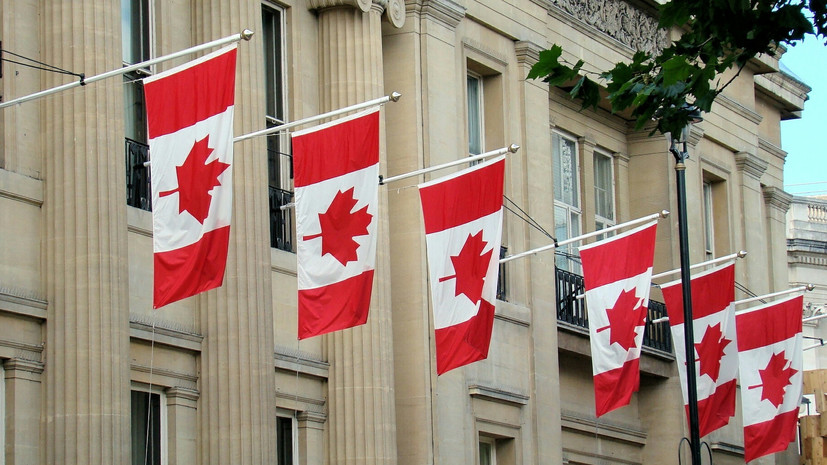 As follows from the publication of the Canadian Foreign Ministry, the introduction of new restrictions was announced by the head of the department, Melanie Joly, during a meeting of G20 foreign ministers in Bali.

In addition, Ottawa has imposed a ban on the import of certain gold products of Russian origin, including raw and semi-finished gold, gold powder, monetary gold, and gold jewelry.

Thus, according to the Canadian side, these products become inaccessible to formal international markets, and Russia is limited in its ability to receive funds for conducting a special operation in support of Donbass.

“I thought I had been in them for a long time,” she told TASS.

In her Telegram channel, Zakharova also stated that sanctions against Patriarch Kirill "could have been imposed only by Satanists."

Dissatisfaction with the fact that the head of the Russian Orthodox Church was included in the sanctions list was also expressed by the Patriarchal Exarch of Africa, Metropolitan Leonid of Klin.

“Instead of looking for any common ground, the collective West is confidently doing dirty tricks where it can.

Once again I will repeat.

We don't need this kind of hockey!

(Canada is considered the birthplace of ice hockey. -

) "- he wrote in his Telegram channel.

Also on russian.rt.com “We made the escalation of the conflict our goal”: the Russian Orthodox Church reacted to the sanctions against Patriarch Kirill

Olga Kovitidi, a member of the Federation Council Committee on Constitutional Legislation and State Building, called Canada's sanctions an indicator that shows "a crisis in the NATO-centric European security system."

“These manifestations of political weakness will bring nothing good either for themselves or for people.

It is obvious that the anti-Russian hysteria, which has swept Europe with a dangerous political virus, destroys the very principle of universalism in international relations that underlies the UN system, which can lead to irreparable international consequences, ”the senator said in an interview with RT.

According to Dmitry Belik, a member of the State Duma Committee on International Affairs, Canada is trying to seize "the palm in the absurdity of sanctions against our country."

At the same time, Vladimir Gutenev, chairman of the State Duma Committee on Industry and Trade, noted that in Moscow, attempts by unfriendly states to impose restrictions against the Russian Federation are already causing absolute indifference.

“It seems that they are stewing in their own juice, doing some ritual dances and passes for themselves.

I think that we should simply not notice such steps, ”the interlocutor of RT explained.

Earlier this week, the United Kingdom and Japan expanded their sanctions lists against Russia.

London has imposed restrictions against seven individuals and legal entities.

In turn, Tokyo froze the assets of 57 individuals and six companies from Russia.

In addition, the Japanese authorities imposed export restrictions against 65 Russian and 25 Belarusian companies, as well as banned the provision of a number of services to the Russian Federation (audit, management consulting and trust services) and the import of Russian gold.