China's famous ice cream that doesn't melt even in fire... "Is it safe?" 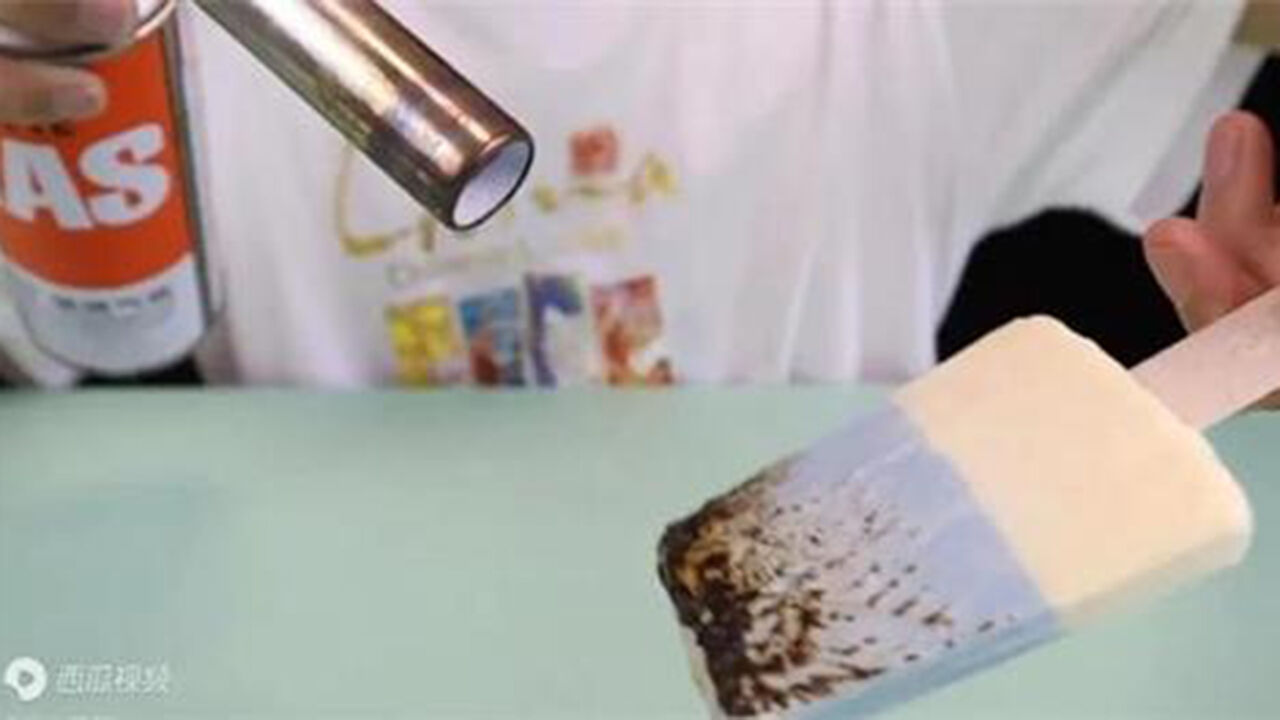 A famous Chinese ice cream product that does not melt well even at high temperatures and fire has been embroiled in controversy over safety.

It started when a netizen recently posted on social media Weibo an article and a video stating that ice cream sold by Zhongxuegao, a Chinese ice cream company, does not melt even after an hour at a high temperature of 31 degrees Celsius.

On the 5th, another netizen released a video of experimenting with this ice cream with a lighter and a torch.

Related hashtags have risen to the top of various social media search terms every day and have emerged as a social issue.

Netizens reacted, such as "I added a special chemical additive to make it not easily melted" or "Is it safe for the human body to use a product that artificially adds a material that prevents it from melting for a long time?"

As the controversy spread, Zhongxuegao said, "I added a viscosity enhancer to prevent it from easily melting, but it meets the national food safety standards."

Despite the company's clarification, netizens are not skeptical, saying, "If it is significantly more expensive than a regular product, it will not only meet the standard, but should be of much better quality," or "We need to strengthen food safety standards more strictly."

In an Internet poll, when asked whether they would like to eat this ice cream, 45% answered 'worried about affecting human health', and only 16% answered 'we just need to meet the national standards'.

People's Daily, the official newspaper of the Communist Party of China, commented on the 6th, "The reason the public is attacked is because of the high price and the suspicion that the product may be poor. There is a need for practical verification.”

Zhongxuegao, founded in 2018, drew attention by differentiating it from existing products through a strategy to sell high-priced products.

The reason why Chinese people are sensitive to the safety of food, especially dairy products, is the trauma caused by the successive food scandals.

In 2008, milk powder containing melamine, a chemical harmful to the human body, was distributed, killing at least 6 infants and causing damage to 300,000.

When it was found that melamine was added to deceive the protein content, the immoral behavior of companies focused on making money while putting public safety at the forefront was criticized.

In 2020, there was an incident in which the heads of babies fed fake formula swelled up.

Last month, propylene glycol, which can cause nervous system and kidney disorders if consumed excessively for a long period of time, was detected in milk produced by Dairy Company, and it was rejected by the Chinese State Administration of Market Supervision and Administration.

In April, the owner and four employees of a famous restaurant in Sichuan Province who sold 50,000 bowls of hot pot by reusing so-called 'Chinese New Year's cooking oil' extracted from leftover food were sentenced to up to 10 years and 6 months in prison and 23 million We have been ordered to pay compensation in RMB (about KRW 4.4 billion).