Boris against everyone: more than 30 members of the British government resigned amid scandal in the Cabinet

More than 30 people left the UK government over the past day amid another scandal in the Cabinet, which is headed by Boris Johnson. Retired politicians are calling on the prime minister to follow suit. Johnson himself is determined to keep his post, while the Conservative Party intends to revise the established rules for appointing a second vote on a vote of no confidence in the prime minister. Maria Zakharova noted that such a development of events in the United Kingdom looks natural against the background of the fact that London is trying to solve its internal problems due to external factors, including anti-Russian activities. 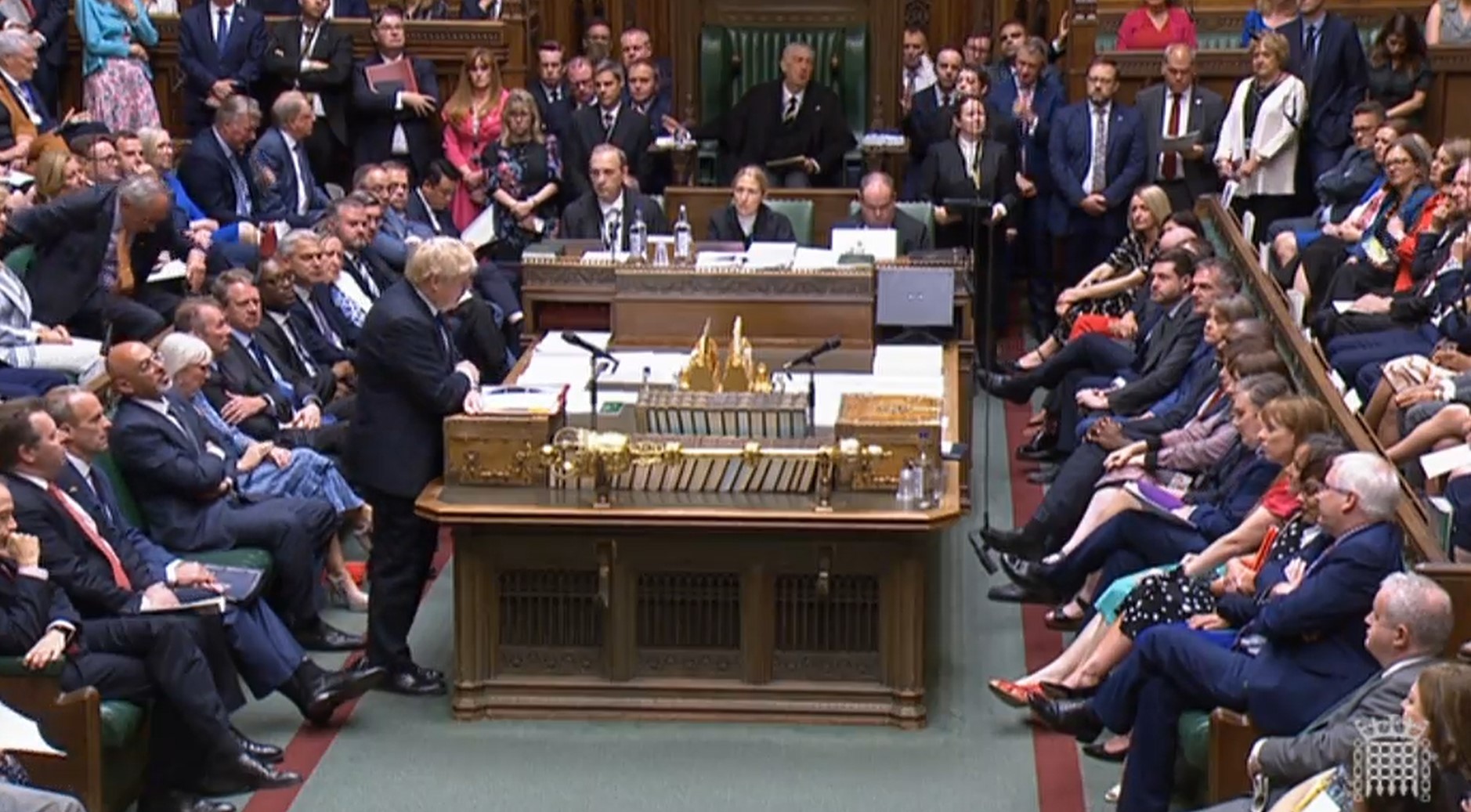 Great Britain found itself in the middle of a political crisis.

Over the past 24 hours, more than 30 people have left the government headed by Boris Johnson.

The reason was another scandal in the ruling Conservative Party.

Last week it became known that the deputy coordinator of the Tory parliamentary faction, Chris Pincher, while intoxicated, molested two men in a public institution.

Against this background, he left his post, and Johnson had to apologize.

At the same time, it turned out that the prime minister was aware that Pincher was already a defendant in the investigation of harassment, but still nominated him to a high government post.

After the incident, Finance Minister Rishi Sunak and Health Minister Sajid Javid resigned, who also expressed disagreement with the working methods of the current head of government.

Later, other members of the government followed suit, with a number of Conservative deputies declaring a loss of confidence in the prime minister.

On June 6, during a speech before the House of Commons of the British Parliament, Johnson said that he did not intend to leave his post, because he believes that the government is doing its job, which, in particular, is to support Ukraine.

According to him, in difficult times, "the government should continue to work, not leave."

“The difference between us and the opposition is that we have a plan and they don't.

They want to concentrate on this topic, and we do our work.

We're going to control the crisis.

We were the first European country to arm Ukraine.

And I'm proud of it," TASS quoted him as saying.

According to the Evening Standard, the ministerial delegation intends to meet with Johnson personally to convince him of the need to leave his post.

At the same time, a meeting of the 1922 parliamentary committee, which unites ordinary parliamentarians of the Conservative Party, is to be held on Wednesday, at which the issue of changing party rules for a new vote on a vote of no confidence in Johnson before the start of the summer holidays in Parliament, that is, until July 21, will be raised.

Just a month ago, members of the Conservative Party passed a vote of no confidence in Boris Johnson.

Then he retained the post of prime minister, having received the support of 211 out of 359 party members.

The reason for the vote was the scandal associated with the fact that parties were held at the residences of the head of government during the lockdown caused by coronavirus restrictions for members of the government and other officials.

At the same time, according to her, for those who know the background, such a development of events looks natural.

And no matter how much they say, like a spell: “Moscow.

Putin”, they fail to deceive the people.

People know who brought the situation in Britain to collapse ... The problem is not ours.

But London is actively trying to solve its internal issues at the expense of external factors: participation in anti-Russian activities, provocations in Ukraine, global economic destabilization and financial piracy, ”she wrote in her Telegram channel.

According to political scientist Yuri Svetov, the resignations of ministers indicate that British statesmen are tired of Johnson's work, in which the United Kingdom has accumulated many internal problems.

“In the UK, people have real problems related to the economy, rising prices, and people are starting to think: why is the prime minister concerned with Ukraine, but not with us?

His time is gone.

This is the generation of politicians who rule the EU and other countries, devoting all their time to countering Russia - they will have to leave, ”said the RT interlocutor.

According to a YouGov poll, 69% of respondents believe that Johnson should resign as British Prime Minister, and only 18% of respondents are in favor of him remaining in office.