Ana Brito, (The Briten Show), the humorist who best parodies the posh

Surely many of you get a video of El Show de Briten cyclically, the instagram account of the comedian Ana Brito who triumphs among the Madrid pijerío.... 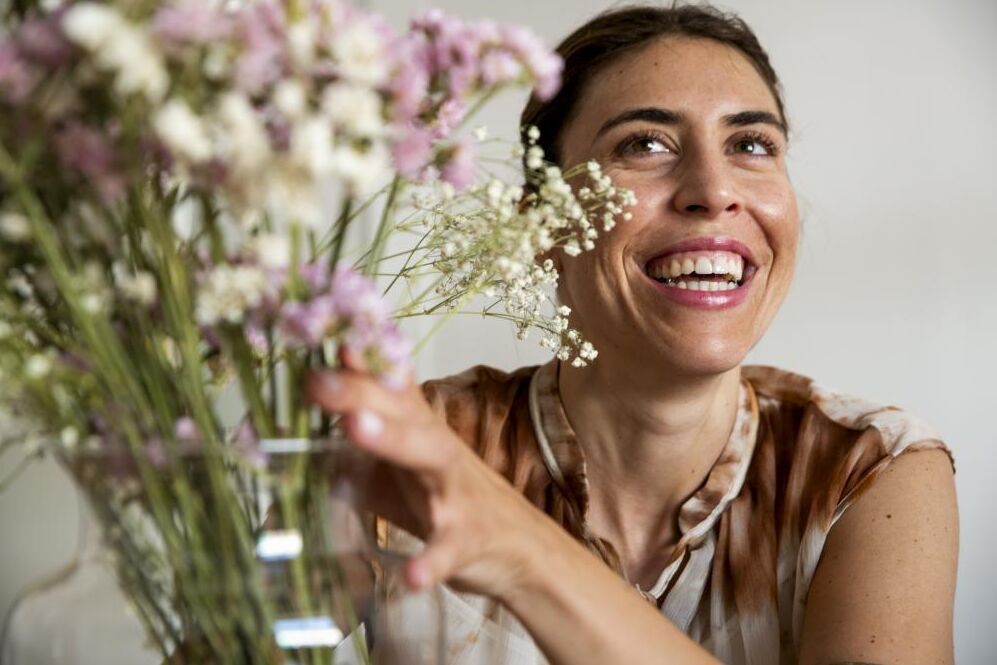 I'm sure that many of you get a video from El Show de Briten cyclically, the instagram account of the comedian Ana Brito who triumphs among the pijerío of Madrid.

A parody of monterías, of the Whatsapp chats of the parents of your child's school

, of the benefits of motherhood, of air fryers, what if an imitation of an influencer... Hilarious videos for many people who know they become viral in zero comma.

Ana Brito is a self-made comedian who belongs precisely to that circle, that of the posh, hence her art when it comes to caricaturing the problems of the first world of the so-called

sons of daddy, generally ideologically situated at the right

and located in neighborhoods such as Chamartín, Montecarmelo, Aravaca, Las Tablas (that's in Madrid) and in the northern areas of the provincial capitals.

We talked to Brito, a complete unknown to part of her audience with a professional history that is at least curious.

she was the funny one in my class

, very clown, talkative, all day talking and distracting people. But she wasn't the only one, eh?".

Somewhat younger than Tamara Falcó, they went to the same school.

She studied at ESIC and the Universidad Rey Juan Carlos

Advertising and PR, worked in marketing and audiovisual communication, but tired of going from job to job, she left everything for pure entertainment and tried her luck in what she likes.

"No, there are no more artists in my family. Since April of this year I live strictly from this. Until then there was no economic recurrence, everything was more unstable. I do not monetize Instagram. Neither YouTube nor Tiktok, which generate income as a channel. I earn money through brands, making branded content. Personalized humor content. Monologues, sketches... This afternoon I upload, for example, a collaboration with Clinique".

Let's say that Briten is an

"I have always been self-taught in general, but my comedy teacher

, they also give me a hand in recording and editing... I delegate things like when I record with a chroma key behind... Of course, I do the finishing" .

Where Brito has trained the most has been in

, but he finds inspiration everywhere.

"On a day-to-day basis and in the people who follow me, where do I get the topics from? They feel identified with what I tell. They think you're talking about your life. I mix everything up a bit. Things I see on social media, trends. ..My

(in which she parody some other celebrity instagram video) is inspired by Celeste Barber, sure, but I don't pretend to be a copy of what she does. She is unique."

Briten makes this type of humor,

quite white without being sappy and yes, completely ironic and biting,

but the one that makes her laugh rather throws the black.

Ellen DeGeneres [one of his idols], Eva Hache

"It bores me a lot, plus they convince me super easy."

Better for her in offending times.

"I love doing accents, it amuses me a lot... I think that

in Spain we know how to laugh at ourselves in general

. The posh ones too. We laugh at our misfortunes, we immediately draw our own meme."

As Ana herself acknowledges, her sector, that of comedians, is "super left-wing", but she has not felt left out.

In effect, she has her own niche audience of hers.

She has known how to take advantage of it.

"Many brands don't want to be associated with certain profiles because they don't represent them. In that, the corporate world is good for me, for internal video presentations... Other people with a certain

Briten is already thinking about his next videos for the summer.

Mothers on the beach, parties in the villages, grandparents, cameos in other network profiles

She has projects on the table.

A podcast with Xuso Jones... He

"There is already a lot of fee that messes with them... Mine is more to laugh at everyday issues."

"Super restless and open to everything", she does not rule out being an actress, although she does not see herself in a "supreme role".

Its audience is not the same as that of

, but it admires its creators, Victoria Martín and Carolina Iglesias: "They have revolutionized the sector at all levels, they have turned everything upside down and given visibility to entertainment. Digital people too We have a lot to say."

Ana Brito's head boils, "the best is yet to come", she settles.

Let's see what surprises us this week.