China News Service, Hangzhou, July 5th, title: Zhejiang Rural Observation: Common prosperity cannot stop at the thinking of poverty alleviation   Author Wang Titu   The reporter recently went to Lin'an, Hangzhou for an interview. Lin'an Hong Village is located on the Yangpo of Jingshan Mountain. There is an ancient road going north to Jingshan Temple. It is rich in cultural resources. However, 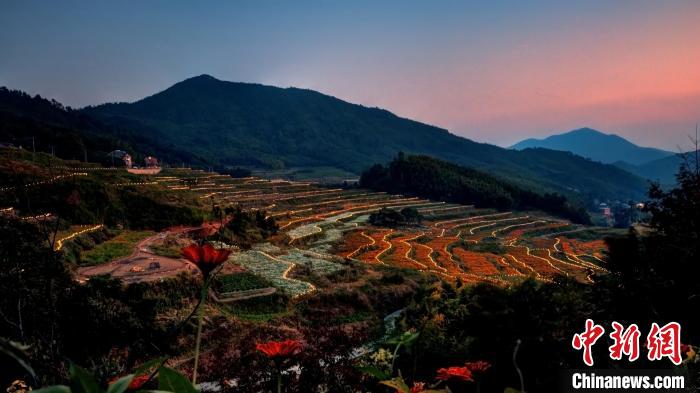 The reporter recently went to Lin'an, Hangzhou for an interview. Lin'an Hong Village is located on the Yangpo of Jingshan Mountain. There is an ancient road going north to Jingshan Temple. It is rich in cultural resources. However, this village was not found on the local rural tourism map before.

The change comes from the rural operators going to the countryside.

Lin'an District of Hangzhou took the lead in the whole country to explore the open selection of qualified market operators to carry out operations in rural areas, and to activate the integrated development of primary, secondary and tertiary industries in the whole village based on rural tourism.

Before becoming the operator of Hongcun, Lao Bai and his partners have many years of professional experience in designing and operating country houses.

After entering the village, they turned the private house into a living room, told the story of Jingshan Yangpo well, and used the brand "Jingshan Zen Rice" to empower the rice in the village, and built Jingshanyi Health Restaurant and Senhuojia Homestay. 16 other formats.

Landscape of the sea of ​​flowers in the terraced fields of Lin'an, Hangzhou.

Jiang Xianfu, secretary of Hongcun Village, said that the value of Hongcun is being "seen" because of the operator's participation.

"Many people have the intention of renting vacant houses in the village, and their phones have been blasted."

This is the consensus of the Laobai team and Jiang Xianfu to revitalize the village's housing, land, forests, agricultural and sideline products and other resources.

In Lin'an, the operator and the village committee jointly set up an operating company.

The village committee generally invests with resources, accounting for 20% of the shares, and the daily operating expenses are borne by the operator.

This also means that operators need to "bring their own dry food" when they first enter the village, and the government and the village committee do not invest a penny, and there is no subsidy.

Operators and village collectives have been established and operated for one year, and after meeting the evaluation standards, the government will issue rewards ranging from 100,000 to 700,000 yuan depending on the assessment.

If you fail the examination, you will leave.

There are 99 assessment criteria, the most important of which are the layout of business formats and the integration of resources.

Zhou Yongguang, deputy director of the Tourism Research Institute of Zhejiang University, believes that Hangzhou Lin'an's move to recruit rural operators, allowing professionals to do professional things, is a major practical innovation in the process of promoting common prosperity in the countryside.

He believes that common prosperity cannot stop at the original thinking of poverty alleviation.

At present, rural work has strategically turned to rural revitalization. While consolidating and expanding the achievements of poverty alleviation, how to comprehensively promote rural revitalization and achieve common prosperity in rural areas has become a major issue that needs to be faced at present.

Zhou Yongguang believes that many villages are still stuck in the thinking formed in the stage of poverty alleviation. The construction of infrastructure projects relies on government financial investment, and social cooperation relies more on the strength of village sage volunteers.

Many villages place more emphasis on blood transfusion than hematopoiesis, emphasis on construction rather than operation, emphasis on resources rather than integration, and emphasis on projects rather than driving. As a result, rural tourism has been rushed, and the lack of industrial support, lack of professional management and operation of thousands of villages has become a constraint to rural development. important factor.

In his view, the paths and logics to the path of common prosperity are different.

There must be more market thinking and planning for competition, branding, marketing, and competition mechanisms.

At the same time, there must be different levels of income on the basis of clear property rights.

At present, it is very difficult to confirm the assets in the village. At this time, it is very important to form a cooperative company system between the operation team and the collective assets of the village.

Industry insiders also believe that to develop rural tourism and promote rural revitalization, we should move from the original construction-centered thinking to the operation-centered thinking, gradually get rid of the model of "relying on government subsidies to promote rural revitalization", and pay more attention to the operation of professional teams, integrating resources, and deploying industries. , attracting investment and attracting talents, the government is more about formulating the rules of the game, improving the reward and punishment mechanism, and doing a good job of "the second in the shop", rather than doing everything in a big way.