The Ukraine war.. Battles to stop the Russian advance in Donetsk and Moscow accuses the West of continuing escalation

Ukraine said that it coordinated with the United States to speed up its supply of heavy weapons, at a time when its forces were engaged in battles to stop the Russian advance in the eastern Donbass region. 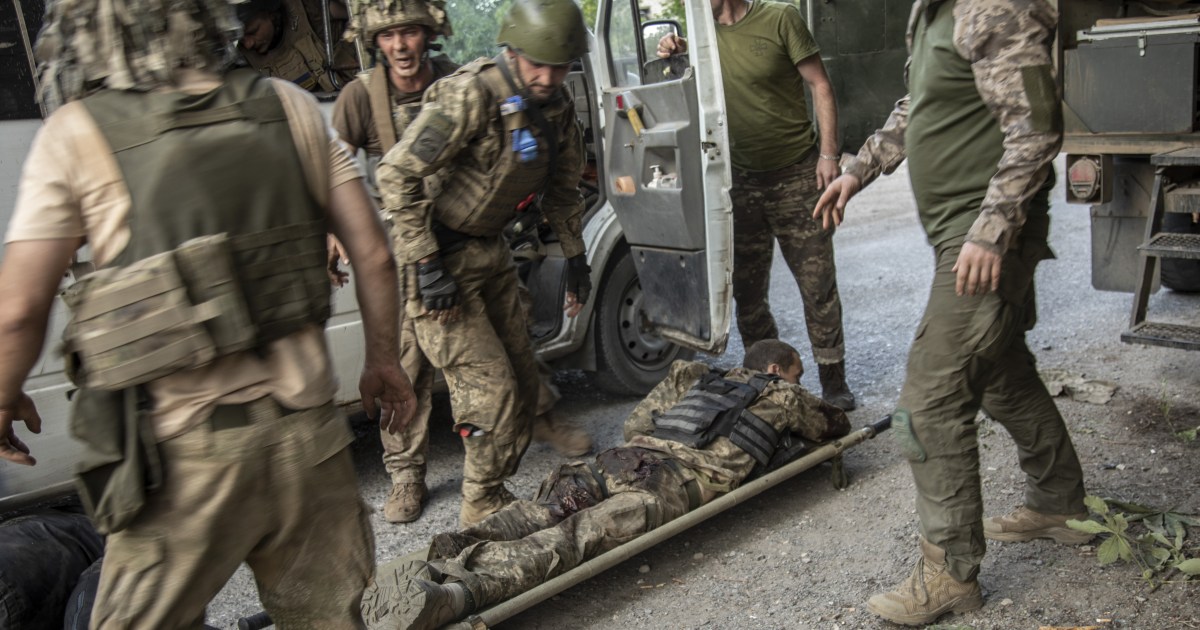 Ukraine said that it coordinated with the United States to speed up its supply of heavy weapons, at a time when its forces were engaged in battles to stop the Russian advance in the eastern Donbass region.

In a tweet on Twitter today, Wednesday, Ukrainian Foreign Minister Dmytro Kuleba said that he coordinated with his American counterpart, Anthony Blinken, steps on supplying Ukrainian forces with heavy weapons from the United States and other partners.

Kuleba added that he had spoken with Blinken, ahead of the meeting of the G-20 foreign ministers, which is being held on Friday in Bali, Indonesia, about putting what he described as Russian aggression in the spotlight and preventing Russia from spreading lies.

Over the past weeks, Kyiv has received batches of heavy weapons, including long-range howitzers, and missile-launching systems similar to the American "Himars" system, but it is demanding more of these weapons to be delivered to counter the massive firepower of the Russian army.

A week ago, the leaders of the North Atlantic Treaty Organization (NATO) pledged to continue supporting Ukraine militarily and economically until it regains its sovereignty. Last February, $7 billion.

For its part, the Russian Foreign Ministry said - today, Wednesday - that the West does not intend to abandon the escalation in Ukraine.

However, Western countries, in turn, accuse Russia of being determined to continue the war, leaving no chance for diplomacy.

In the field developments, Al-Jazeera correspondent reported the continuation of the battles and the exchange of artillery shelling between the Ukrainian and Russian forces on several axes in the Donetsk Province in the Donbass region.

The Ukrainian governor of Lugansk province said that fighting is currently taking place in the villages around Plesichansk, stressing that Russian forces have taken control of some of them.

After controlling almost all of Lugansk, Russian forces are seeking to storm major cities in Donetsk Province, such as Sloviansk, Kramatorsk and Bakhmut.

In the face of the Russian advance, the authorities in Donetsk called on about 350,000 residents to leave.

In Mykolaiv (south), Al-Jazeera correspondent reported the continuation of mutual shelling between Ukrainian and Russian forces.

Mykolaiv is a major shipbuilding center in Ukraine, and formerly in the Soviet Union as a whole.

In other developments, the Southern Operations Command of the Ukrainian army said that it destroyed missile and artillery systems, armored cars and two ammunition depots with two air strikes launched by its planes on Russian sites in the Blagodtny region, west of Kherson.

The Ukrainian Air Force also announced the destruction of Russian winged missiles fired towards the center and west of the country.

On the other hand, the Russian Defense Ministry announced - today, Wednesday - the destruction of its forces by its forces, two American "HIMARS" missile systems and two ammunition depots in the Donbas region, and the ministry broadcast pictures that it said showed the destruction of the targeted sites.

On the other hand, the border area separating Ukraine and Belarus is witnessing a cautious calm after Belarus launched military exercises on the border with Ukraine.

The Belarusian deputy chief of staff said that Washington was planning another conflict against Russia and its allies from Poland and the Baltic states.

Meanwhile, Ukrainian President Volodymyr Zelensky accused today, Wednesday, the Russian forces of not stopping taking the lives of Ukrainian citizens and frightening them, as he put it.

On the other hand, Russian Foreign Minister Sergei Lavrov, in statements he made in Vietnam, which he is visiting on his way to Indonesia to attend the G20 foreign ministers meeting, denied that his country is bombing civilians in Donbass, and said that regardless of what Zelensky and his team are promoting, the West should realize Responsibility for the killing of civilians.

Commenting on a question about the existence of Western efforts to exclude his country from the G-20 summit, Lavrov said that he does not know if there are attempts, but Moscow is invited to participate in the ministerial meeting of the Group of Twenty, which will be held in Indonesia.